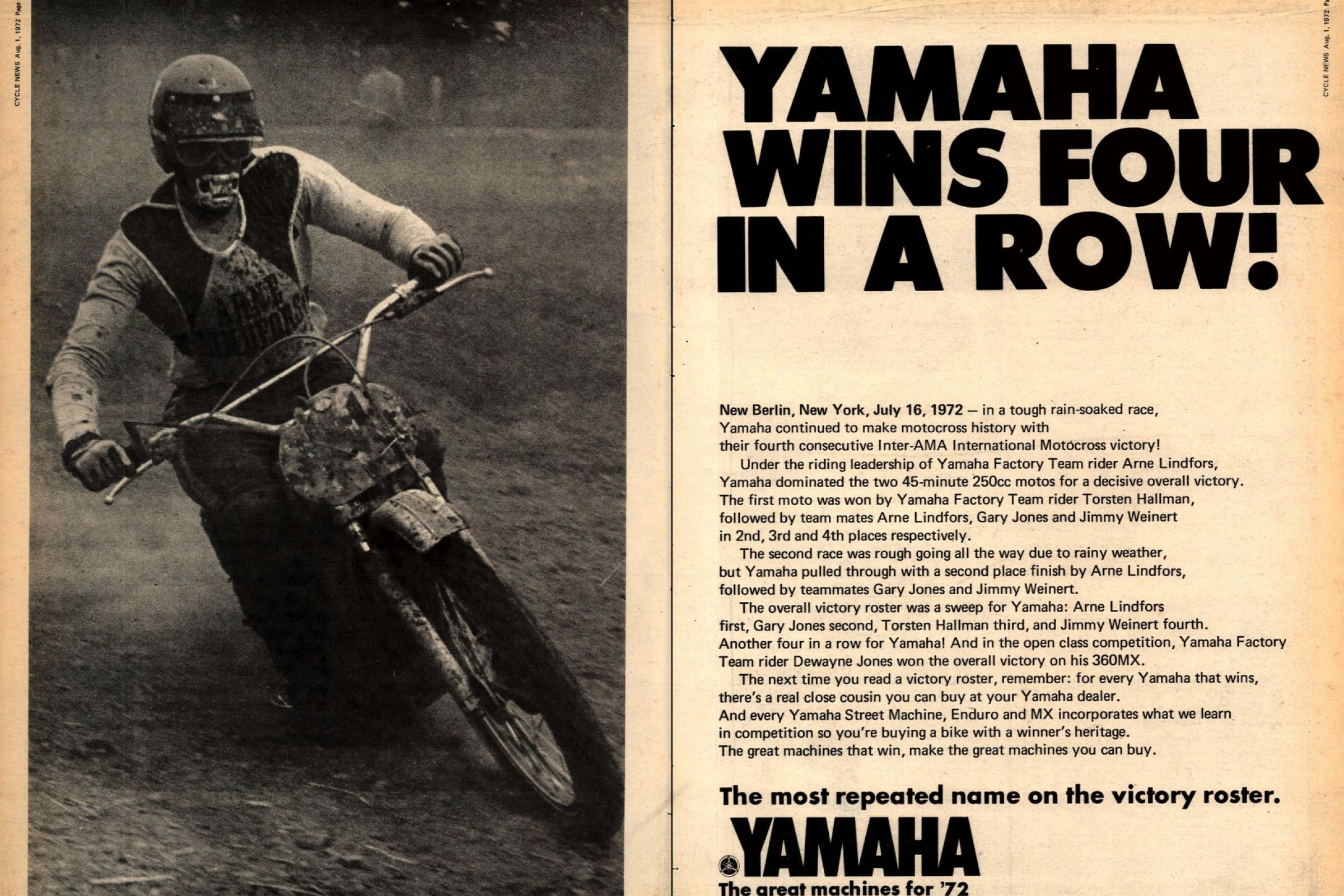 On This Day in Moto July 16

When the AMA took out of all the Europeans for the 250 National results, Jones was the winner, followed by Weinert, Husky rider Bob Grossi, Ossa rider Robert Thompson, and Ohio's Doug Sanger.

The Kenworthy's 125/250 National in Troy, Ohio, ended the 250 championship, and Team Honda's Jeff Stanton clinched the title with 4-DNF moto finishes. The newcomer to the team had won the 1989 AMA Supercross Championship already, and he had a sizable lead in the 250 Class series before the last race went bad for him. Kawasaki's Ron Lechien took full advantage, taking what would turn out to be the last major win of his career after a bad crash at the Steel City 500 National later that year left him with a broken femur.

Honda's Guy Cooper and Mike Kiedrowski went 1-2 in the 125 Class on the SX-inspired track, with Yamaha's Damon Bradshaw finishing third.

Another race at Kenworthy's, this one won by 1-800-COLLECT Honda's Jeremy McGrath. He took 1-2 scores to top Kawasaki's Mike LaRocco's 3-1. Third overall was Yamaha rider Jeff Emig, who ran 2-3 on the day.

In the 125 Class, Honda's Steve Lamson kept his own march to the title going, topping Ryan Hughes and Honda of Troy's Mike Brown in the overall tally.

In the 125 Class, Yamaha of Troy's Stephane Roncada topped the SoBe Suzuki of Travis Pastrana and the Pro Circuit Kawasaki of Tallon Vohland.

Ricky Carmichael's last visit to Unadilla as a professional netted another win—his eighth in ten visits—and, ironically, it was over the only man to ever beat him at 'Dilla for an overall win, Kevin Windham. K-Dub topped Ricky on 125s in 1997 and again in '03, when he was aboard the CRF450 to RC's CR250.

In the Lites class, Monster Energy/Pro Circuit Kawasaki's Ryan Villopoto won in his very first racing visit to Unadilla, topping Honda rider Andrew Short and Red Bull KTM's Mike Alessi, who was the first moto winner but only seventh the second time out.