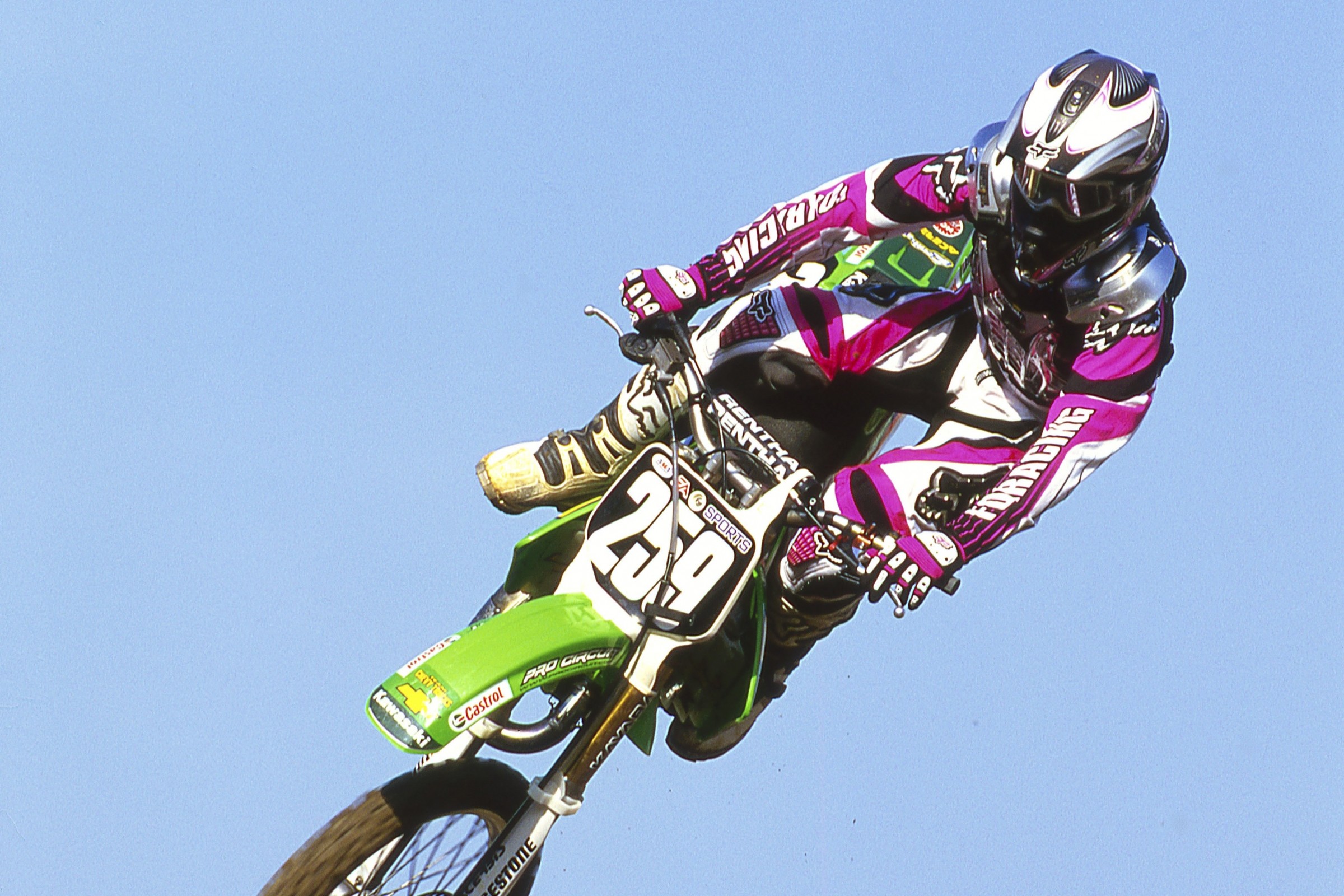 Last year’s Red Bull Straight Rhythm was rumored to possibly be the last, as the draw of watching the best riders compete in a different style of event was still stubbornly not coming to fruition. In 2016, the field was fairly loaded with James Stewart, Ken Roczen, and Ryan Dungey in the mix, but they were all Red Bull athletes. The event never drew top riders backed by other energy drinks, even though Red Bull sent an open invitation to all. Adding names like Eli Tomac and Jason Anderson to the mix would have been cool, but it wasn’t happening.

Then the RBSR concept stumbled onto some buried treasure. The inclusion of two-stroke class suddenly infused the event with smack talk and star power. Getting Ronnie Mac, Chad Reed, Stank Dog, and Ryan Villopoto in on the trash-talking act really sold, and stole, the show. Marvin Musquin and Shane McElrath won the regular Open and Lites (450 and 250) classes last year, but no one cared about that. They just wanted to watch the two-strokes.

Two-strokes have brought RBSR back from the brink, and unsurprisingly, the 2018 event is now for two-strokes only. The race will consist of two classes: 250cc+, and 150cc and under. This race was never designed to be that serious—it definitely won’t be now.

To further up the trash-talking ante, Red Bull has created a unique race-within-a-race idea for Straight Rhythm this year. Straight Rhythm has asked moto media outlets to build a two-stroke and find a badass to race it for one night. It will be Team Racer X against Team Vital, Team Transworld, Team DMXS Radio, and even some goon squad named Team PulpMX. Whatever.

Because Straight Rhythm is more for fun than for podiums, the wilder the idea, the better. We need to start brainstorming. Consider this a Halloween contest, with riders as characters and old two-strokes as costumes. Racer X will lock in our official rider and bike shortly—for now, let's throw some of the best ideas out there for The List.

1. Mike LaRocco on an old CR250R: Been a tough year for The Rock, as Justin Brayton and Chad Reed teamed up to take his two supercross records. If there's any race perfect for him, it's a race that's all about starts and sprints! We know Iron Mike has an old Honda two-stroke or two in his barn. It's time he gets back out there and shows Brayton and Reedy how the really old guys do it.

3. James Stewart on a KX125: Although technically a 125 should compete in the 150cc and under group, we know that a #259 Stew, when equipped with a flux capacitor filled with pre-mix, could go back in time and beat everyone on 250s, too. Anyone know how to get ‘hold of this guy?

4. Malcolm Stewart on anything: Mookie is so, so, so good at an event like this.

5. Travis Pastrana on the RM-Zilla: The 500cc two-stroke Travis rocked at the first Straight Rhythm has to be out there somewhere, although it's probably been flipped and crashed to hell. Which is about perfect.

6. Seth Enslow on a CR250R: Build the star of Crusty Demons a mega-ramp off to the side of the main line and see if he can just clear the whole track in one leap. And crash at the finish

7. Mike Alessi on a CR85: We're not sure about the jumps, but no one, no one, ever beat the combination of Mike and a Honda 85 off the line, ever.

It appears Ken now has a weapon in need of deployment:

She is finally here! 1996! Now, it’s time to get some parts to make her look even better and go rip that thing around the @motosandbox Should i make a video of me riding it when it is done?@honda_powersports_us

Okay, those are our ideas. What suggestions do you have? Which one do you like best?