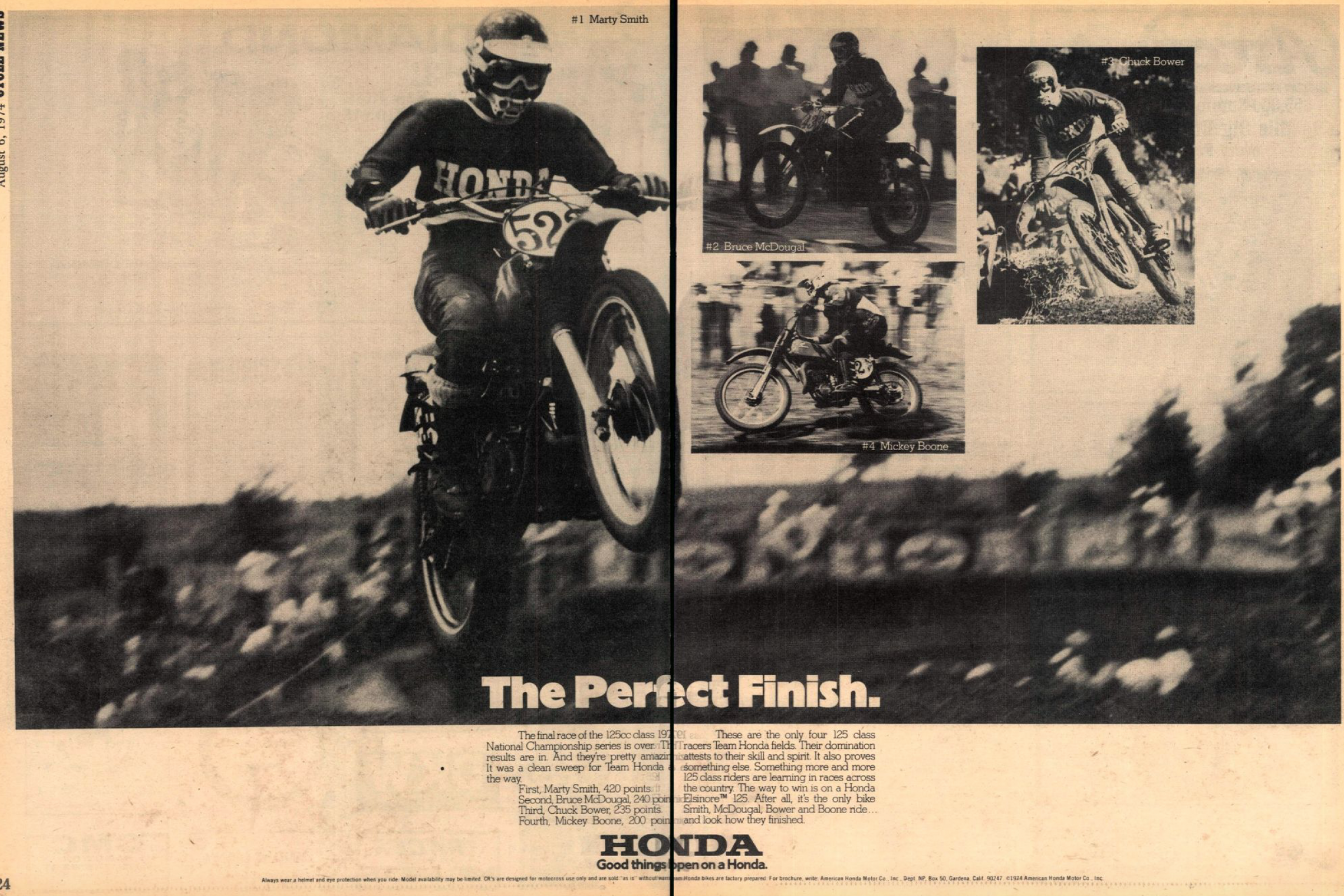 On This Day in Moto July 6

And check out the caption on this Cycle News photo of the start of the Baldwin Inter-Am:

It was another RedBud race, this time a combined 125/500 National. Team Honda's Rick Johnson took the overall win in the 500 Class with 4-1 moto scores. His teammate David Bailey was second with a 2-3, and Kawasaki's Ron Lechien was third with 5-4 scores. Johnny O'Mara won the first moto on his CR500 Honda, but slipped to eighth the second time out.

In the 125 Class, Windham topped Splitfire/Pro Circuit Kawasaki's Ricky Carmichael, one of only two defeats Carmichael ever had in his career at the famous Michigan track. Third overall was the man that RC was about to depose as the 125 National Champion, Honda's Steve Lamson.

Fast-forward to July 6, 2003, and Carmichael was in the midst of an epic 21-race winning streak in the outdoor nationals, going back to the summer of 2001. He won RedBud on a Honda CR250 after dispatching the CRF450 of Factory Connection-backed Kevin Windham. But Washougal was on the horizon, and Windham would get his revenge.

In the 125 Class, Team Chevrolet Kawasaki's James Stewart demolished the field on his KX125, but having missed the first four rounds of the series with a broken collarbone, he was nowhere near the points lead. Red Bull KTM's Grant Langston was fourth, his teammate Ryan Hughes fifth, and Pro Circuit Kawasaki's Mike Brown was seventh, all battling for the points lead.

James Stewart was in the midst of his perfect summer, going 1-1 on the factory Kawasaki KX450F.  Andrew Short would finish second on his factory Honda with 3-3 finishes while Suzuki-mounted Michael Byrne placed third overall with 4-4 scores. The runner-ups in each moto, Mike Alessi, and Tim Ferry, each failed to finish the other moto. Alessi, a Suzuki factory rider at the time, suffered this horrific crash...