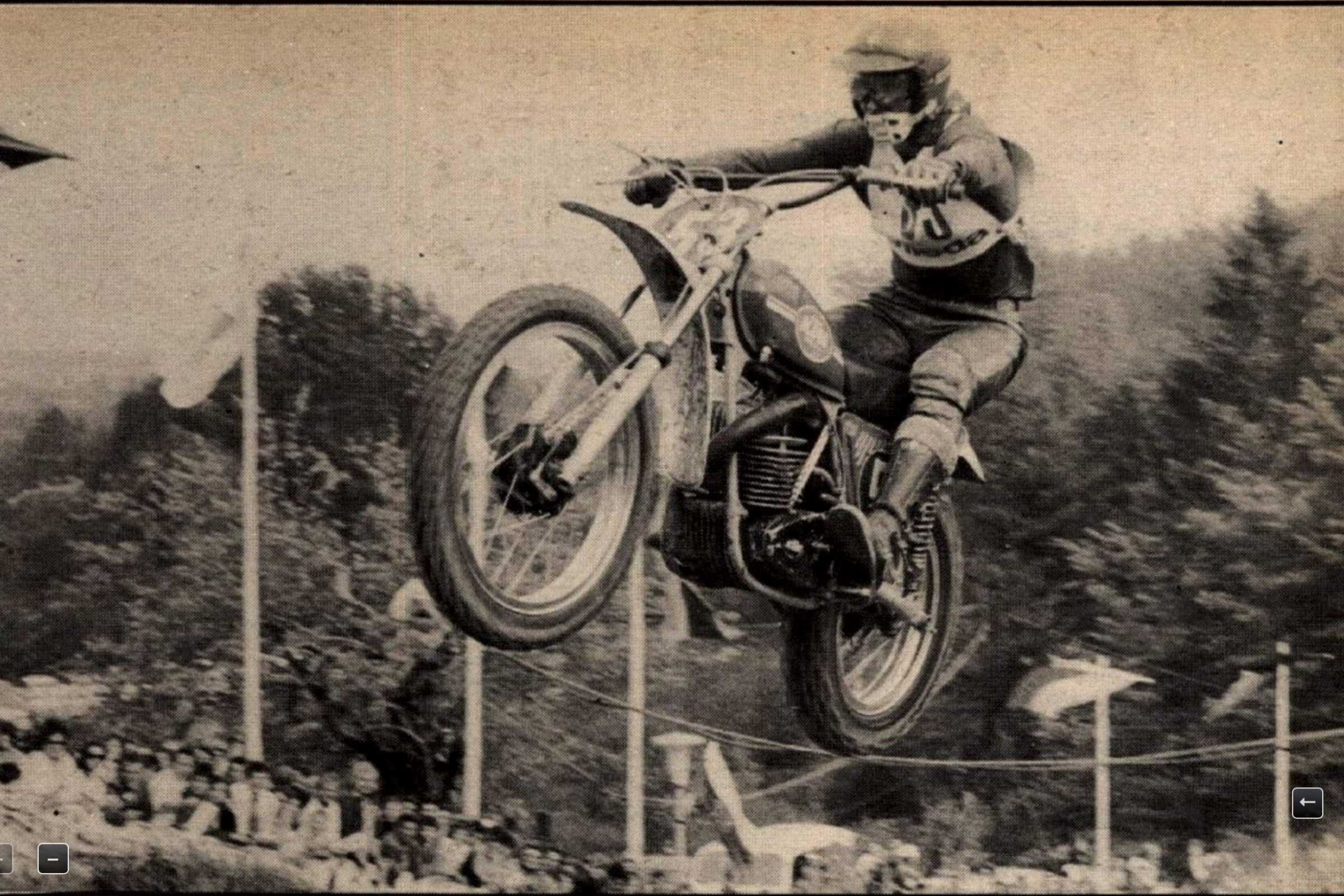 In a huge breakthrough for the Austrian motorcycle maker, KTM got it's first Grand Prix win when Russian star Gennady Moiseev won the Grand Prix of Yugoslavia. Moiseev won the first moto and then finished second to Hakan Andersson the next time out to win the overall. Finnish rider Heikki Mikkola was second overall aboard a Husqvarna. American rider Jim Pomeroy, in his rookie year in Europe, finished fifth in the second moto.

After missing three straight rounds due to an injury, Michele Rinaldi scored a popular win at Round 6 of the 1984 FIM 125cc World Championships in Switzerland. Rinaldi, tasked with keeping Suzuki's eight-year winning streak in this series intact, seemed completely out of the title chase, but on the same day that he got the win, the runaway series points leader Kees Van der Ven of the Netherlands suffered a broken finger, causing him to DNF the second moto. The KTM rider would miss the next race as well, causing a complete reshuffle in the championship standings.

Despite being dominant on the FIM 250cc and 500cc World Championship scene the past years, Suzuki had yet to win an AMA National until this day in 1973. It happened in Olive Brand, Mississippi, just below Memphis, Tennessee. The man to do it was Mike Runyard, riding the 500cc Class. Runyard won the last of three motos on the day and claimed the overall ahead of Kawasaki rider Peter Lamppu and CZ rider John DeSoto to give Suzuki it's first taste of success in the second year of AMA Pro Motocross.

Due to the big race at Hangtown yesterday, we forgot to mention Mike Alessi’s birthday. Mike turned 30 on Saturday.