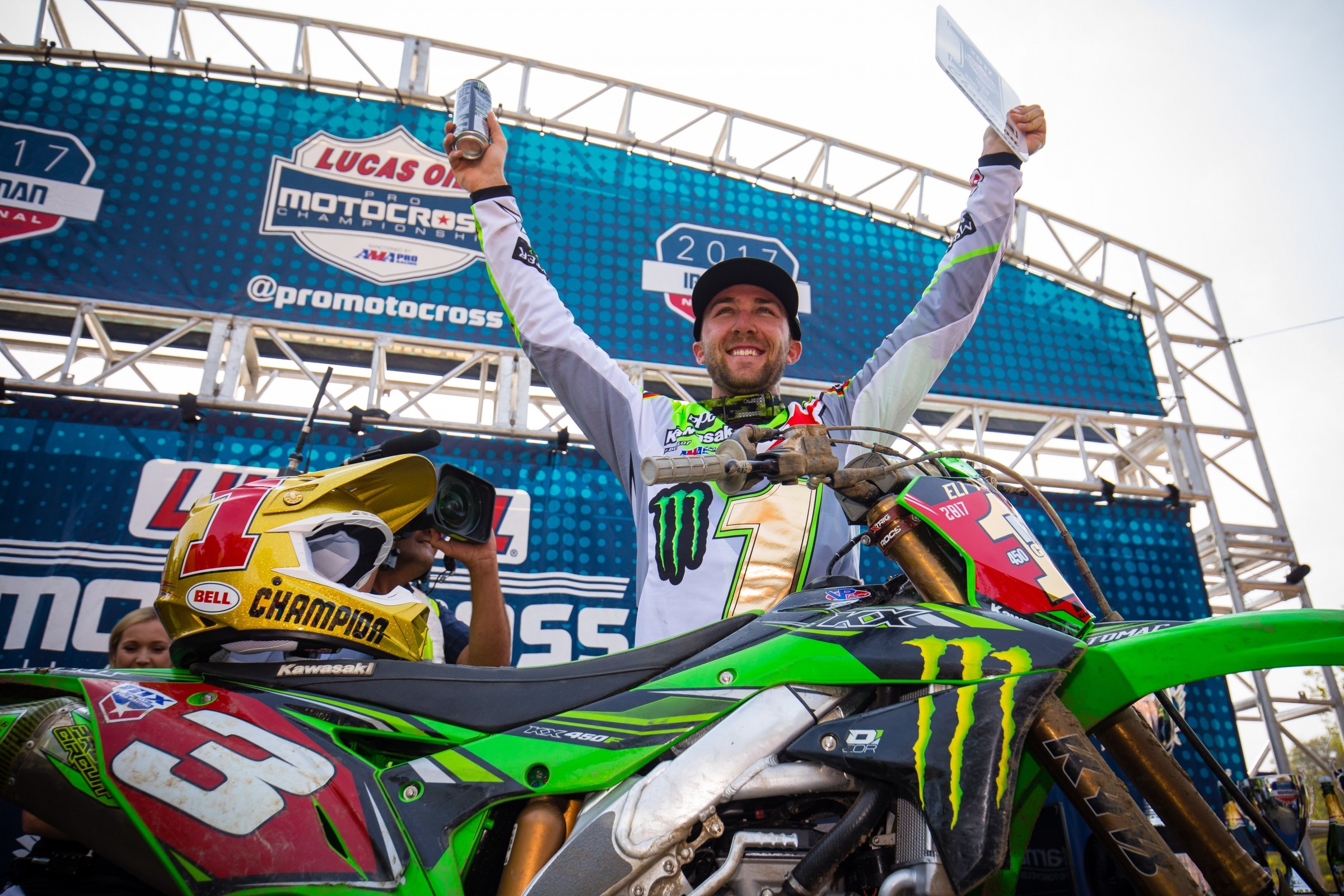 Comment: Seely will miss the entire Lucas Oil Pro Motocross Championship as he continues to recover from a fracture to his sacrum and the left and right side of his pelvis sustained in a crash at Tampa Supercross.

Comment: Craig moves up from GEICO Honda to fill in for Seely. He raced in place of the injured Ken Roczen in 2017 and finished 11th overall in the 450 Class despite missing two rounds.

Comment: Roczen had been out since February with a hand injury sustained at San Diego Supercross. A few days ago, Roczen posted on Instagram that he just completed his first full-length motos. Hangtown will mark the first outdoor race since August 27, 2016 for the two-time 450 Pro Motocross champion.

Comment: After his Sample B confirmed the results of his Sample A in a World Anti-Doping test conducted at San Diego, KTM terminated its agreement with Tickle. KTM has not mentioned hiring a replacement rider for Tickle.

Comment: Musquin finished runner-up to Eli Tomac in the 450 championship in 2017. He won six of the last ten motos to end the year.

Comment: Baggett is entering his second year with the team and recently signed a three-year extension to remain with Rocky Mountain ATV/MC-KTM-WPS through 2021. He was in the title mix in 2017 before injuring his thumb at RedBud. He still finished third in points.

Comment: Since turning pro following the 2015 Loretta Lynn Amateur National Championship, Bloss has competed in the 450 Class in Lucas Oil Pro Motocross. He finished 19th overall last year after missing the opening seven rounds of the championship with a shoulder injury.

Comment: Anderson missed most of last year due to various injuries, but he was in contention for overall wins when he was healthy. He’s coming off a grueling 450 title campaign in Monster Energy Supercross in which he captured his first career 450SX title. He won two motos last year, but has yet to win an overall, in either class, in Pro Motocross.

Comment: Although he’s back on the bike, Bogle is expected to miss at least the few first rounds as he continues to recover from a broken humerus and a small fracture to his L2 vertebrae sustained in a crash in San Diego.

Comment: Stewart was on a supercross-only fill-in deal with the team. He recently stated he does not plan on riding Pro Motocross this year.

Comment: Peick finished eighth in 450 Class points with the team in 2017.

Comment: The defending 450 Class champion is looking to repeat this summer. In 2017, he won nine motos and four overalls.

Comment: Grant is out for the opening few rounds as he continues to recover from a fracture to his right tibia sustained in Arlington.

Comment: Webb is expected to be out until at least after round four at High Point as he recovers from a fracture to his tibia and fibula sustained in Minneapolis.

Comment: Barcia started the year as a fill-in for the injured Davi Millsaps, but was signed through the end of 2018 when Millsaps announced his retirement.

Comment: A-Ray got the surprise call to fill in for Webb. He will begin racing at round two at Glen Helen and race through High Point, at which time it will be a week-by-week assessment until Webb returns.

Comment: The team is supercross-only and will not compete in Lucas Oil Pro Motocross.

Comment: The team will not have a 450 rider in Pro Motocross. A-Ray is filling in at Monster Energy Factory Yamaha.

Comment: The team was supercross-only. Cunningham and Miller will race outdoors as privateers. We’re unsure if Pipes is racing this summer.