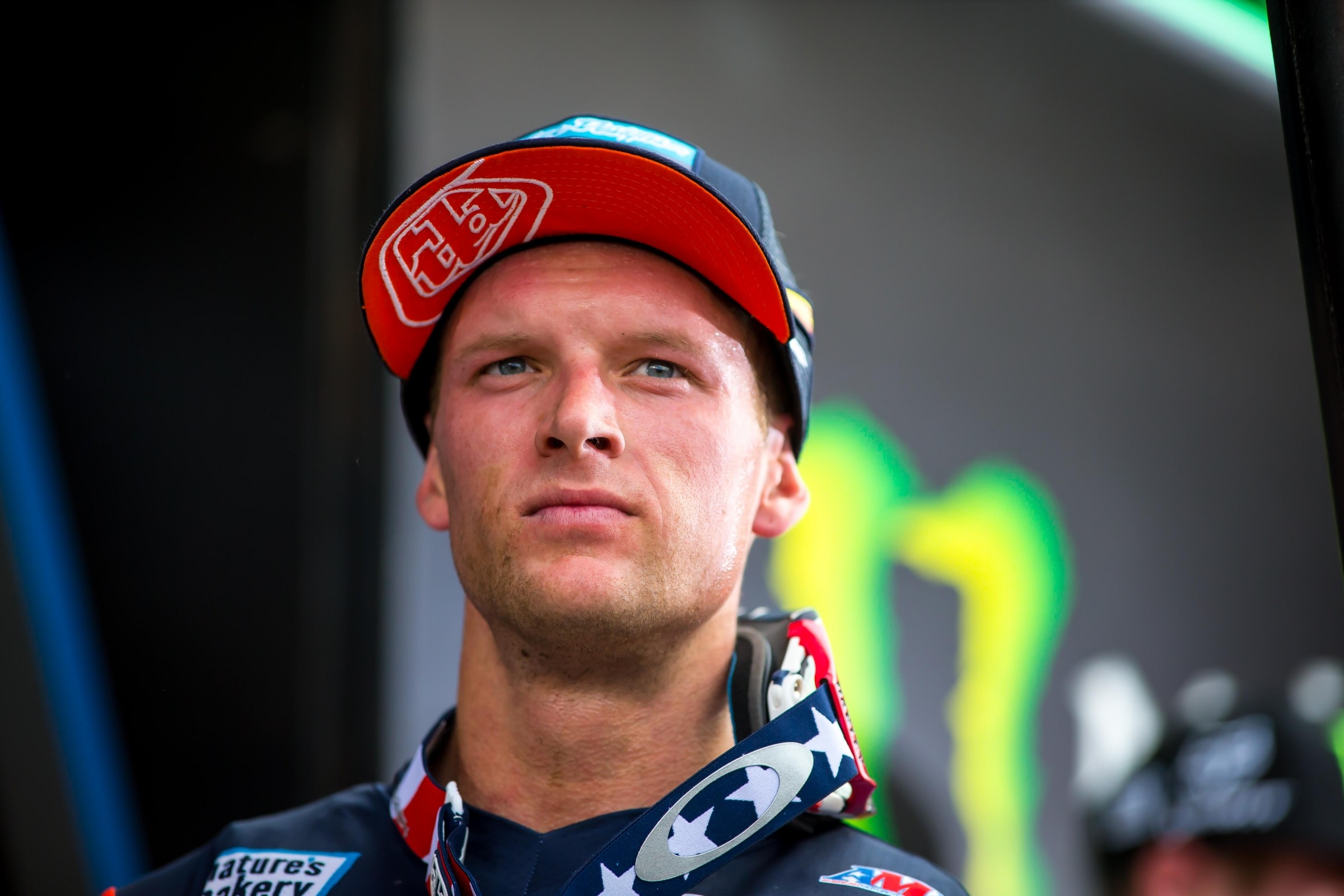 250 Words Is McElrath Better Than We Realize?

As soon as Ryan Dungey retired last year, attention shifted to KTM's future. Marvin Musquin is locked in as Red Bull KTM's go-to man for race wins right now, and he has delivered, but KTM is a brand set on domination in all series and all two-wheeled sports. Just one star? The brand has often doubled its chances, be it with Dungey and Ken Roczen as teammates a few years ago, Musquin and Dungey last year, or Jeffrey Herlings versus Antonio Cairoli in MXGP. Broc Tickle got the nod in Dungey's spot for 2018, but his future is now very uncertain following his provisional suspension from competition due to a WADA anti-doping test.

Even before Tickle's suspension, though, KTM's future still drew attention. Tickle has always been solid, but would the brand also be on the lookout for a huge talent? What if Cooper Webb went back on the free agent market? (His deal is up at the end of this year.) What if Aaron Plessinger was up for grabs? Plus, KTM always has a stockpile of European talent, under the same program that imported Musquin and Roczen.

One name, oddly, that doesn't get brought up is Shane McElrath. Over the last two seasons in 250SX West, the Troy Lee Designs/Red Bull KTM rider has proven as capable as anyone in supercross. He battled for last year's title against Justin Hill (it would have been much closer had Shane not suffered a mechanical problem while leading a race last year) and won this year's Anaheim opener.

Saturday's Salt Lake City ride was his signature moment, though, as all the 250SX West big names started up front. Savatgy, Cianciarulo, Plessinger, Hill, and McElrath himself had the start needed to win the race, and it was Shane who made the moves, got the lead, and went on to take the win. Still, when future 450 names get batted around, you'll hear much of names like Hill, Plessinger, Cianciarulo, and Zach Osborne, but McElrath's name barely pops up.

He'll need to cement these rides with some stronger outdoor results in Lucas Oil Pro Motocross. He hasn't been as good as some of the above names outdoors. He hasn't shown the eye-popping 450 skills like Hill has. Mostly, though, Shane is plowed under due to his rags-to-riches amateur career. Shane was always more of a project than a phenom, so while many names in the 250 class feel like they've been around forever, the industry is still new to the idea that Shane McElrath is right there with the elite. He keeps proving that he is, though. Perhaps KTM's future is closer than it seems—maybe right next door? Shane is making his case. We'll see where he ends up.