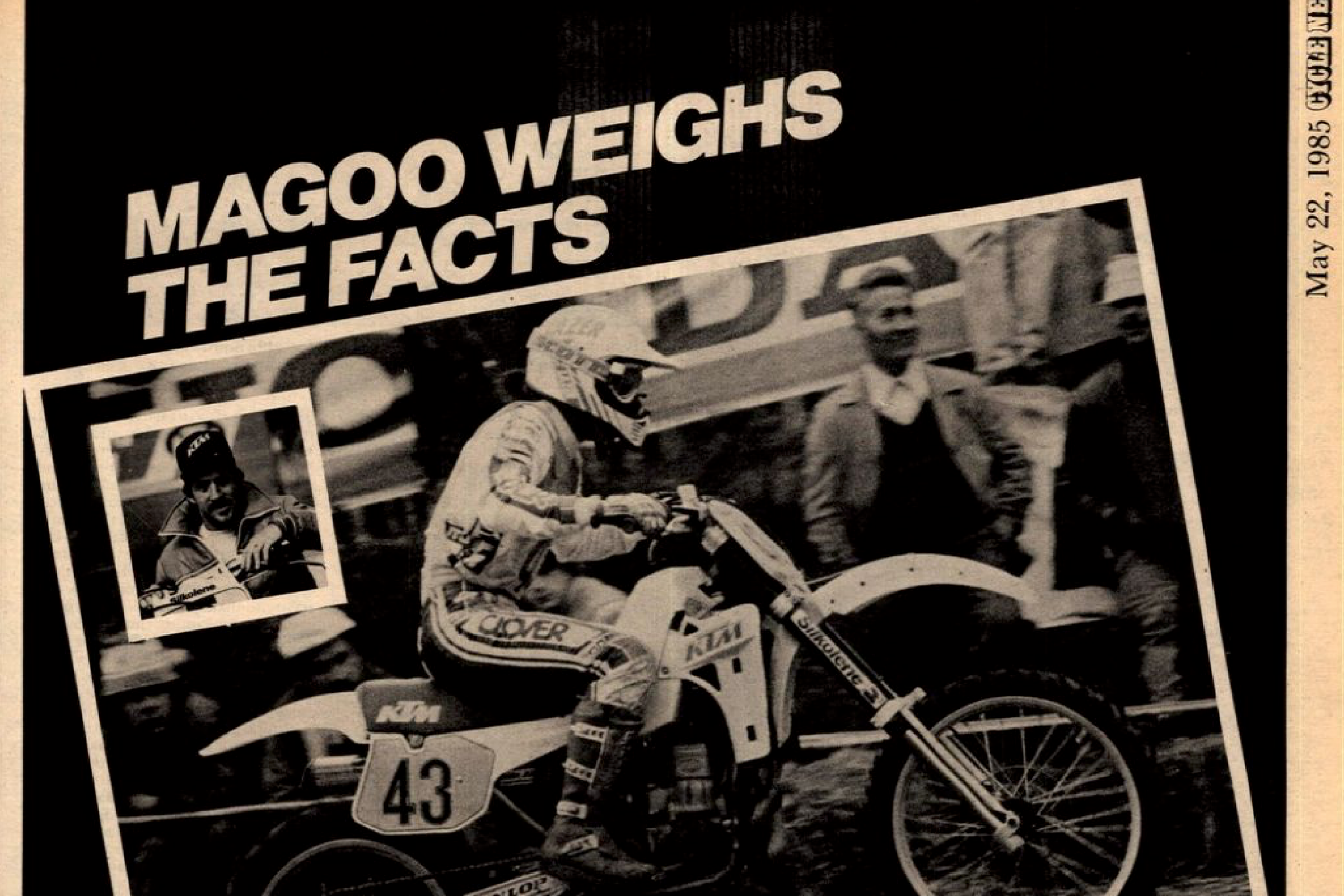 On This Day in Moto April 21

Over in France, U.S. rider Danny "Magoo" Chandler won the 500cc Grand Prix, his one and only win in his '85 season in Europe. It's only Magoo's second race on the KTM, after rocketing to fame as a Maico factory rider, then a Suzuki 125cc pilot, and finally as a Honda factory rider. Finishing behind Chandler were the mighty HRC factory trio of David Thorpe, Eric Geboers, and Andre Malherbe.

That same afternoon in Italy, Cagiva-mounted Corrado Maddii went 1-1 in the 125cc Grand Prix at Faenza to top his Cagiva teammate Pekka Vehkonnen of Finland. Davey Strijbos of the Netherlands finished third.

And in the 250 class at Schwanenstadt, Austria, Gert Jan Van Doorn of the Netherlands also went 1-1 aboard his Venko Honda, topping hometown hero Heinz Kinigadner and his French rival Jacky Vimond.

One of the sport's all-time good guys, Andrew Short, gets the one and only AMA 450 Supercross main event win of his career at Seattle's Qwest Field, topping Red Bull KTM rider Ken Roczen (on a 350) and Kawasaki factory rider Jake Weimer. Monster Energy Kawasaki's Ryan Villopoto, who had already clinched the championship, suffered a season-ending left knee injury that also knocked him out of the chance to defend his Lucas Oil 450 Pro Motocross Championship.

The 250 SX class would be won by Star Racing Yamaha's Ryan Sipes, ahead of KTM's Marvin Musquin and GEICO Honda's Eli Tomac.

The first night of the Pontiac doubleheader went to Yamaha's Damon Bradshaw, with Honda's Jeff Stanton and Suzuki's Mike LaRocco rounding out the podium. The 125 class winner was Suzuki's Denny Stephenson, with privateer Honda rider Mike Jones second and Suzuki's Steve Childress of West Virginia third. (Childress, the one and only West Virginian to ever make a 125 SX podium, is now a dentist.)