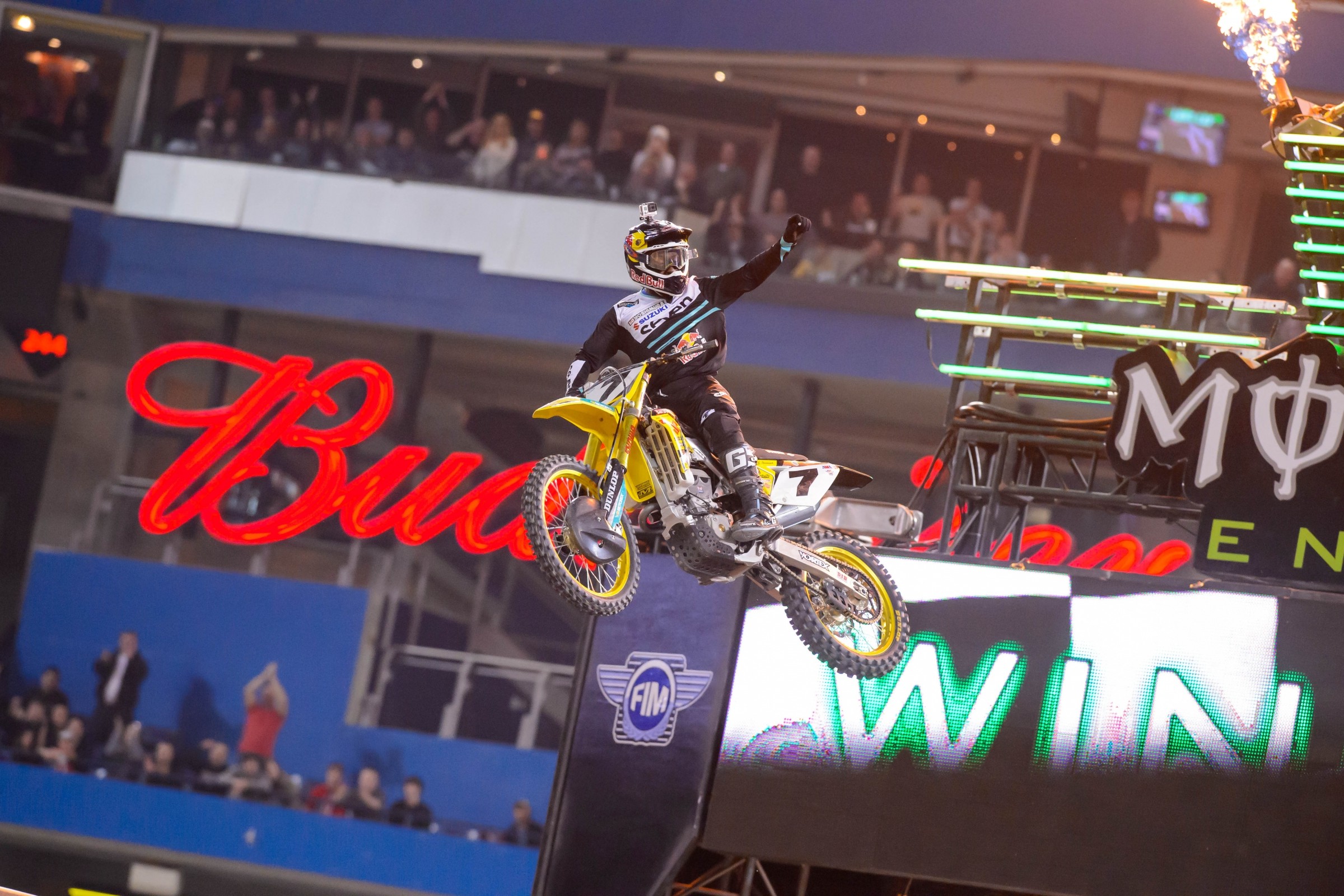 On This Day in Moto March 22

The AMA Supercross Championship was completely upended when Yamaha's Doug Henry, winner of two early rounds, collided with Jimmy Button and suffered a fractured and cut hand in the Houston Astrodome, knocking him out of what was shaping up as decent shot at the title. Kawasaki's Jeff Emig won to continue staying ahead four-time champion Jeremy McGrath of Team Suzuki, who placed third, with Yamaha's Ezra Lusk second. Henry was only three points behind Emig at the start of the race.

In the 125 class, Yamaha's Kevin Windham got his fourth win of the season. Honda rider Robbie Reynard was second, with Kawasaki rider Pedro Gonzalez of Mexico third.

After seeing Honda's Ricky Carmichael win seven of the first ten rounds in AMA Supercross, Yamaha's Chad Reed, in his first full year in the 250 class, got on the first hot streak of his legendary career. He won St. Louis, beginning a run of six straight races to end the championship. But Carmichael was second every single time, and Reed ended up seven points short at the end of the championship. Incredibly, RC's Honda teammate Ernesto Fonseca finished third in all six races, for six identical podiums.

In the 125SX East Region, Suzuki's Branden Jesseman kept his march toward the title going with a win in the Houston Astrodome over KTM's Steve Boniface and Pro Circuit Kawasaki rider Mike Brown.

James Stewart got a second straight win, this time in Toronto in the chase for the 2014 Monster Energy AMA Supercross Championship. It was a superb come-from-behind ride for Stewart. The rest of the top five were Justin Barcia, Ryan Dungey, Justin Brayton, and Ken Roczen. The eventual series champion, Ryan Villopoto, was sixth.

The winner of the 250 class was GEICO Honda Justin Bogle, which also happened to be his first career win. Series points leader Adam Cianciarulo had to pull out when his shoulder popped out of its socket, ending his season.