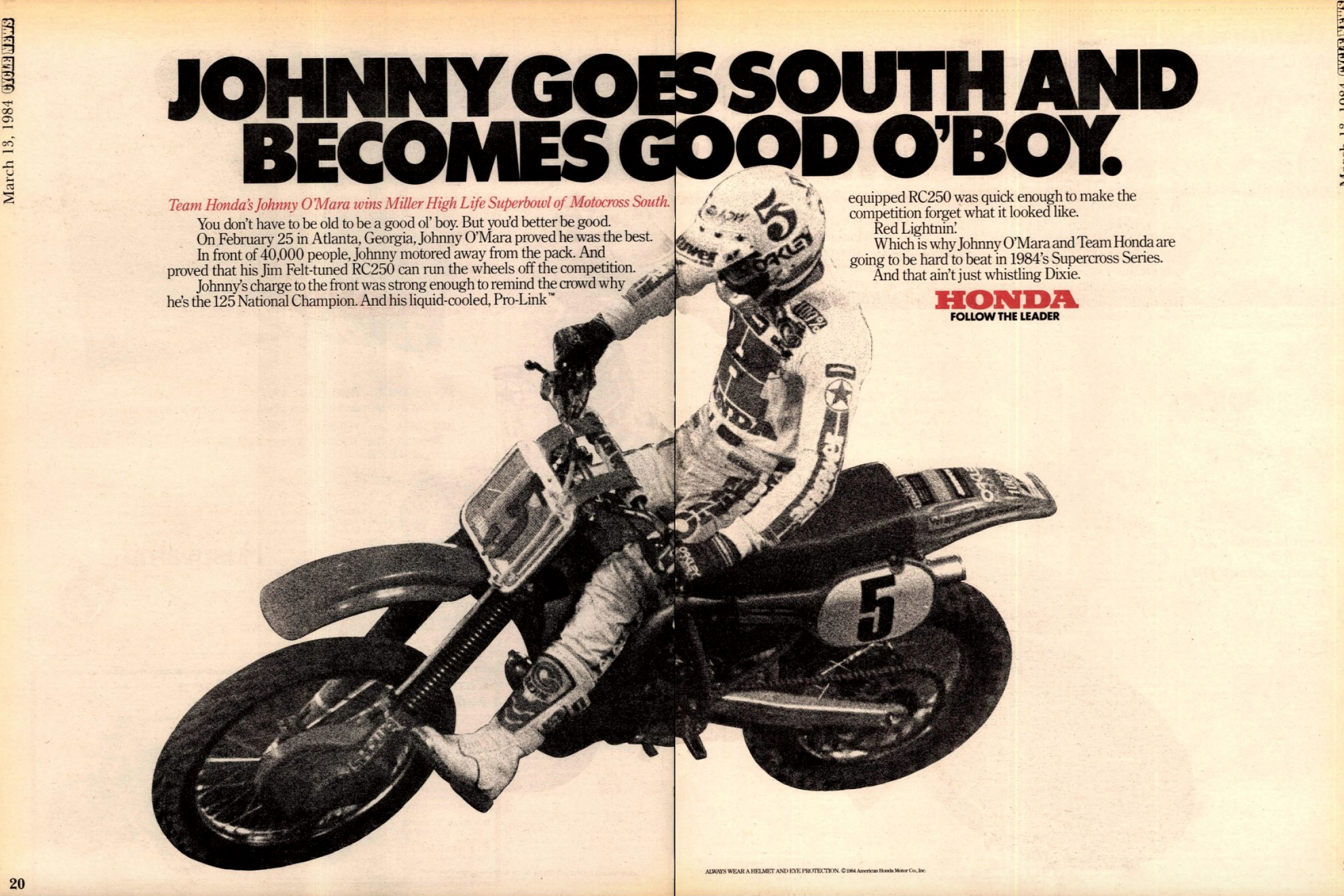 On This Day in Moto February 25

After watching his Honda teammate and captain Rick Johnson win the first five rounds of the 1989 AMA Supercross Championship, Jeff Stanton gets the first win of his professional career at Atlanta's Fulton County Stadium after RJ and Guy Cooper make mistakes in the main event—Cooper's a spectacular crash. Stanton, who will go on to win three AMA Supercross titles and three AMA 250cc Pro Motocross Championships in the next four years, lead Johnson and Suzuki's Johnny O'Mara.

The winner of the 125 Class was Yamaha's rookie sensation Damon Bradshaw, from just up the road in Mooresville, North Carolina. Suzuki's Ty Davis and Honda's Mike Kiedrowski, both future AMA Motorcycle Hall of Famers, rounded out the podium.

Kawasaki's Mike LaRocco got the win at the Atlanta Supercross inside the Georgia Dome. His teammate Mike Kiedrowski finished second with Yamaha's Jeff Emig third. Team Honda's Jeremy McGrath, who, like Johnson in ’89, had started the season with five straight wins, was wearing a helmet camera with a battery and a recording device for the race. Jeremy probably would have won six in a row had he not slammed into the back of Honda of Troy's Michael Craig as he was going for the lead. After that everyone seemed to think the helmet cam was bad luck, and it became difficult to get any of the top riders to wear it during the races, at least not until the lightweight GoPro came of age.

Factory Connection Honda rider Josh Grant gets the first win of his professional career in the Lites main event at the Georgia Dome, taking advantage of a mistake by Team Honda's Davi Millsaps, who crashed while all alone out front.

Late, in the 450 main event, Makita Suzuki's Ricky Carmichael took the win over Yamaha's Chad Reed and Kawasaki's James Stewart. Carmichael, who was furious before the race after the FIM announced that his gasoline had traces of lead in it from a previous round, was pressured by Reed the whole way after Stewart, his other usual challenger, went down in the first turn.

Anyone remember these Kawasaki Power Wheels that were released in 2002?