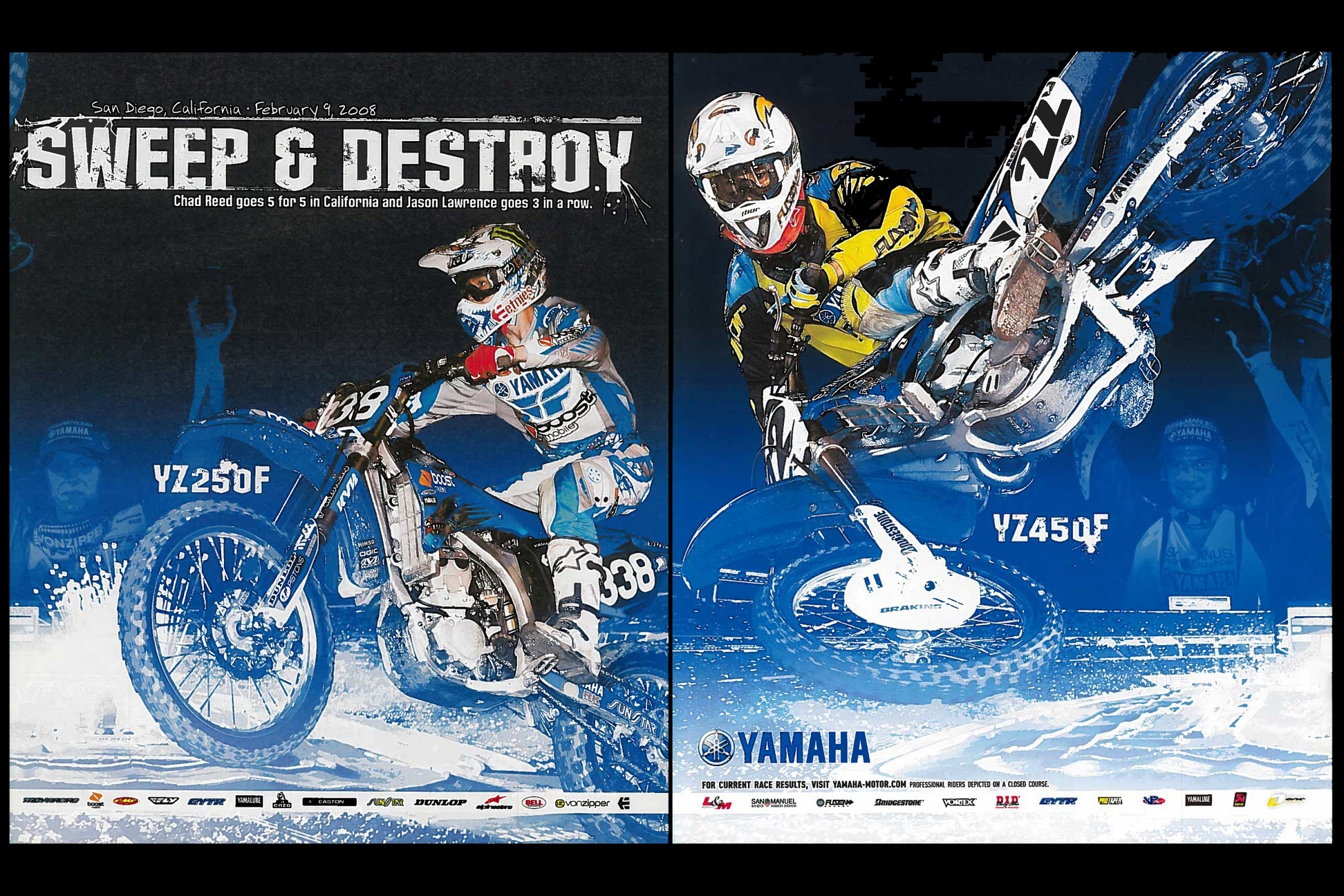 On This Day in Moto February 9

Team Yamaha's Mike Bell won the first night of the Seattle SX doubleheader at the Kingdome. Suzuki's Danny LaPorte and Honda's Warren Reid finished second and third, career-bests for each in AMA Supercross. Defending series champion Bob Hannah finished fourth but was about to begin asserting himself on the way to a third straight title.

One year later, Bell would again win the first night of the Seattle SX, which was actually the opening round in 1980, but this time Hannah wouldn't be lurking behind him. The Hurricane is out with a broken leg, and he will not be able to defend the title or even race until the very end of the calendar year after breaking his leg the previous September while water-skiing at Lake Havasu.

Bell's Yamaha teammates Broc Glover and Marty Tripes would finish second and third in Seattle—and Tripes was the unlucky guy driving the boat pulling Hannah when he went up into some rocks.

The 125cc winner for the third race in a row was PEAK/Pro Circuit Honda rider Jeremy McGrath.

Entrepreneur Al Baker, founder of Al Baker's XR's Only, passed away at the age of 41. Baker, an off-road enthusiast and motocrosser, was in a vegetative state of coma for the better part of three years after crashing in a light aircraft he was flying in Arizona. Baker was known for his work alongside Honda and for helping discover a young Johnny O'Mara when he was helping Hiro Honda, the son of Honda founder Soichiro Honda, with his Mugen Honda project. Baker pointed out Honda to O'Mara, and together they would stun the world with a win at the 1980 Valvoline 125cc U.S. Grand Prix.

Ron Lechien rounded out his weekend sweep of the Seattle Kingdome SX, adding a second win in as many nights. Yamaha's Broc Glover was second ahead of Lechien's Honda teammates Johnny O'Mara and Bob Hannah.

At the U.S. Cellular Arena in Milwaukee, Buddy Antunez earned his 100th win in arenacross racing, five years after earning his first win in the series back on November 8, 1996.