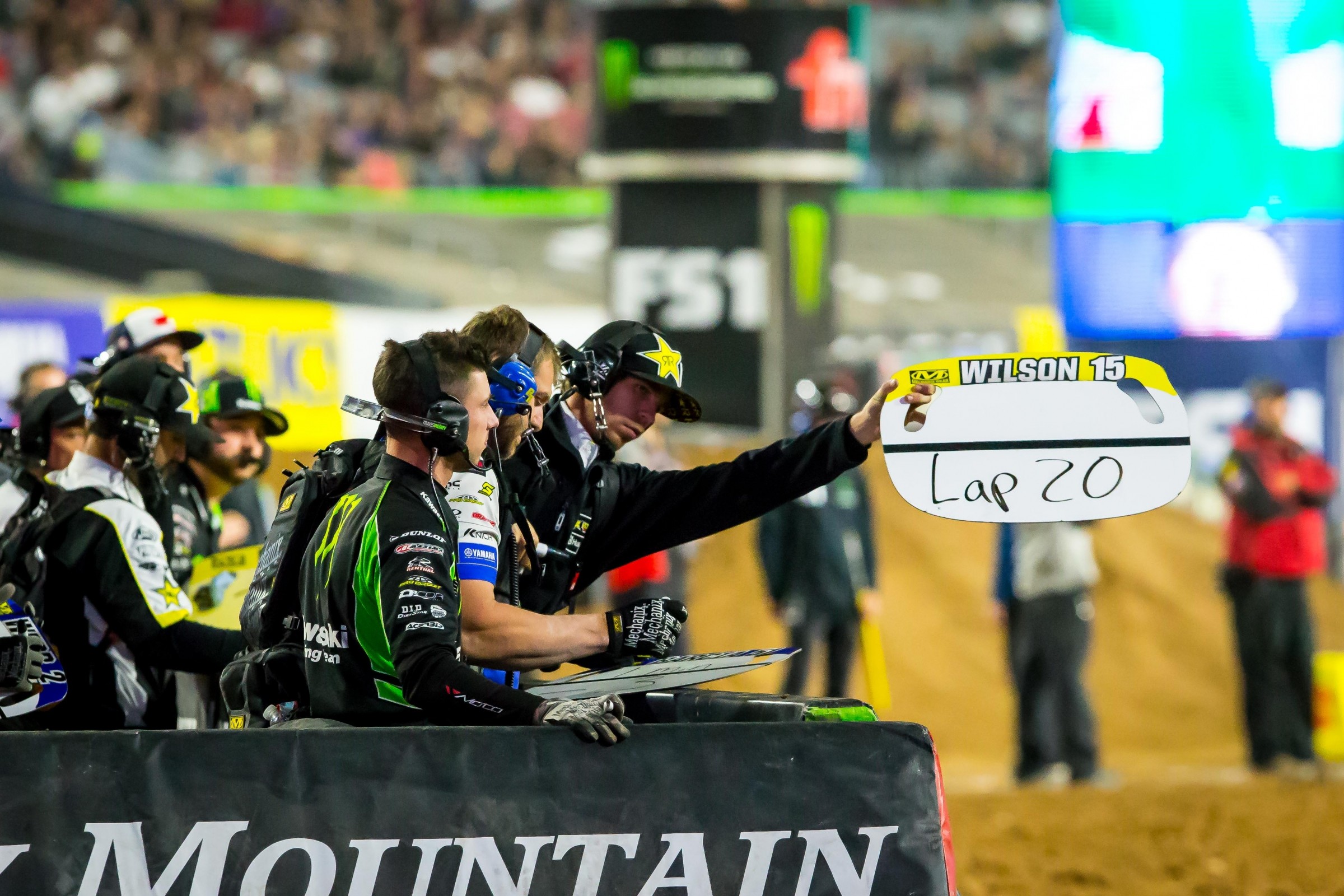 A great track placed inside University of Phoenix Stadium gave us a fantastic night of racing, from the heats through the mains. Challenging rhythm sections and decently large whoops allowed the riders to either make up big time on their competitors or lose big time.

In 250SX, Aaron Plessinger was the fastest rider on the track and grabbed the fourth supercross win of his career over Shane McElrath and Adam Cianciarulo. With the win, he steals the red plate from McElrath and Joey Savatgy, who were in a tie.

In 450SX, Eli Tomac went wire-to-wire and cut a big chunk out of his championship deficit. He now trails Jason Anderson by 36 points and finds himself only one point behind Marvin Musquin, who has struggled with a shoulder injury.

As I was watching the supercross broadcast on Monday night and was just about to finish up the second 450 heat race, everything seemed pretty normal. Anderson had a decent lead, so I started to get up off the couch to make myself a pizza so I could have a solid snack ready for the main events. Then, suddenly, on the second-to-last lap, the broadcast cut to a shot that showed Broc Tickle, Cole Seely, Vince Friese, Blake Baggett, and Cooper Webb nearly wheel to wheel in the rhythm section before the whoops.

I thought it was pretty interesting how each rider got to that position, as Seely and Baggett had an issue off the start and had to work their way forward throughout the heat race while Friese, Webb, and Tickle all seemed to steadily work their way backward. I charted out each rider's distance behind Anderson so you could see how they eventually got bunched up with just a lap to go.

When watching the 250SX main event, it was pretty clear that Aaron Plessinger was the fastest guy. He got a good start and blasted by Joey Savatgy within a couple laps, then made a questionable move on Shane McElrath to get into the lead.

It's interesting that Plessinger wasn't able to log the fastest time in any of the track's four sections. In fact, if you calculate their potential times based on their best segment times, McElrath actually has a quicker time. What the race came down to, as it always does, was consistency. Plessinger was the most consistent section to section, which allowed him to get the fastest lap of the race.

His best section was the second. His top time was just a hair off of Adam Cianciarulo's and he was able to consistently triple out at the end of the section and cut to the inside of the corner all while standing on the pegs. Check out the top-five times for each section below.

And here's Plessinger using that sweet line to easily get by Savatgy.

Plessinger, McElrath, and Savatgy all seem to be playing hot potato with the red plate, as it has exchanged hands at every single round this season. The points chase was the tightest after Anaheim 2 with just two points separating the three riders, and now we have a little separation with a whopping five points separating them. It's still anyone's championship, and it's pretty likely we'll see the red plate swap bikes a few more times this season. Who do you think walks away with the championship lead after Oakland?

Who has the red plate after Oakland?