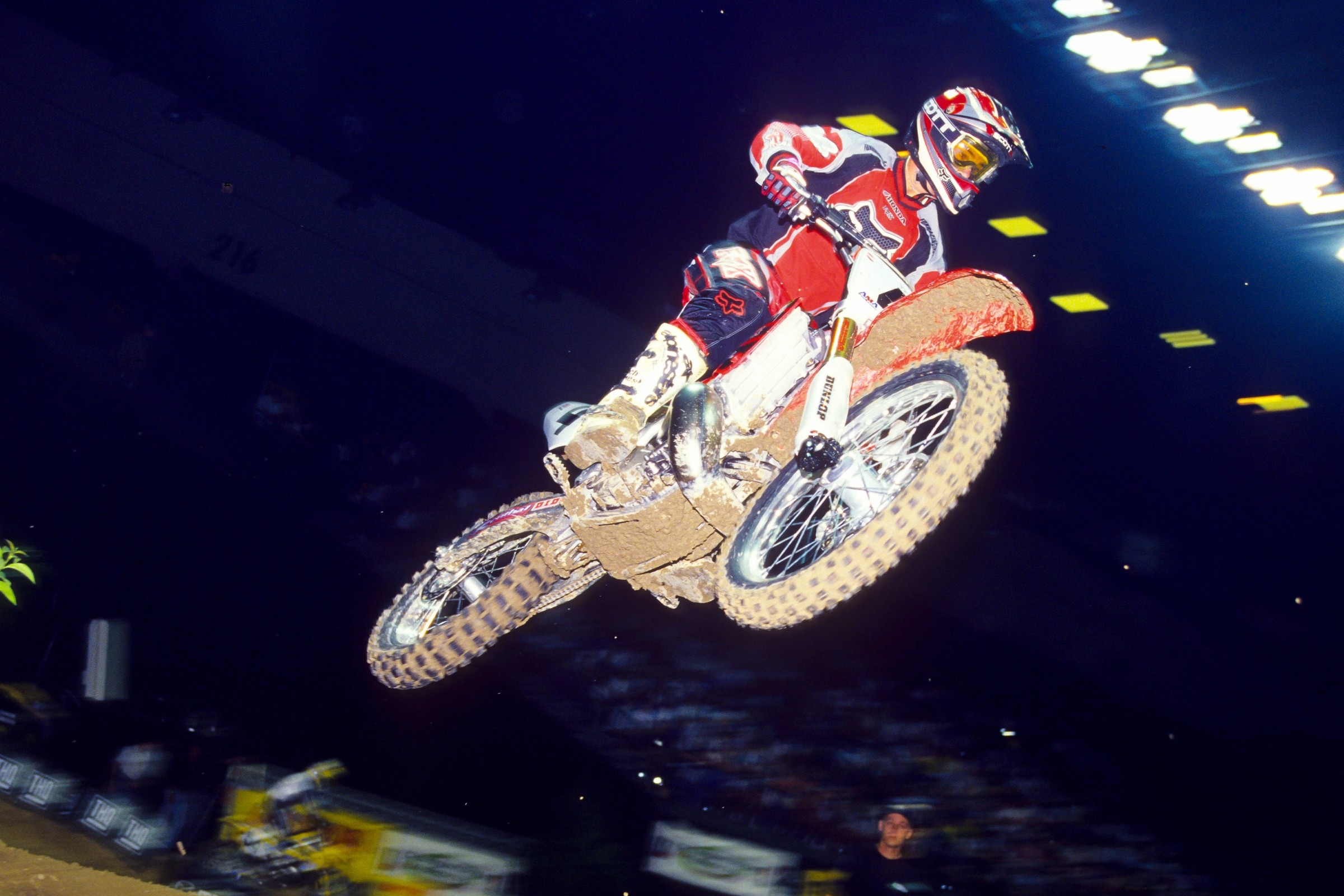 On This Day in Moto January 9

Broc Glover, Gaylon Mosier, and Ron Turner top the $2000 AMC Motocross at Saddleback Park. It was Broc's first official ride as a Yamaha factory rider. By the end of the season, he would dethrone his teammate Bob "Hurricane" Hannah as the AMA 125cc National Champion, the first of his six AMA Motocross titles (seven if you count the old Trans-USAs).

Suzuki’s sophomore factory rider Ezra Lusk wins his first 125SX race in the season opener, which took place in Orlando at the Citrus Bowl. Coincidently, the second round of the '93 season took place in Houston and third round in Anaheim, just like stops two and three on the 2018 schedule.

January 9 was good for Ezra. Along with his ‘93 125SX win, Lusk won the 1999 season-opening Anaheim 250SX on the same date. In his entire career, Ezra raced two times on January 9th and won both races.

But back to that season-opener in Orlando in '93. Lurking back in fourth place was two-time 125SX West Region Supercross Champion Jeremy McGrath, now a full-on member of Team Honda and having taken the place of the departed-to-road-racing Jean-Michel Bayle. Kawasaki swept the class with Mike LaRocco first, Mike Kiedrowski second, and Damon Bradshaw third. McGrath said of his fourth-place finish, “I can’t say I wasn’t nervous. I made some mistakes out there; I hit a hay bale over a jump when I got crossed up over a jump. But I’m happy. Pretty much the only difference between the 125 class and the 250s is that you have to keep the pace the whole race. There is no letting off.”

Here’s that 1993 video, hosted by Dave Despain and Larry Maiers:

Mark Reynolds, an athlete representative with Fred Bramblett's OMS Sports, who then worked most closely with Team Yamaha's Tim Ferry, was attacked and killed by a mountain lion while mountain-biking in Whiting Ranch, not far from Angel Stadium in Anaheim. The attack made national news, as later in the day the 110-pound cat also attacked a female hiker before sheriff's deputies could find the animal and kill it before it did any more harm.