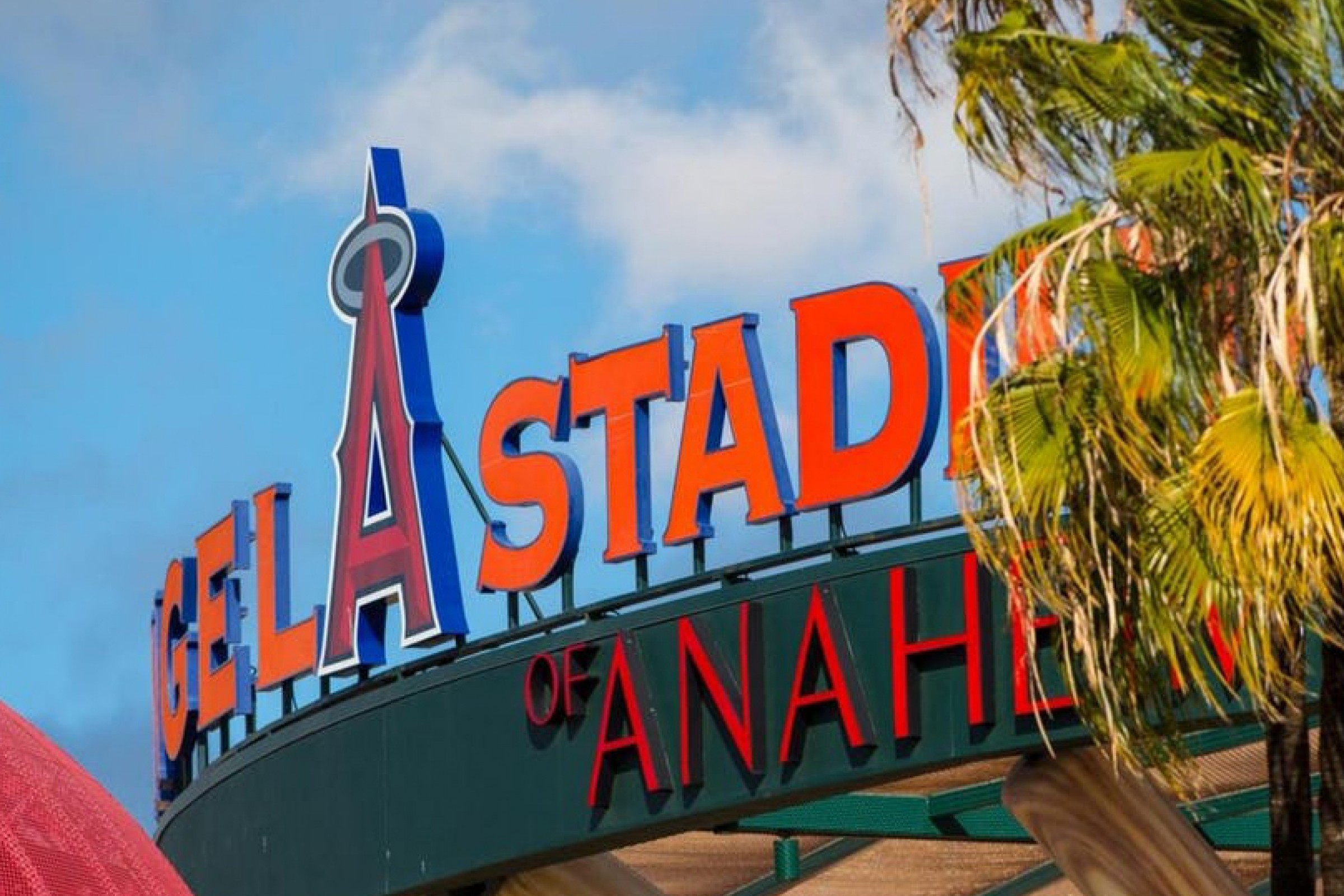 It’s GO TIME! Months and months of waiting are finally over. All of the hype, anticipation, and bench racing nonsense have finally given way to the biggest supercross event of the year. The entire motorcycle world will descend upon southern California this weekend to watch the world’s best supercross racers start the 2018 season. The holidays are over; it’s time to go racing.

If you’ve never been to Anaheim 1, you probably haven’t felt a motorcycle race this electric. There is so much excitement, nervous tension, and “what-if’s” from riders, teams, and fans alike. No one knows what will happen when the lights come on. All of the hard work put in during the off-season will be on display. For riders switching teams, it’s a new beginning. For championship contenders, they have the weight of the world to have a good Anaheim showing. For the privateers, making the main event at A1 is a rite of passage. Everyone has their own agendas and reasons to be nervous. As for me, I am just excited to be there!

The contenders are all coming in with their own list of reasons why they will be the man to beat in 2018. Last year’s winner, Ken Roczen, is coming off of his gruesome Anaheim 2 injury and will be seeing his first race action in nearly a year. He won the only two races he finished last year, so look for him to be confident from the get-go. If he is able to nail the start and get out front early, he might just run away with the opener just like he did in 2015 and 2017.

Marvin Musquin has been the king of this year’s off-season. If anyone could claim momentum being on their side, it would have to be Marv. He started the swing off by going three-for-three at the Monster Energy Cup, pulling in a cool million along the way. His next assault would be at Red Bull Straight Rhythm, and then on his home soil of France, where he won the overall both nights at Paris SX. Lastly, he went on to dominate the Geneva Supercross last December. He was the best rider every time he lined up this off-season, so look for his confidence to be at an al- time high. He is also replacing our departed champion, Ryan Dungey, as KTM’s no. 1 rider as well as his trainer, Aldon Baker’s no. 1 athlete. Baker has a pretty stellar record when it comes to supercross titles, as his riders claimed the biggest championship in our sport in 2001, 2002, 2003, 2005, 2006, 2007, 2009, 2011, 2012, 2013, 2014, 2015, 2016, and 2017. Let that sink in for a minute and you’ll see why Marvin would be confident.

Eli Tomac, by my estimation, should be the odds-on favorite for this title. Winning nine races last year and giving away the tenth with his desperation attempt in Las Vegas, he seemed to have the speed edge over everyone in the class. He went on to win the Lucas Oil Pro Motocross Championship last summer, adding his first 450 title to his mantle. After beating Marvin by 50-plus points in last year’s supercross championship and besting him for the outdoor title, it would seem Eli was the better of the two. 2018 will be a new year and have new storylines, of course, so watch for this dynamic to change between hunter and hunted.

Last year, Anaheim was difficult to figure out. The January rain made for spongy conditions and had many teams scratching their heads on set-up. We saw several riders struggle with the dirt and Eli Tomac lost 40 or so points during the West Coast swing. This year looks like it could be more of the same, but let’s hope for normal conditions.

The start is on the far end of the stadium, similar to years’ past. It seems to always be crossing the same path, just either positioned on either side of the stadium. This year it fires down toward the pits tunnel, similar to the layout that Jason Anderson won on in 2016. There is a rhythm section following the first turn that will see riders go 2-3-3 or 3-3-2. That lands riders into a right-hand bowl berm (the same turn that Anderson ghost-rode his bike off of in practice 2016). Riders will rail this bowl berm in hopes of tripling into the next section. That will set them up for a 3-3-3 into the next right turn and onto the first base line. This section will be tricky and presents a couple of options for different skill levels and engine CCs. The fastest possible line would be to ride through the middle of the turn, step on-step off the first combo, setting riders up for a quad completely over the next tabletop section, and then hitting the standard supercross triple. The next best would be twofold: A) step on-step off and step on-step off again, or B) step over the first tabletop to the downside, then triple onto the next tabletop and off. The B option should be the fastest of those two, as it involves accelerating hard to triple up to that tabletop. When riders have to slow down for the second on-off in option A, it can kill momentum. It all comes down to the angles of the jumps when they are built and which option allows the most speed to be carried through the section. For instance, if the landing of the first tabletop was super steep and the takeoff of the next single was abrupt, that’s a bad recipe for carrying speed in tripling onto the tabletop. Conversely, if the on-offs are very close together in spacing or the jumps are very steep and riders have to slow to hit them correctly, the on-off to on-off option will be off the board. All of these decisions will be made during track walk and possibly after the track is reworked for the night’s racing.

After the next bowl berm, riders enter the first whoops section of 2018. Anaheim whoops can be some of the nastiest of the year or they can be fairly easy, like we saw in 2017. Coming out of a bowl berm (first of the Steve Matthes’ net appearances in full blown SX?), riders should have plenty of momentum to hit these whoops as fast as they dare. It also creates an opportunity for passing. Many races in the last decade have had flatter turns before the whoops, making it very tough to build speed before dropping into the whoops.

The next left leads to the finish line. After exiting the whoops, look for some last-ditch efforts to pass before the checkered flag. An angled double-double puts riders into another bowl berm before another rhythm section. This section will be interesting to watch unfold. This section reminds me of a section from Las Vegas 2010. There are four whoops, then a small double, then five whoops into a right-hand turn. In Vegas that year, Kevin Windham and James Stewart exited the turn (turns were opposite sides but irrelevant) and blasted through the first set of whoops. They then jumped from the take-off of the double and cleared the entire whoops section as well. It was huge, ridiculous, and whatever other worldly description you want to use. I don’t know if that will be even viable this weekend, but if built the same, it will be fun to watch riders eye it up.

The next right hand turn puts rides into a bit more of a standard supercross section. The fastest way would be to triple-single and then scrub the standard supercross triple. The fourth jump of the section will dictate all of that, though. If it’s too steep and too tall, riders will be forced to double-double out of the turn instead of triple-single. It won’t be a huge difference, but if riders can save half a second with the 3-1 instead of 2-2, they will be looking for the chance. A long right-hand turn puts riders past the mechanics’ area and back onto the start straight for lap 2.

Is Kenny ready to win?

Can Marvin make the statement needed to become “the man”?

How does Cooper Webb start his second season on an improved Yamaha?

Can Justin Hill replicate his 2017 level on a new bike and new team?

Who will be the top dog at Monster Energy/Pro Circuit Kawasaki?

How far down the start straight does Steve Matthes make it for track walk?

Where does Weege get his first free meal of the new year?

Marvin Musquin has a lot of momentum coming into 2018 (even though I heard he had a nasty crash a few weeks ago). He won everything he signed up for this off-season and will try to keep the ball rolling Saturday.

The 250 West Region is absolutely loaded and should be a lot of fun to watch.

Ken Roczen has had nearly a year to sit and wait for this opportunity. His biggest challenge might be staying calm with so much anticipation and adrenaline flowing through his veins.

Chad Reed is still a question mark to race Saturday night after only a few riding days logged. If he can suffer through the pain, I wouldn’t expect the same Chad Reed we have come to expect. At least not for a few weeks, anyway.

Justin Bogle had two big crashes in the off-season that will force him to miss at least Anaheim 1 and maybe the first three rounds of the series.

Davi Millsaps had a big off season crash and his resulting side effects will have him out for at least a month or two of the season.

Chad Reed isn’t quite ready and is forced to pull out of A1 before the end of the night.

Ken Roczen, dressed in a tuxedo, flies a hot air balloon to the Anaheim press conference.

James Stewart posts a picture of a random motorcycle and stirs rumors of a return for an entire calendar year.

The fast guys all look really fast on press day.

Phil Nicoletti hits someone with the throat slash gesture before the sun sets.