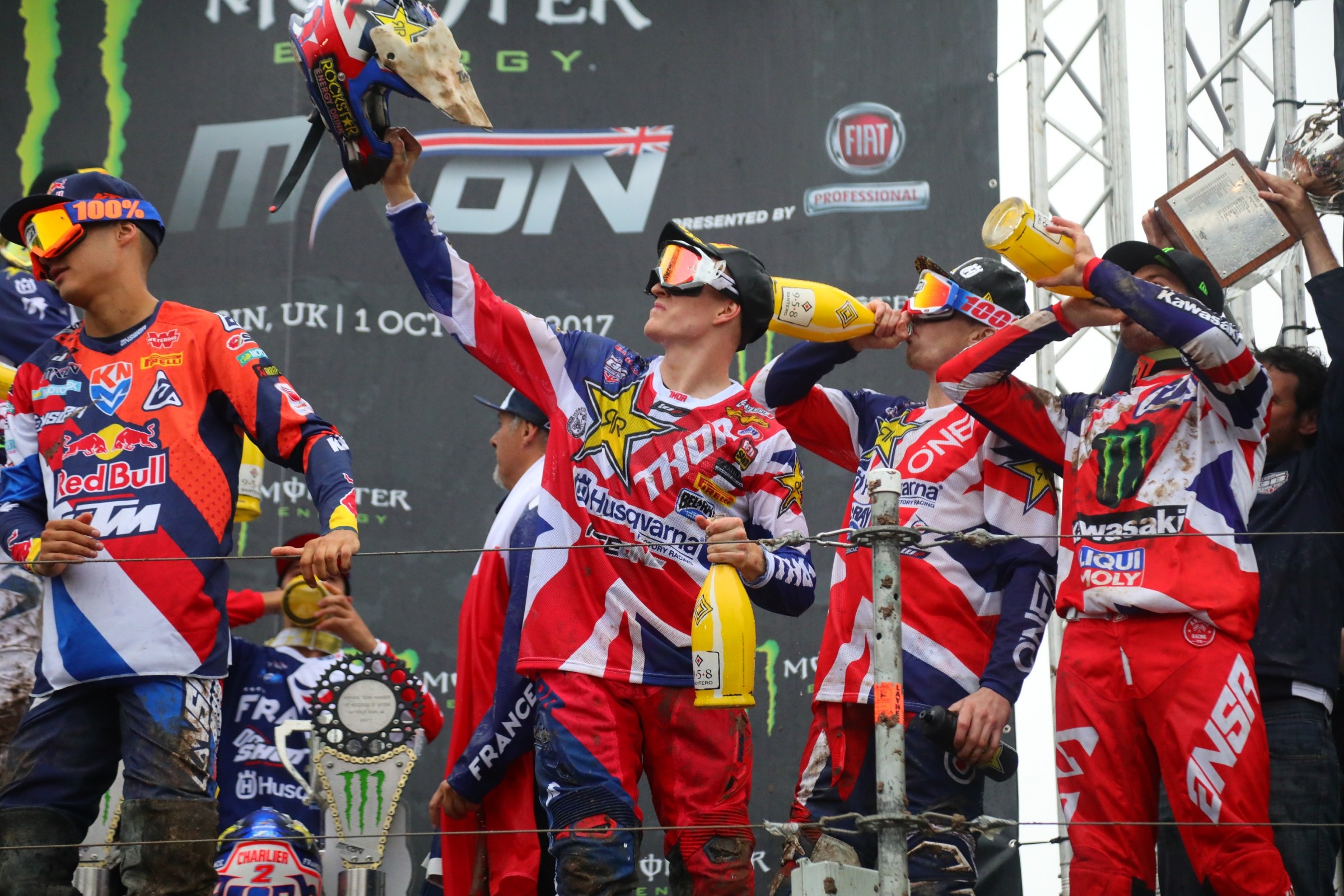 That’s a wrap on the 71st edition of the Motocross of Nations here in England and for the fourth time in a row, and fifth overall, France has won motocross’ most prestigious race.

Zach Osborne finished second overall in the MX2 class behind Australia’s Hunter Lawrence and had two very good rides with his second moto ending up on the podium behind only two 450s. Osborne didn’t get the starts he would’ve liked but in the end he rode hard and fast despite some goggle issues in moto one.

Thomas Covington had a bandaged up knee after twisting it in his first moto and then had a first turn crash in his second moto that held him back. He could never get it going in either moto like he rode in his qualifying race on Saturday.

Cole Seely's Honda had a shock issue both motos and he was forced to pull out. He wasn’t riding as well as he can, either, and when you combine that with his bike issue, well, that’s how Team USA loses for the sixth time in a row. Honda was tight-lipped about the situation, but we learned it was indeed the same issue with the shock in both motos and it was due to the weight of the mud on the machine causing a part to fail. That’s about all we got.

Gautier Paulin of the winning French team came up with the idea to add ex-GP rider Christophe Charlier to the injury-decimated team around the USGP in Jacksonville because he said that Christophe, now racing EnduroGP, had factory backing with Husqvarna. Paulin then said that around that time Charlier had reached out to the team about wanting to ride. He might’ve been the surprise of the day with his sixth in one moto. Winning the ISDE and the MXoN in the same year is a very rare feat—Europeans claim it’s only the third time in the history of the sport.

Great Britain’s Dean Wilson had an okay day for him but it was made harder when mud got stuck to his roll-offs and when he went to grab the mud, his whole lens came out! This was very early in his first moto and another issue cropped up when he got a rock in the eye. Afterward it was starting to blacken for the Scot.

Hunter Lawrence’s magical six-week run continues with his win in MX2 over Osborne. The Aussie will leave Suzuki at the end of the year, ride for Gariboldi Honda in 2018 and then GEICO Honda in the USA for 2019 and beyond. The future is bright for this kid.

"Mad" Max Anstie was the star of the show in front of his home fans winning both motos, and in his second one it was a tour de force performance with a fall and holding off KTM’s Jeffrey Herlings for the win. Afterward Max commented that even he didn’t know where that ride by him came from!

While Anstie and Herlings were going at it, there was a third rider in the mix, Frenchman Romain Febvre, but while right on Herlings in third, he pulled into the mechanic’s area for goggles! That gives you an idea how bad the conditions were, and the rain and sticky mud had an impact on all of the proceedings … well, except one thing. It doesn’t seem to matter what the conditions or situations are, the French keep coming out on top!