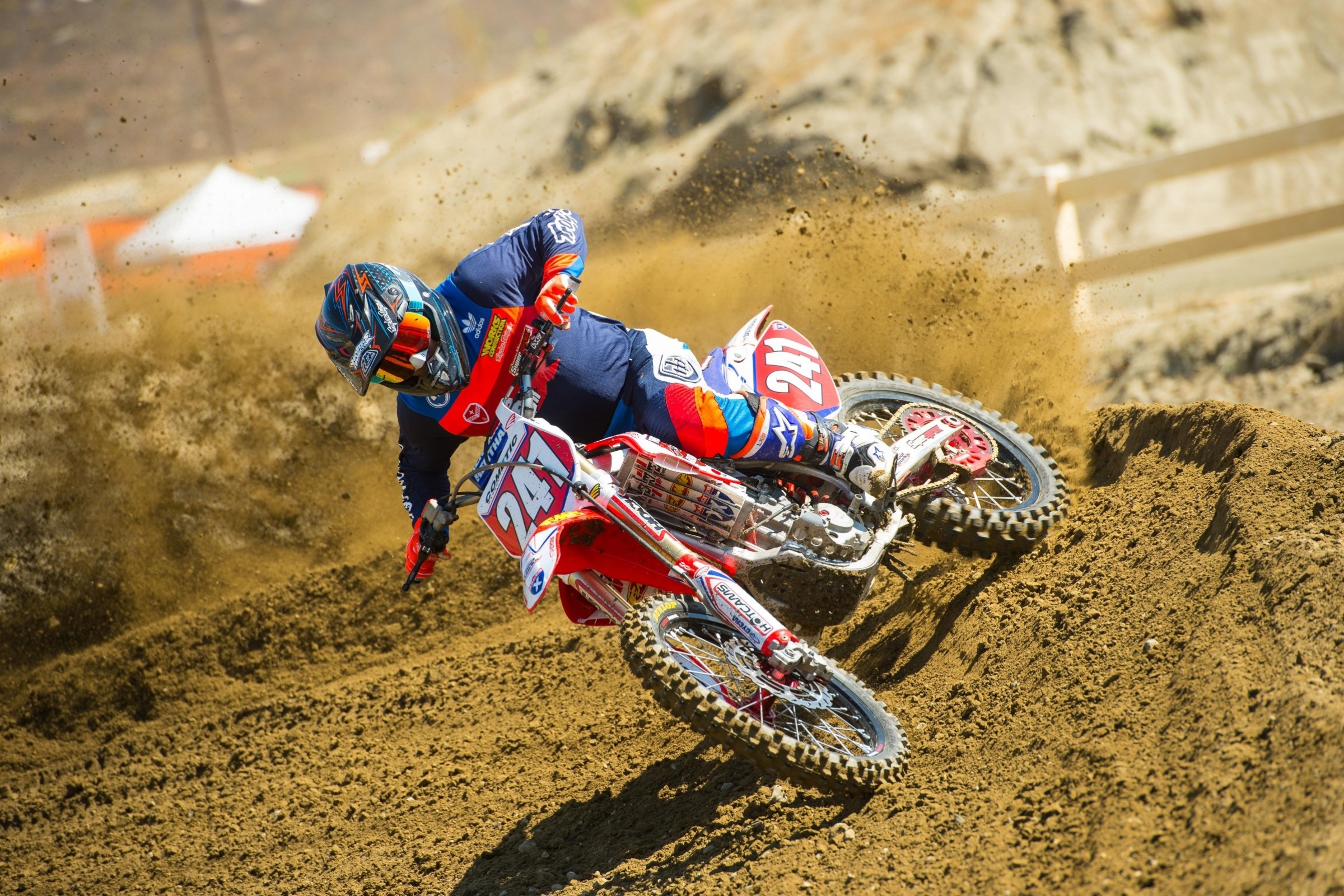 Pretty much every young amateur racer’s dream is to make it on a big factory race team. The amateurs that do get picked up usually got to where they are by being noticed at Lorretta Lynn’s by the big teams and companies.  Lorretta’s is a great event, don't get me wrong, but I don't really like how young riders are getting their abilities, and basically their future, based on one race.  I think a better way of finding the next big rider coming from the amateurs is to host a series.  Like a six round series or something like that that would pay points at each round land then you could see who was the best through multiple races and make a decision on that rather than just judging them on one race.  What do you think about this based on your amateur career and then going pro to a factory team? Or as just an idea give more riders a chance to show what they got?

I think you are underestimating the scouts that keep a look out for new talent. Sure, Loretta Lynn’s is the big show at the end of the year and undoubtedly the pinnacle of amateur racing. However, if a rider is winning at the Mini Olympics, Mammoth, Texas, Daytona, or any other big amateur race, the manufacturers are watching. One thing Loretta’s does do is let teams watch how a rider handles pressure. With the biggest race of the year on the line, riders have three chances to step up and get it done. The problem with a six round series is that there are different promoters for each of the big events across the country and they aren’t likely to come together for something like that. Also, that puts quite a strain on families from a time and finance standpoint. It’s expensive and time consuming for a family to commit to the Ranch for one week, let alone doing that six times per year. Trust me: if there is a fast kid winning at any of the big amateur national events he is on the radar.

Greetings from north of the border Senìor Ping;

My question is in regards to pro racers and their "set up" from week to week. I completely understand how the Lucas Oil Pro Motocross Nationals can pose set up issues from race to race as there are so many variables with respect to motocross. I just don't understand how factory teams and riders ... hell even top private teams and privateers can have so many "set up" issues in Supercross. The obstacles are literally the same race to race just in a different order ... I understand soil changes from east to west but surely to goodness a rider like Tomac and Monster Energy Kawasaki can figure it before round 5,6,7,8 or whatever it was before he started winning.

I ask because MX is almost done and we head into the break awaiting Monster Cup and then the big show in January... how can these teams come to Monster Cup/Anaheim unprepared???

Riders are the psychological equivalent of tropical fish. When everything is just right they are beautiful specimens thriving in their environment, gliding confidently through the ocean’s great expanse. But drop or raise the temperature a few degrees and they are floating, tits up, on the surface or listing to one side like a ship that’s taken a direct torpedo hit. I know this is true because I used to be one of these tropical fish and I was as delicate as they came. If it was too muddy or too dusty you could count on me to turn in mediocre results. If my jetting was off or my suspension didn’t work perfectly my confidence took a nosedive and I would ride tentatively all day. But dammit when the conditions were right and my bike worked the way I wanted and I got enough sleep and the stars aligned, I was a threat to win races. Not exactly the calling card of a champion, right? I’m just being honest.

I couldn’t manufacture confidence; it had to be genuine. I would say that Chad Reed’s best quality is his ability to believe in himself, absolutely, even when doing so seemed illogical. He could be 10 seconds slower per lap in qualifying and still believe he can win. I know that sounds like it borders on mental disorder, but it’s served him well during his career. When you see riders chasing setup it is largely a mental game. Sure, you can make tweaks to your bike and get more comfortable, but going from finishing 10th to winning almost every race the second half of the season is a mental adjustment. The Monster Energy Cup is a great place to see which riders are living in a tank with good water temps and which ones are floating upside down.

In the past what team do you think picked up the best rider that rewarded them with race wins and a general ambassador for the brand? Like how Suzuki managed to sign Ricky Carmichael; he really put them back on the map during his career and still works with them now. Also, KTM getting Dungey over totally changed their power in the AMA series. So I want to know which team during any time period you think struck gold and also which team lost out not renewing a riders contract, again with Carmichael, Honda not getting him onboard was maybe their biggest loss ever.

Also, Ping, any chance instead of three questions from you we can get maybe 5? I’ve been reading your column for a long time and understand you are busy but with Ask Ping being my favorite part of the website, and I'm sure many others, I think 5 questions will please a lot of people.

Thank you for your time,
Peter

Well, I think you named probably the two biggest names that come to mind when you asked this question. Honda blew it when they let Ricky go (and Jeremy McGrath for that matter) and Suzuki scored when they picked him up. Likewise, KTM hiring Roger DeCoster and Dungey changed their course here in the U.S. forever. And I really believe it took both of those guys together to have the success they had.

Going a little further back I would say that when Kawasaki hired Jeff Ward they struck gold. Wardy is known as a Kawasaki guy and his career is one of the most well rounded ever, with titles in every class, a record that can never be broken. Yamaha also did a good job signing Bob Hannah and Broc Glover, two of the most prolific YZ riders in that brand’s history. Maybe it’s just my generation, but when I think of Yamaha, those are the two guys who come to mind. Sure, Bob did a stint at Honda and Suzuki, but his legacy will always be his wild Yamaha days.

There are some young talents that could be good picks—like Adam Cianciarulo—and have been with a single brand their whole careers. Time will tell.