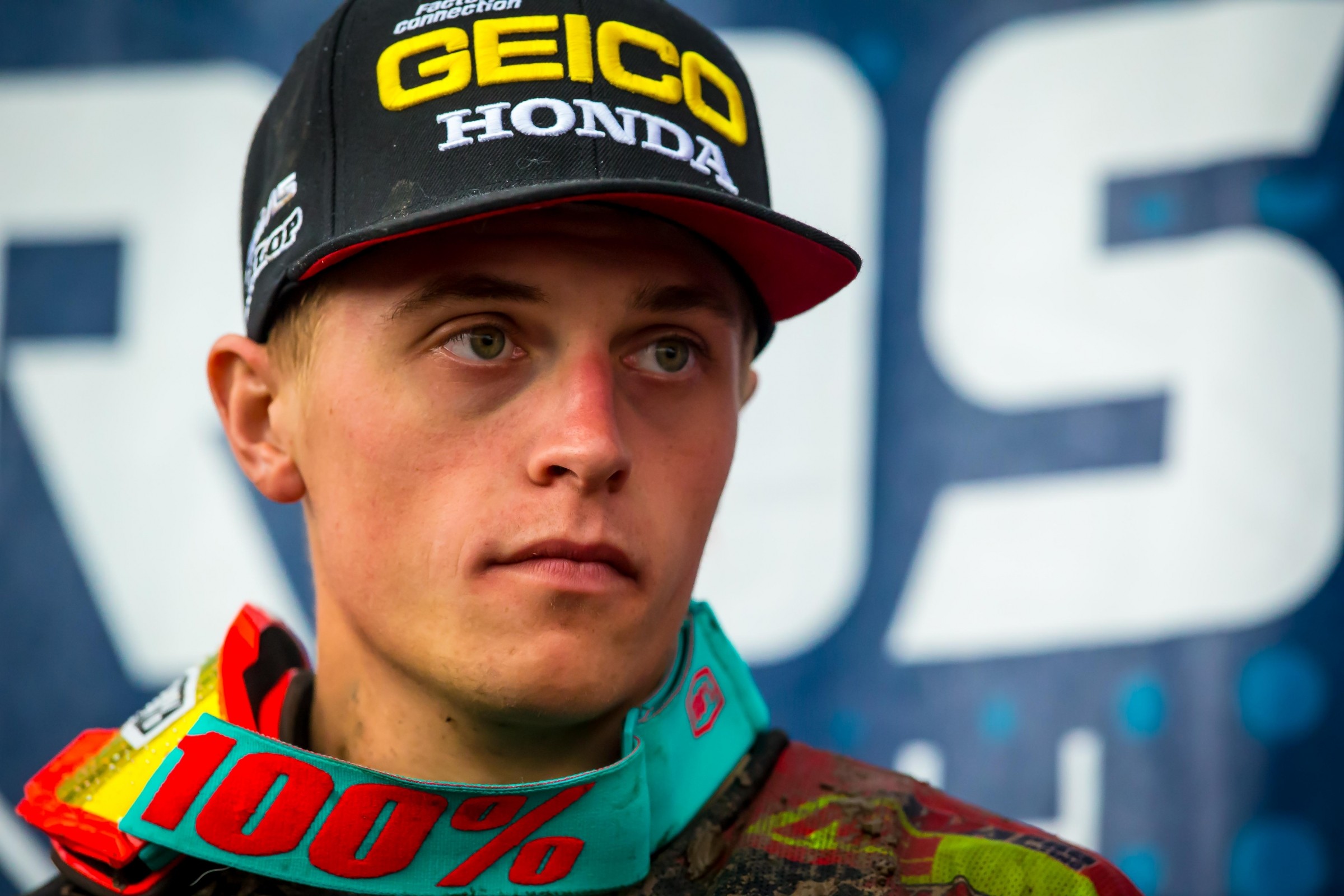 Redux Why Not These Guys?

The Team USA selection process is always tricky and never comes without controversy, but we now know the team will feature Zach Osborne (MX2), Cole Seely (MXGP), and Thomas Covington (Open). We’ve heard a laundry list of reasons why some other riders can’t go or weren’t picked, but let’s run down the full roster of potentials in one place.

We have full confirmation on some of these details, and others we’ve uncovered by either asking around in the pits, or simply figuring out the injury status of some of the riders. Either way, here’s a list of riders who could have been considered for the team, but ended up not going.

For a second straight year the current Lucas Oil Pro Motocross 450 points leader has opted not to race the Motocross of Nations, citing a heavy schedule that includes the MXGP of USA and the Monster Energy Cup after the conclusion of the Nationals. In an interview with Racer X’s Steve Matthes after Unadilla, Tomac said its been pretty rough since he made the announcement and that he would race the MXoN if it were held a week after the USGP. “Totally. I would be on it because I would just stay in my groove,” he said. “It’d be another week or two but when you add in four or five weeks and then you go to Monster Cup, that’s a very serious race now. We take that very seriously, not just like an off-season race. We want to be ready for those situations. It’s such a sticky situation. It’s tough to even say anything.”

This is pretty straightforward: Baggett, currently second in 450MX points, will undergo thumb surgery directly after the conclusion of the Lucas Oil Pro Motocross Championship, which means he was a no-go for the team.

Anderson underwent surgery last week to have a plate removed from his foot and will miss the remainder of Lucas Oil Pro Motocross. The injury was initially sustained at last year’s Motocross of Nations when another rider landed on Anderson.

Webb, who represented the team the last two years in France and Italy, is dealing with a meniscus injury and does have an all-new Yamaha 450 to work out. Still, in an interview with Racer X’s Eric Johnson prior to the announcement, Webb didn’t exactly say he’d like to go: “You know, I’m not a fan of how they’ve kind of handled the whole situation. You know, taking it from the U.S. and moving it further back in the year. To be honest, I’m not too sure if I would do it or not. It all just depends.”

J-Mart raced for Team USA twice on a 250 (2014, 2015) and might have been an answer on a 450 this year—for what it's worth, he looked good on the Honda CRF450R at the Daytona Supercross earlier this year. This race is very expensive when it comes to bikes, parts, testing, and staff, and from what we've heard, it would have been a stretch for Honda to provide two bikes. Once Seely was in there wasn't a place for J-Mart on a second 450.

Does Joey Savatgy's recent surge make him a logical pick? Roger DeCoster has explained that he wanted Zach Osborne to remain on the 250 for the race, because he has gotten some bad starts this year, and has shown an impressive ability to come through the pack. That will really come in handy at the 'Nations, as 250cc riders usually get bad starts against the 450s and have to work forward.

So with Zach locked into the MX2 spot, the only way Savatgy could go would be on a 450, and there isn't any history of Monster Energy/Pro Circuit Kawasaki riders jumping to a big bike for this event. In fact, PC riders haven’t moved up to the 450 as injury replacements for the Monster Energy Kawasaki team, either. There just isn't much precedent for a Pro Circuit 250 rider jumping on a 450. Also, while Savatgy has been great lately, he was struggling a month ago. Wheels were probably already in motion for Team USA by the time he started rolling.

Barcia has yet to announce a new deal for the 2018 season, so it’s hard to say if he would have had a bike to race for the event. Then at Washougal he sustained a concussion that also ruled him out for Unadilla. Just too many unknowns with health and equipment here.

One option that was being floated after Tomac withdrew was putting Plessinger on the 450. Well, that option was thwarted, as Plessinger will undergo foot surgery following the season.

Martin represented the team in 2016, but is currently dealing with a shoulder injury, which ruled him out for this year.