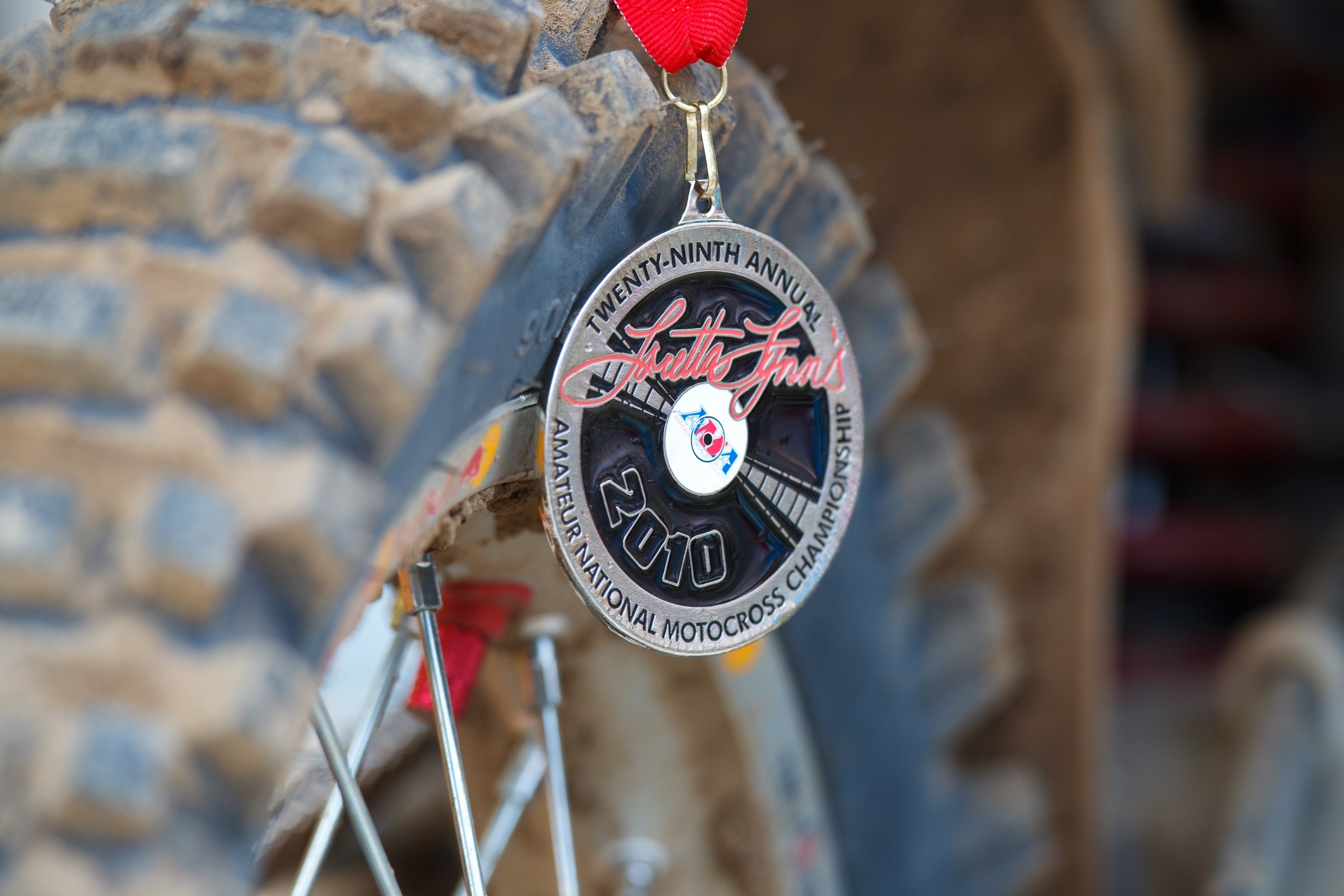 As we count down the 36 days until the start of the 2017 Rocky Mountain ATV/MC Loretta Lynn’s AMA Amateur National Motocross Championship, we are going to look back at each year in the history of the event. Today we look back at 2010.

For a brief moment, Jason Anderson went from being one of the most coveted amateur prospects, to one just looking for a ride. Anderson started as a Suzuki prospect, with luminaries like Rick Johnson and Sebastian Tortelli providing some guidance and telling the world he could be the next big thing. He rose to prominence by sweeping all six motos of the always-tough 85 (12-13) classes in 2007. KTM came calling with a big offer, setting up Anderson to work his way into the pros on orange, but then the brand’s whole amateur unit went off the rails—and its factory pro team nearly did as well—and Anderson somehow found himself with prodigious talent, but no path forward. Still on KTMs with some support on the side, he vaulted past the B class and straight into A for 2009, but struggled big at Loretta’s.

Kawasaki Team Green saw a rider in need of a rebuild, so they picked him up for 2010 and Anderson delivered. He won his first four motos of the week in 2010, with the 450 A and 250 A/Pro Sport titles seemingly on lock. Loretta’s doesn’t always make it that easy, though, and Anderson’s bike blew up in the third 250 A/Pro Sport moto. With that, Zach Freeberg jumped in to grab the title with 4-5-1 scores.

Anderson still had 450 A in sight, but then he crashed in the first turn of the final moto! He had to log a furious charge from the back to salvage the championship with current Amsoil Arenacross star Gavin Faith and California’s Austin Howell in position to possibly steal it. Anderson made his way from last to fifth, enough to put the title on ice with 1-1-5 scores.

Anderson ended up back on yellow as a pro, signing with Rockstar Energy Suzuki. He would be joined by the other hot prospect of 2010, Ian Trettel, who won 250 A over Freeberg and Gannon Audette. Had Freeberg or Trettel locked in double titles, they might have edged Anderson for the Horizon Award, but with all three riders taking a single title and Anderson racking up four straight moto wins to start the week, the AMA gave the award to Anderson.

In the B class, Justin Bogle improved rapidly. He went from a distant second to Eli Tomac in Schoolboy the previous year to a dominant run in B, sweeping all six of his motos.

Joey Savatgy and Luke Renzland took the Schoolboy titles, and Cooper Webb, at the time a Honda prospect on the CRF150R four stroke, was the top Supermini rider, getting a first and a second in his classes (Amsoil Arenacross race winner Jace Owen edged Webb for the other title). At the time, many thought Webb had a big advantage on that Honda thumper, but time has proven the two-stroke superminis are more than competitive with the Honda 150, making Webb’s performances even more impressive. Things worked out pretty well for him.

Finally, in the 85 (9-11) classes, Team Green’s Austin Forkner put his name on the map by winning both titles. Things have worked out pretty well for him, too.