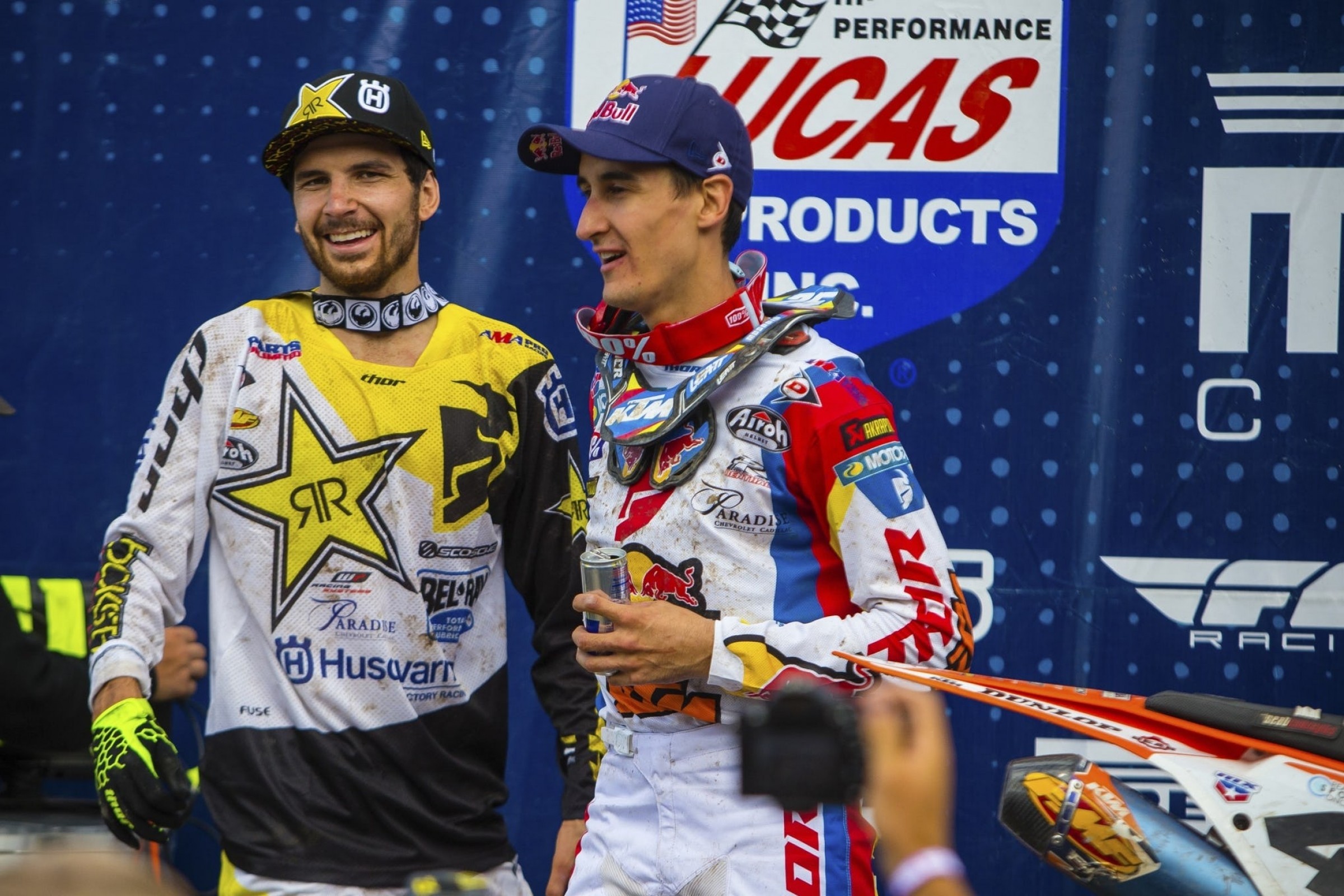 JASON ANDERSON – BACK | IN
Comment: Anderson missed Southwick after a big practice crash during the week, and it looks like his bad luck has continued this week as it appears he's taken a spill on his road bicycle and suffered some road rash on his hands and hip. We haven't heard how this will affect his plans for Spring Creek, but we expect he'll still be on the line come Saturday.

BLAKE BAGGETT – THUMB | IN
Comment: Baggett is currently dealing with torn ligaments in his thumb due to a crash at RedBud. He’s in for Spring Creek.

MATT BISCEGLIA – FOOT, LEG | IN
Comment: Bisceglia will make his return to racing at Millville, but instead of racing the 250 that he was slated to for Autotrader.com/JGR Suzuki, he has picked up the RCH/Yoshimura Suzuki 450 in place of the injured Broc Tickle.

BENNY BLOSS – SHOULDER, HUMERUS | IN
Comment: Bloss is planning on making his return to racing at Spring Creek.

TREY CANARD – BANGED UP | OUT
Comment: Canard had a hard crash practicing before Southwick. He’s out for Millville.

JOSH GRANT – KNEE | OUT
Comment: Grant recently underwent surgery after injuring his knee at Southwick. He’s out for Millville.

Little bump in the road 4-6 weeks should be back on my bike and picking up where we left off. #ShitHappens

DAVI MILLSAPS – WRISTS | OUT
Comment: Millsaps is out after having surgery to fix injured wrists. Currently there is no timetable on his return.

MARVIN MUSQUIN – KNEE | IN
Comment: Musquin has been dealing with an injured left knee ever since tearing his meniscus before High Point. His right thigh is also bruised after a brutal crash at Southwick.

KEN ROCZEN – WRIST, ELBOW, FOREARM | OUT
Comment: Roczen suffered a big crash at Anaheim 2 and is still recovering from injuries to his wrist, elbow, and radius (forearm). Roczen returned to riding today:

BROC TICKLE – SHOULDER | OUT
Comment: Tickle dislocated his shoulder during practice at RedBud and is out for the season.

Austin Forkner – Concussion | OUT
Comment: Monster Energy/Pro Circuit Kawasaki announced on Thursday that Forkner sustained a concussion while practicing earlier this week and will sit out Millville.

CAMERON MCADOO – SHOULDER | OUT
Comment: McAdoo will miss this weekend after reinjuring his shoulder at RedBud.

MICHAEL MOSIMAN – SHOULDER  | OUT
Comment: Mosiman is out for the season after having surgery on an injured shoulder.

MITCHELL OLDENBURG – COLLARBONE | OUT
Comment: Oldenburg may return for the final three races after breaking his collarbone at Glen Helen.

AARON PLESSINGER – CONCUSSION | IN
Comment: Plessinger crashed out at Southwick. He announced on Instagram he incurred a concussion and had a sore neck, but he’ll be back racing on Saturday.

JORDON SMITH – MCL | OUT
Comment: Smith is currently working on getting his knee back to 100 percent after tearing his MCL in practice several weeks ago.