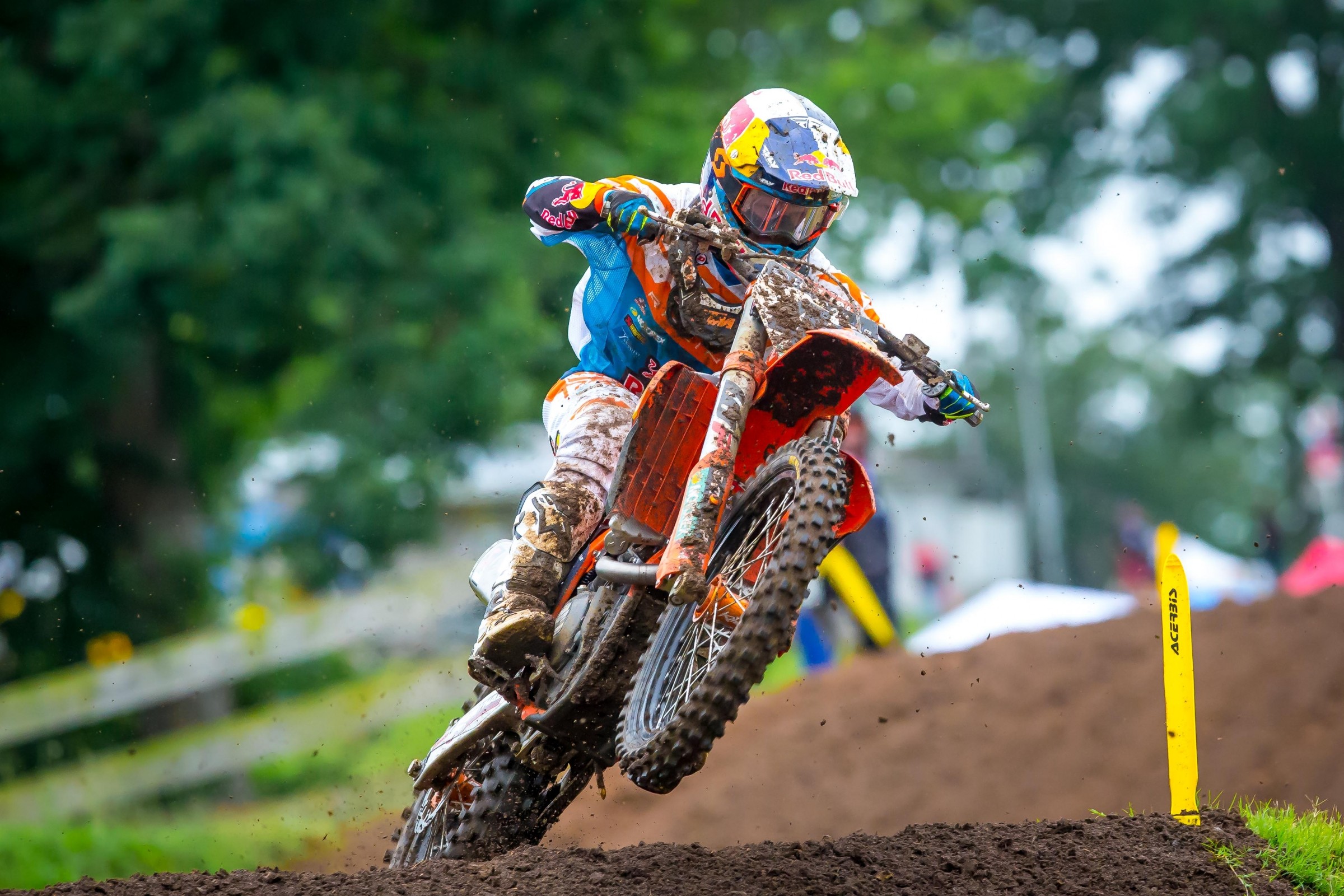 Look at this! We have a Trey Canard sighting! Poor Trey’s debut season with Red Bull KTM went bad from the beginning, as he crashed on the first lap of practice at Anaheim 1 and went down with a shoulder injury. He returned for a few races only to withdraw from racing again with an illness, and then he broke his collarbone while testing for Lucas Oil Pro Motocross.

Trey was planning to return next weekend at RedBud, but he felt good in some tests out in California this week, and decided to give it a go at Muddy Creek. He’s not quite back to full race shape yet so he faded back to 10-11 finishes and 12th overall, but he spent much of the day much further toward the front.

Kyle Scott caught up to him after the race.

How do you feel like it went overall?
All in all I thought it was good. I’m obviously quite a few ticks off, but I think that will come with racing. That’s why I decided to come this weekend instead of waiting another week. I feel good about it. Ready to go next weekend.

How’s the collarbone feel?
Good. I think I’m almost nine weeks out now. I’ve had about four weeks on the bike. I came back at I thought a good, reasonable time. No rushing it. There’s some people that come back at two weeks from collarbones, but I felt like with my past I want to make sure I come back healthy and strong and don’t have more problems.

You were running up front for a while, though.
Yeah. My tongue is still on the track. Just didn’t have enough juice in me. That will come. Just got to stay with it and keep a positive attitude and try to stay strong.

What did you think about the track?
It was good. I couldn’t believe it was as good as it was. They did a phenomenal job, I thought. I was really impressed.

What was your goal coming into this weekend?
Really I just wanted to get some time under my belt and finish both the motos. I’ve only raced six times before this this year, which is disappointing.

Obviously you haven’t had any outdoors and the bike’s still new. Are you still getting used to it?
For sure. Everything’s always going to be a little bit different. It takes a little bit of work. I’m happy with it. I think they do a really good job. Obviously they’ve won a lot of races and championships. They’re really good at listening and giving you enough information to make the decisions.

As far as your setup goes, was it just something you guys came up with from your outdoor tests? Was it something you kind of took from Marvin [Musquin]?
It’s all an accumulation. I did some testing before I got hurt a couple times. I only tested it a couple days before I came here. Between [Blake] Baggett and Marvin everyone on the WP side, we all get a little bit of each other’s stuff and kind of figure out what’s best for each other.