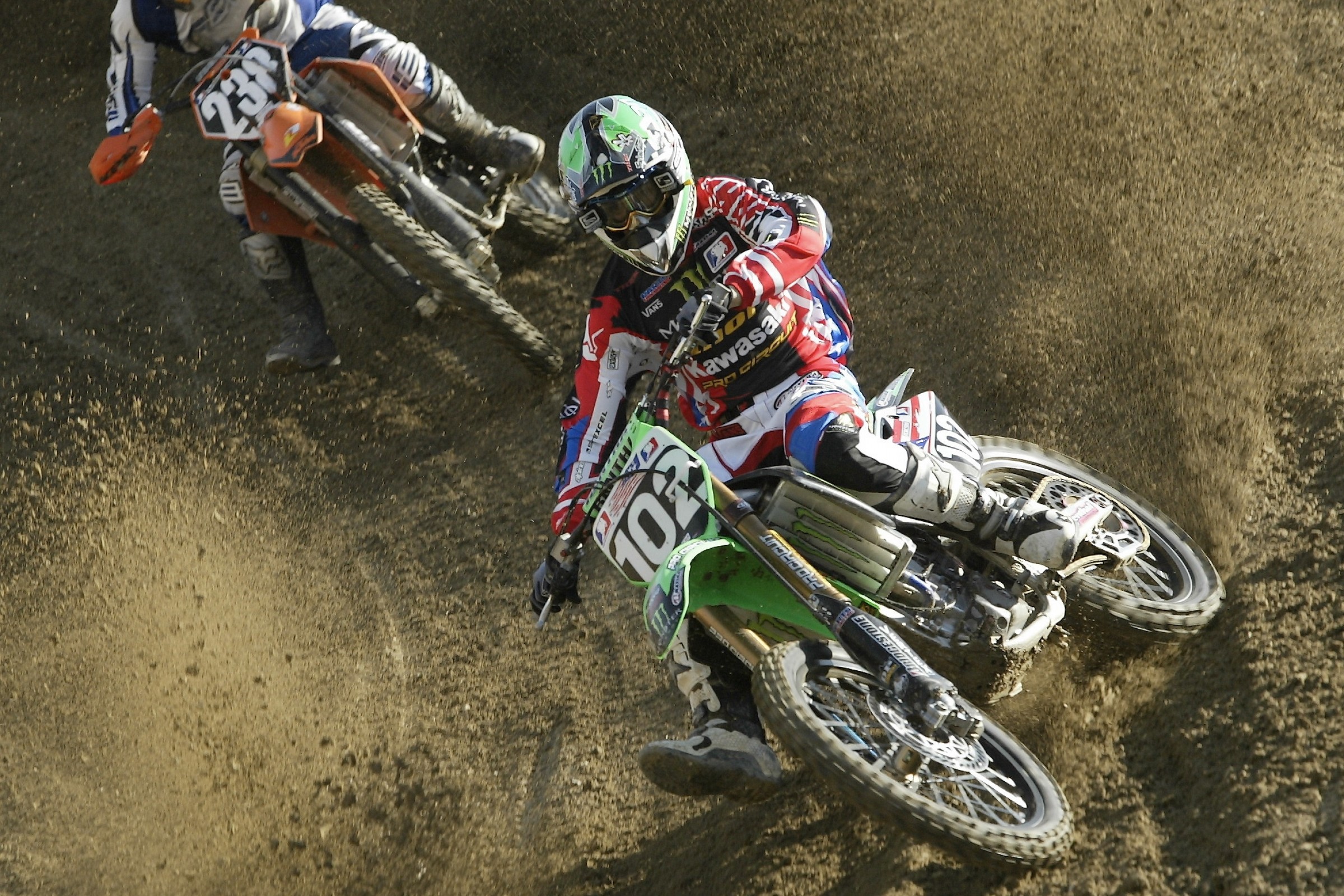 We're counting down the days to the start of the 2017 Lucas Oil Pro Motocross opener at Hangtown on May 20, with a look back at some of the most memorable motos in AMA Motocross history. This summer, you can watch all 24 motos on all of your devices on NBC Sports Gold. Today, we're looking at the day Mike Alessi went for the kill.

The 2005 season saw a new era in the 125 National class and a wide open field. For almost a decade, Ricky Carmichael and James Stewart had cast a shadow over the class (Carmichael from 1997-1999, and Stewart from 2002-2004) with an extra title contribution from another super talent, Travis Pastrana, in 2000. Think of it this way: by the time Stewart and Carmichael were done in the class, they were 1-2 in the all-time 125MX overall win rankings. That didn’t leave much for anyone else.

With Stewart moving up to the big-bike class for 2005, the 125 class was open for the taking. Suzuki’s Broc Hepler, Kawasaki’s Grant Langston, KTM’s rookie Mike Alessi, and Honda’s Andrew Short were all thought of as contenders going into the season. A lot of these racers won motos and overalls, but it was Monster Energy/Pro Circuit Kawasaki’s Ivan Tedesco who slowly and methodically worked his way into the points lead.

Always thought of as a supercross specialist, Tedesco had won two 125SX West Region titles. By mid-season, he won the Lakewood National with 1-1 finishes and then won the next week in Washougal to become the points leader. Using consistent rides each week had paid off for Tedesco as going into the last round of the Nationals at Glen Helen, he only needed to score 16 points to secure his first national title.

Second in points was Alessi and Glen Helen was considered his home track so when he took off with the first moto win, that wasn’t much of a surprise. Well, maybe it was because Alessi was awarded the first moto win after he and Langston collided and Langston cut the track to get back racing with the #800. Things were a bit weird at that point but hold on, it gets stranger.

Disaster struck “Hot Sauce” when his chain derailed after a crash with Hepler! Tedesco was able to put the chain back on and get to 22nd but that meant he didn’t score any points in the moto. Incredibly, Alessi was now only 10 points back going into the final moto of the year.

The pack roared down the straight for moto two and it was Kawasaki’s Ryan Villopoto, in his third professional race after jumping into the series after Loretta Lynn’s, with the holeshot. Tedesco was second and Mike’s brother Jeff Alessi was in third. Jeff made a sweeping pass on Tedesco on the first lap with Mike in fourth.

Before the end of the first lap Mike came inside on Ivan in a right hand turn and both riders went down. It appeared Mike was hoping to take both riders down, and thus send Tedesco to the back of the pack, and take his chances on getting through traffic more quickly so he could make up 10 points. Tedesco, however, survived the crash and was about to get back on his bike and keep going. So Alessi then walked over to Tedesco’s bike and attempted to stand on it, and at one point he looked to be reaching for the kill switch button! No, we did not make that up.

Tedesco shoved Mike off his bike and both riders attempted to pull their bikes apart while the pack went by. Alessi seemed to struggle to get his KTM off the Kawasaki, but soon enough at the back of the pack came Tedesco’s teammate Matt Walker. Walker, stopped, rode backwards to the pile and pushed Alessi, who had gotten his bike up, away from Tedesco. The only thing left to happen at this point was for someone to come in off the top rope with a folding chair.

All three riders were dead last at this point and Alessi struggled to start his bike while Tedesco, who wisely kept the clutch pulled in on his bike and never let it stall, got up and took off.

The television color commentator that day, David Bailey, said, “Mike hit the panic button there a little bit. I think when Mike looks back on that one day, he’ll think ‘I shouldn’t have done that.’”

Up front, a young Villopoto held off Langston for a while before the South African got around him to take the lead and the overall win for the day with 2-1 scores. By the way, this race would become the last to ever be called a 125 National, as the AMA unveiled the new Lites tag for the class in 2006.

In the end Tedesco got up to 11th and clinched an unlikely national championship on his way to the 450 class with factory Suzuki for the next year and beyond.

The AMA was not amused with Alessi’s race tactics and took his race finish away. That cost Alessi second in the points (boosting Honda’s Short into that spot) and also, ironically, gave the official Glen Helen first moto win back to Langston! The AMA also stripped Mike of his AMA Rookie of the Year Award, instead giving it to Moto XXX’s Juss Laansoo.

It was a day that Tedesco and the fans that were there will never forget and one Alessi wishes he could.