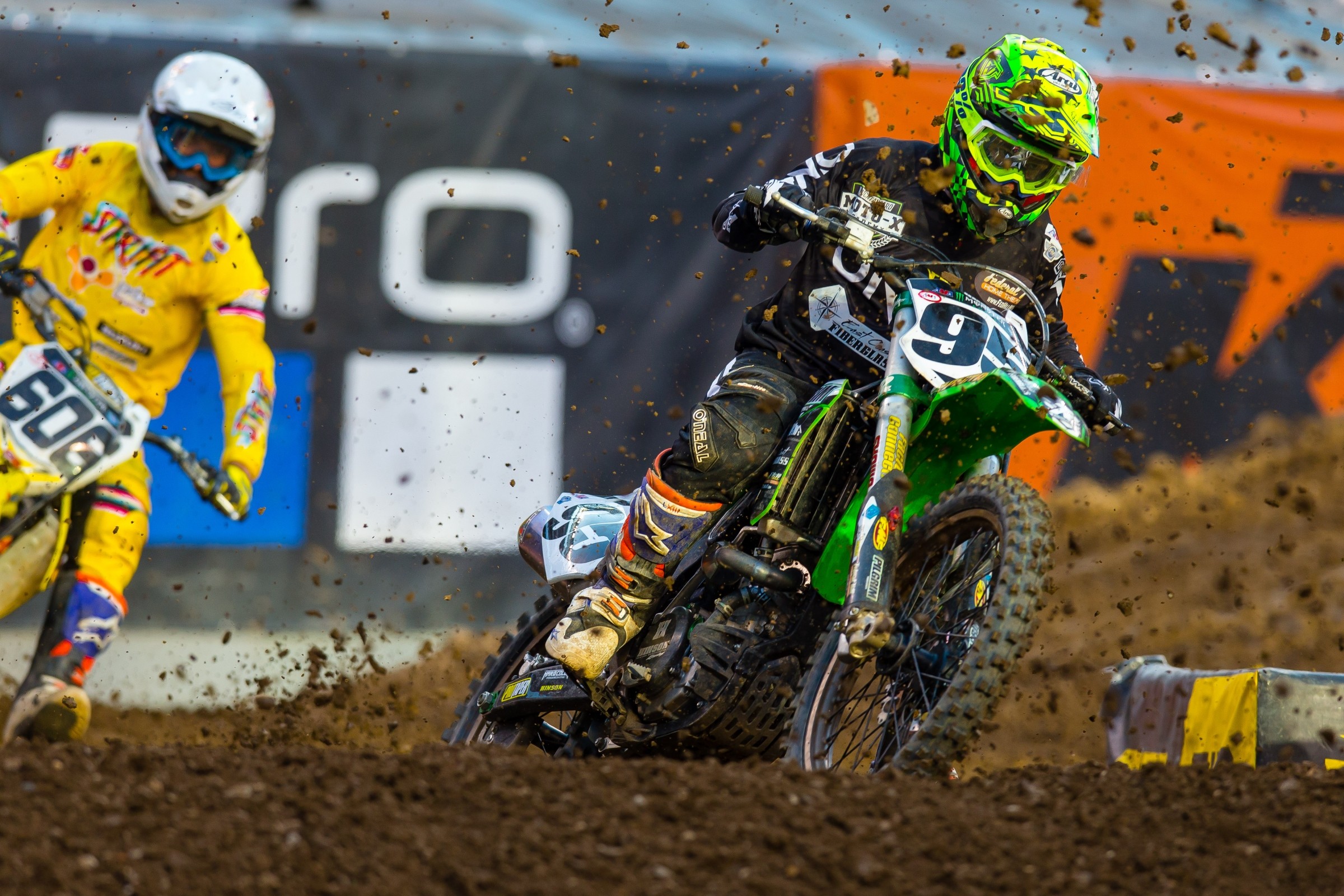 With all the championship changes that happened last weekend in East Rutherford, it's easy to forget the ridiculous amounts of drama that happened during the 450 class semi races. If you changed the channel or went to the kitchen to get some food during these races, you missed out on some serious action.

Deven Raper got stuck in Tyler Enticknap's bike in the very last corner of the first semi, allowing Bryce Stewart to cruise on by for the last transfer spot. In the second semi there was all sorts of contact involving Dakota Tedder, Alex Ray, Ronnie Stewart, and AJ Catanzaro. We caught up with all the different parties via text message to get their perspectives on the races.