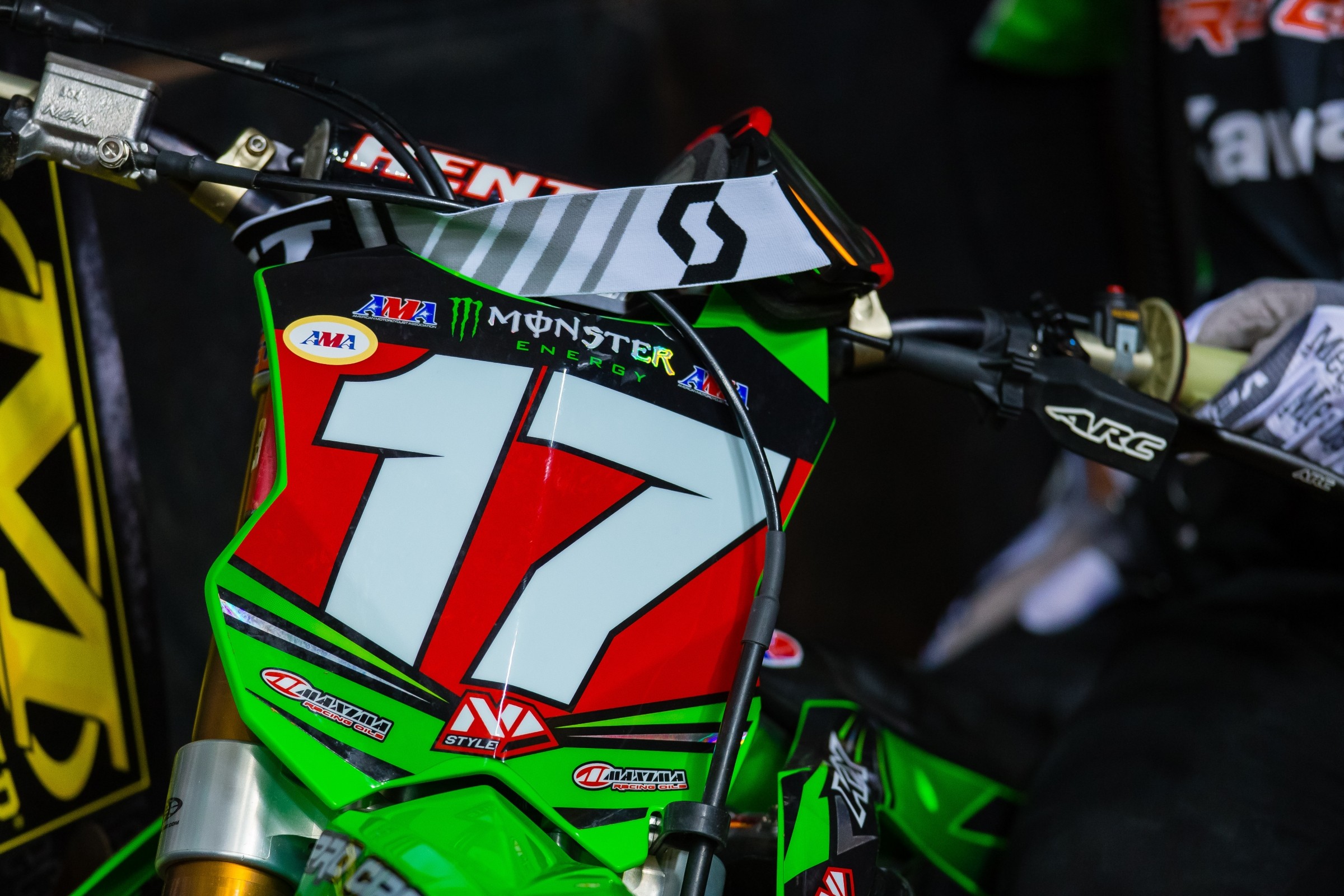 Holding the keys to your own championship destiny is a blessing, and Joey Savatgy finds himself with those keys firmly in hand coming into the final two races of the season. He sits in first place, six points up on Jordon Smith, and while winning races is the obvious goal, it isn’t Savatgy’s only option. In fact, he can even afford to lose a few points to Zach Osborne and Adam Cianciarulo. The main thing he has to avoid is losing any ground to Smith. If he puts more distance between himself and Smith in East Rutherford, Savatgy will deal a significant blow to Smith’s title hopes while keeping multiple options open for Las Vegas. -Aaron Hansel

Like Savatgy, Smith also has a clear path to a championship that doesn’t involve relying on mistakes or bad races from other riders. Smith’s path is pretty simple too—just win, baby. If Smith wins the final two races, he wins the title no matter what. Even if Savatgy finishes second at the final two races, he and Smith would be tied in points, with the title going to Smith on account Smith’s superior win tally. If he doesn’t win this weekend, it’s extremely important for Smith to finish ahead of Savatgy. Allowing Savatgy to increase the points gap in East Rutherford will make winning the title in Vegas extremely difficult for Smith. ­-Hansel

Thing are a little more complicated for Osborne, who trails Savatgy by 12 points. Osborne is only six back of Smith, so winning the final pair of races would guarantee second overall, but in order to win the championship he’d also need Savatgy to have a bad race or finish off the podium twice. Savatgy has finished off the podium twice in a row this season (Atlanta and Toronto), so it’s not inconceivable it’d happen again, but it’s not exactly a safe bet either. Osborne’s got a shot, but he’s going to have to be flawless and catch a few lucky breaks. If he doesn’t beat both Savatgy and Smith in East Rutherford, his shot at a title is going to be a long one. -Hansel

At 18 points back of the lead, Cianciarulo’s title picture is looking grim. Not only would the Monster Energy/Pro Circuit Kawasaki rider have to be perfect in East Rutherford and Las Vegas (a tall order, especially considering he’s only won once this season), Savatgy and Smith would have to have some pretty catastrophic races to let Cianciarulo back in this thing. And, while it’s unlikely, it could happen. After all, if not for a mechanical problem in Detroit, Osborne would probably still have pretty firm control of this championship. If that lightning strikes two more times, and in the right places, Cianciarulo could find new championship life. But if he has a bad race in East Rutherford, he could end up mathematically eliminated before the gate even drops on the final round. –Hansel

With Eli Tomac stacking up wins and destroying Ryan Dungey’s once large points lead, you could easily argue it’s been go time for Dungey for quite a while, but with just two rounds left in the season, it’s especially important for Dungey to make something happen in East Rutherford. If he finishes in second behind Tomac again, he’ll be facing a six-point gap heading into the final round. That means he’d need to win and have Tomac finish off the podium, which, at this point, seems about as likely as a merger between Monster Energy and Red Bull. If Dungey wants to control his own destiny in Vegas, he’ll need to win in East Rutherford. -Hansel

It’s been 56 days since Cameron McAdoo competed in the Monster Energy Supercross 250SX East Region. The rookie from Iowa will return this weekend from a hand injury sustained prior to Daytona and make his debut for GEICO Honda. McAdoo, who started the season with Smartop/MotoConcepts before being granted his release to sign with GEICO Honda through 2018, has one top 10 in three rounds raced this year, but his speed certainly indicates the results could be much better. McAdoo rode a Honda while with Smartop/MotoConcepts, so the transition should be rather smooth. How will he do this weekend in his return? –Chase Stallo

If you were to tell Rocky Mountain ATV/MC-WPS-KTM team manager Forrest Butler prior to the start of the season that his riders would sit sixth and seventh in points with two rounds to go, he probably would have been ecstatic. Blake Baggett and Davi Millsaps have both enjoyed strong seasons, combining for seven top fives between the two. Baggett also has a podium to his credit, while Millsaps continues to be a consistent top five threat despite dealing with separate wrist injuries. They enter this weekend tied for sixth in points—who leaves with the lead? –Stallo

Traders Racing Yamaha’s Luke Renzland has had a very under the radar season. Through seven rounds, he’s scored four top 10s and finished a career-high sixth in Atlanta. Although he now calls Florida home, Renzland was born less than an hour away from East Rutherford, in Hewitt, New Jersey. If Renzland can secure one more top 10 over the next two rounds, it will mark the most top 10s in a season in his career at five. Can he get it in front of his home crowd this weekend? –Stallo

As we noted earlier this week, Marvin Musquin’s recent five-race stretch has only been matched by Eli Tomac, and a la Seattle (win) and Salt Lake City (fourth), East Rutherford is an ideal fit for Musquin’s style. He’s enjoyed success here before, winning in 2015 while in the 250 class. The pendulum could swing multiple ways—Musquin could win and cost both points; he could finish ahead of Dungey; or he could finish ahead of Tomac—but he could certainly be a factor this weekend. –Stallo

After a one-off race in the 450 class with Honda HRC last weekend, Christian Craig returns to 250SX this weekend. The recent switch from 450 to 250 shouldn’t be a huge deal—it may actually help Craig get his 250 season back on track—as he only spent a few days testing with the team. A season that started with title aspirations has only seen Craig on the podium once (third in Toronto). Will the switch help or hurt Craig this weekend? -Stallo