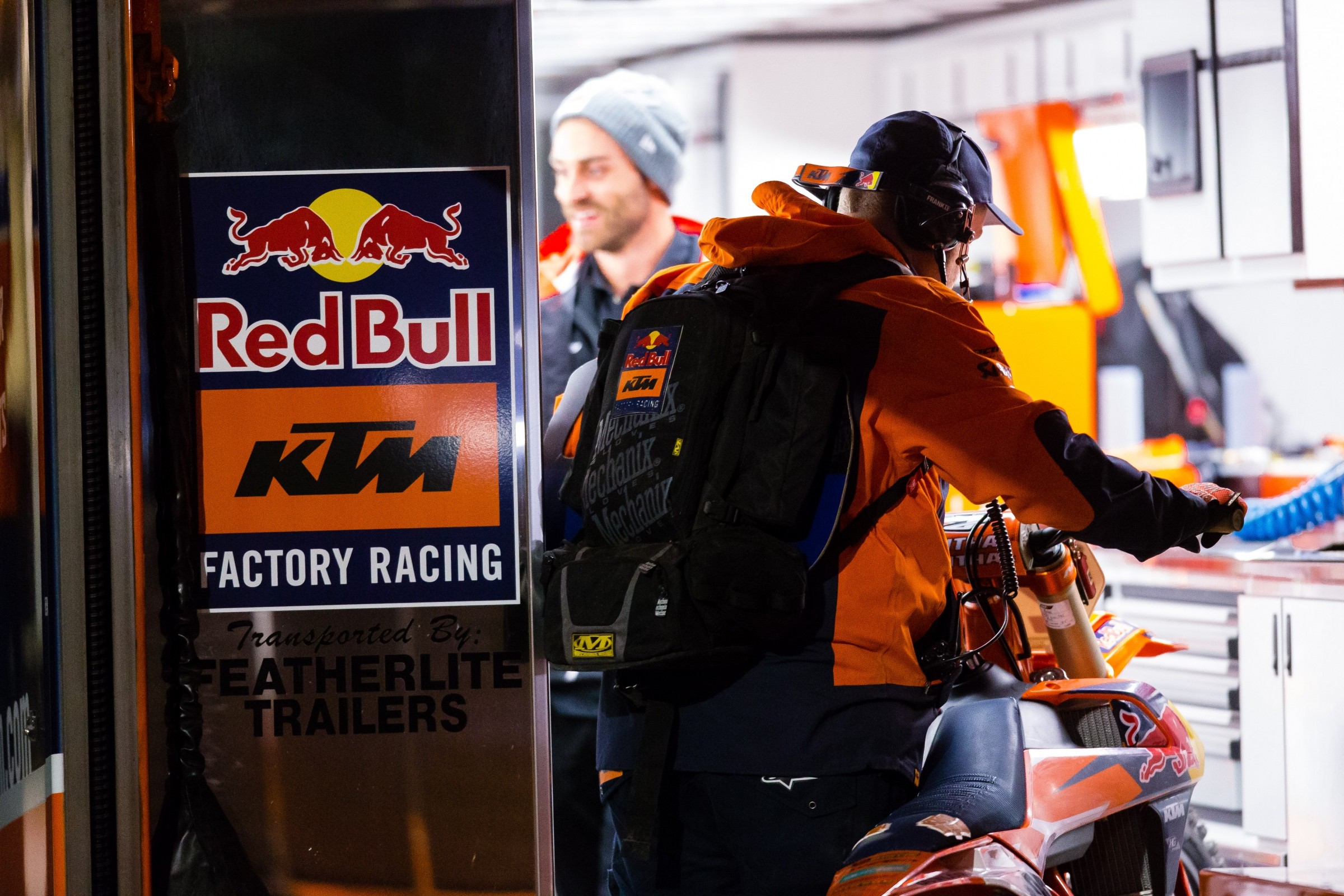 I had a good time this weekend in Detroit. On Friday night, I stayed at the house of a random guy I’d never met before (but he works for Jeep so I was just trading him massive amounts of inside moto info for a shot at the Friends & Family discount next time I’m ready to buy #OrangeJeep). On Saturday after lunch, security stopped me from going into the pits because I had a cup of coffee in my hand, and outside drinks are not allowed. I don’t waste food or drinks (that I’ve paid for), so I stood there chugging, when all of a sudden I heard screams of “Weege!” coming from the parking garage across the street. Fans were tailgating and since I had to kill a minute downing my coffee, I headed up to join them.

And it was good times, of course. Just to get the full experience as a proper journo, I tried some of their drink selections while using the same chugging action I had been perfecting on that coffee. Much love to these folks and their friend Jack, who I got even closer to than the random guy whose house I slept in the previous night.

After I had finished several of my drinks, I went back to the pits. I spent a lot of the day hanging out with the Rockstar Energy Husqvarna team for an upcoming story in Racer X Illustrated (the magazine, kids) but did take a stroll to see what else was going on. From Monster Energy Kawasaki’s Bruce Stjernstrom I learned about the long process that leads to breakthroughs like Tomac has experienced this season. Yeah, the right parts helped, but that couldn’t happen without the right communication to find, make, and use the right parts. From Troy Lee Designs/Red Bull KTM, well, there I got an “update” on Alex Martin’s condition, courtesy of seething team manager Tyler Keefe, who at first couldn’t even produce words. With a clenched jaw, red eyes, and steam pouring out of his ears, he managed to release enough muscle tension to slowly twist his head back and forth, indicating “no” when I asked if Alex could race. A few hours later, he was maybe nine percent less angry. I saw Alex walking around, too, very slowly. I can only imagine how much that team atmosphere changed by the end of the 250 main event—although it’s too bad Detroit doesn’t offer enough room for teams to open their tents. Even on a bad night, the TLD team usually offers up a rave come 11 p.m. There wasn’t any room for it this time.

Later, I went to the Yamaha truck and found trainer Gareth Swanepoel, who gave me updates on Cooper Webb’s return, as well as the behind-the-scenes work that’s getting Colt Nichols and Bradley Taft back to the track. Of course I stopped by the Autotrader.com/JGR Suzuki truck. I always stop there. On this day they had birthday cupcakes for Justin Barcia. This is always great because all the super-fit riders and team dudes can’t touch ‘em, which means more for me.

I also stopped at the Monster Energy/Pro Circuit Kawasaki truck and asked Joey Savatgy about his week. He came so close to getting the win in Indy, losing the lead to Zach Osborne, but keeping it close to the finish. He also seemed a little upset with contact from Osborne in the main—as well as Osborne’s practice run-in with teammate Adam Cianciarulo, who was sitting right there. Savatgy said he wasn’t as mad as maybe the quotes made it sound, he was simply saying that there was contact from Osborne, and now he knows he might have to do the same thing himself, and that’s fine. What I really wondered, though, was since Joey works under such well-known competitive people as Mitch Payton and Ricky and Jeannie Carmichael, if there was some major screaming and yelling going on Monday morning after a second-place finish.

Joey told me that Ricky is actually the one who helps keep it mellow, which is the exact opposite of what I would have thought. Joey said that while losing a race by a close margin is really frustrating, it’s critical to remember that if you rode well enough to nearly win, you’re close to where you need to be, so you don’t want to get mad and start trying to make radical changes.

But you can feel the tension starting to build in this 250 title chase, from the ridiculously close points standings, to the practice shenanigans, to the large collection of contenders and spoilers. Not only are the standings close, but you’ve got Craig and Dylan Ferrandis in there ready to get in the mix and steal points. Also looming, the nut ball Las Vegas finale, with East and West Region riders lined up together, ready to steal points from each other.

As we discussed that, Savatgy noted that he might have help, because he has three very capable teammates in Cianciarulo, Justin Hill, and Austin Forkner. (So then Cianciarulo joked, “Oh sweet, so I’m not in title contention myself I’m just a fast teammate who can help! Thanks!”)

Osborne only has one teammate, Martin Davalos. Yeah, the teammate deal might be a factor, not as far as riding dirty, but maybe stealing points from other riders, or moving over to help a teammate. (Although, Mitch Payton has had opportunities before and never does it, such as the Pourcel/Canard 250MX finale in 2010, when Pourcel’s teammate Dean Wilson took off and went 1-1.)

A few hours later, the 450SX main event rolled off and Ryan Dungey found himself scratching for every point possible. Surrounding him were fellow KTM riders, but they had no reason to pull over and help him. The Rocky Mountain ATV/MC-WPS-KTM team is only a month removed from its first-ever 450SX podium. That was a big deal, so podium number two would have been, too. Davi Millsaps hasn’t been on the podium since 2013—so a third would be huge for him, as would be the bonuses for either he or Blake Baggett. It’s easy to say the KTM dudes should work together to help Dungey, but such favors are remembered that night and forgotten months later. Millsaps and Baggett will be at the negotiation table someday, and saying you’re a “podium guy” is a lot better than saying “I would have been a podium guy except I let Dungey by.” Would most people even believe that anyway?

That’s the way it should be, too. Good to see Dungey earning it instead of an anti-climactic “Oh these dudes will just let him by.” Detroit’s main was tense to the end because of this. In the case of two close points battles, the 250SX East Region promises to be exciting because the story can go in so many directions. The 450s will be equally exciting, because of one plot: it’s just Dunge and Tomac, giving it everything they’ve got, and settling it on the track.