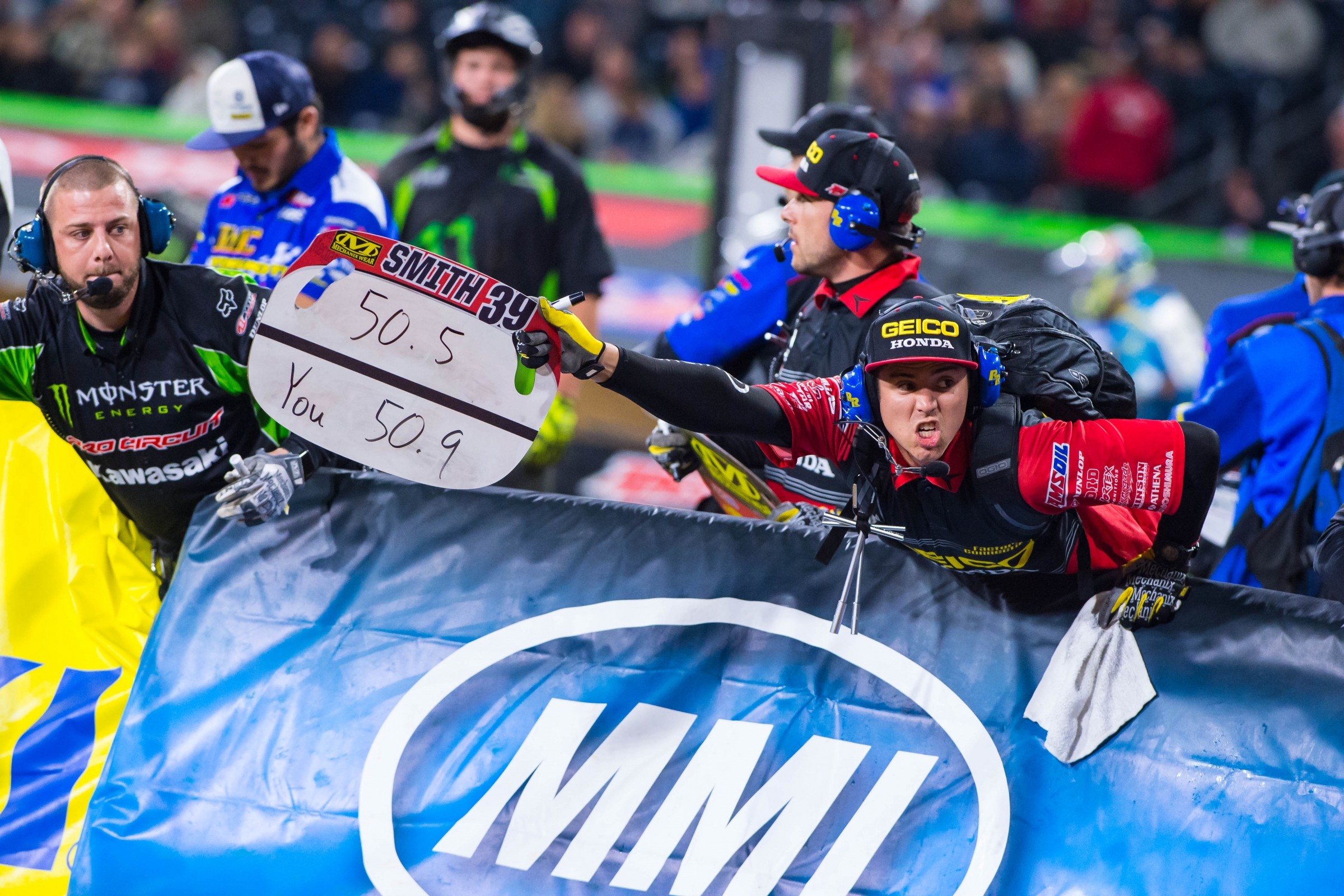 Last week, Feld Motor Sports, promoters of Monster Energy AMA Supercross, announced the first major format change (excluding the reintroduction of semi races a few years ago) to the series since 1985. Races will now be timed instead of run under a set number of laps. The thought process behind the decision was to give fans a longer show, as well as bring cohesion to the program, with every heat, semi, LCQ, and main event running the same amount of time.

How much more bang for the buck are fans getting in 2017? Main events for the 250 Class will be 15 minutes plus one lap. Yesterday, we estimated how much longer riders will be on the track in the 450 main events next year. Thanks to data provided by the AMA, we’ve compiled three years worth of stats from the 250 Class in Monster Energy Supercross as well.

In 2015, we saw much of the same. Three main events (Anaheim 2, Daytona, and Las Vegas) went over the 15-minute mark. In contrast, eight main events were shorter than 14 minutes.

Big difference last year, with six main events going over 15 minutes. But, like 2015, there were also eight main events that lasted less than 14 minutes.

By adding up lap times, we have a rough estimate that if timed main events were used during the 2016 season, the average number of laps per round would have been 18. Santa Clara—the shortest races last year, clocking in at 11 minutes, 18 seconds—and East Rutherford would have had the most laps at 20, which is equal to what the 450 Class ran previously.

Glendale, Daytona, and Last Vegas—the longest races—would have featured the least number of laps with 15. As we mentioned yesterday, it’s telling to see that only on an extremely long track (Daytona’s outdoor-style venue, and Las Vegas and Glendale, where the riders went outside the stadium for additional track length) would the riders end up doing only 15 laps in the new 15 plus one format. If we had the exact same tracks and lap times in 2017, 14 of the 17 rounds will end up with more laps than in 2016. That’s a significant change.

Next year should be interesting, for a variety of reasons.