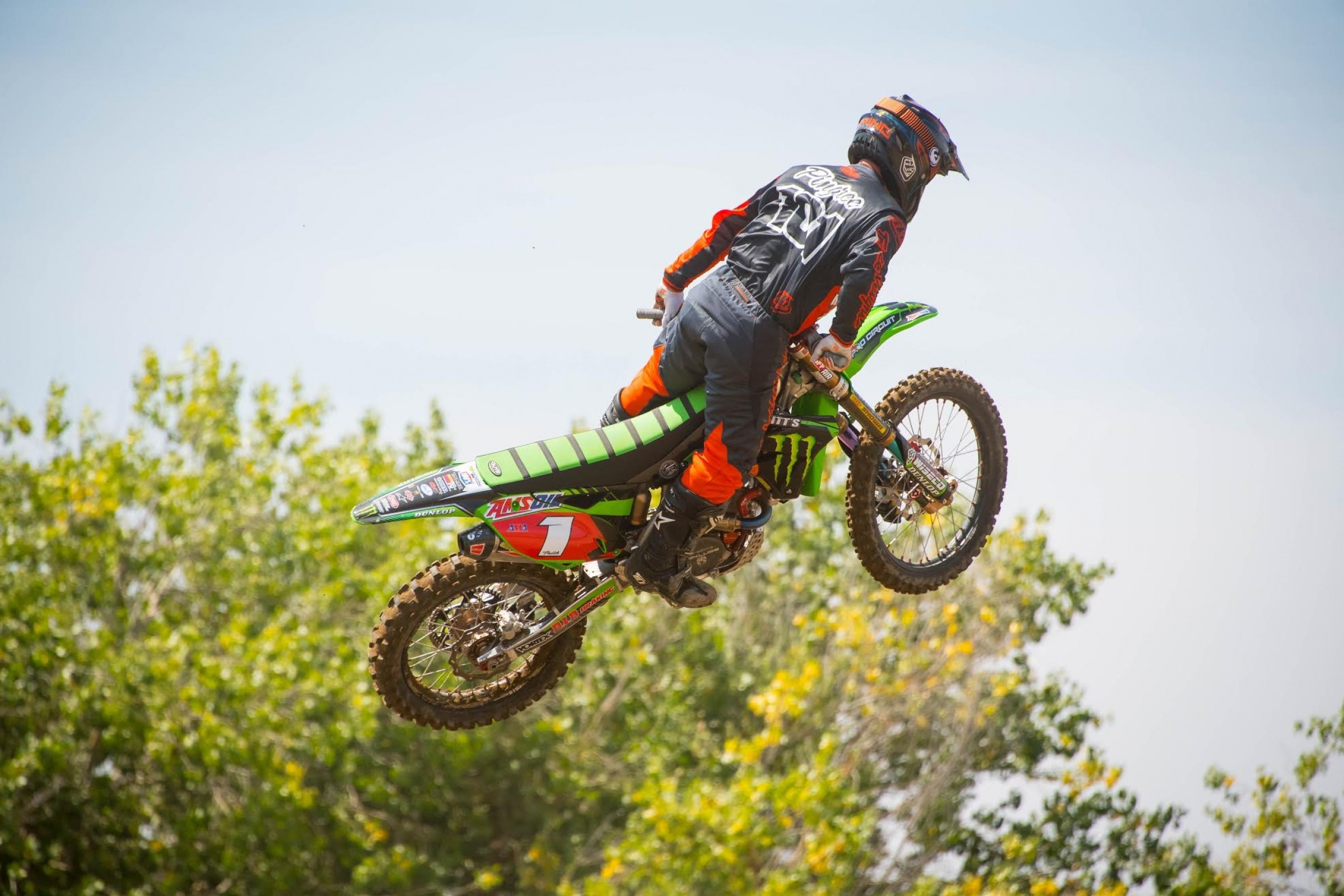 I heard from some insider information that supercross will go to a 20 minute + 1 format for the main events, I didn’t want to leave you out of the loop so I thought I would send you an email. Personally I think it is a bad move, and I’m not looking forward to it. I understand that Feld wants to put the superstars of the sport on the track longer, but all this will do is make the races more spread out, predictable, and flat out boring. Why are the promoters so scared to try something different? How about qualifying 18 directly from practice, and start the race with an LCQ (which always seem to produce some great moments as the privateers are going all out for their time in the spotlight) like they do in Monster Cup. Make the heats for gate pick and add championship points (3 for 1st, 2 for 2nd, 1 for 3rd) to add some incentive. Do two 15 lap main events, and invert gate pick for the second main so we can really see the top guys pick through the pack. That is what the fans want to see. Your opinion travels farther than mine does so what do you make of this nonsense?

That’s some really groundbreaking news you found there, pal. I have no idea where you could have heard it… aside from every motocross news outlet on the planet. Great detective work, Inspector Clouseau. Thanks for keeping me in the know. Two main events seem great to avid fans but they confuse casual fans and make the TV broadcast more difficult to follow. One of the great things about supercross racing is the anticipation and build-up to the main event. Two main events is actually an oxymoron; the name “Main Event” implies that it is the final and most important happening. The concept of some additional points for a head-to-head segment with the top qualifiers could be cool and it would give the top riders more track time, something the fans want to see. But I don’t know why people are so quick to change supercross. Am I the only one that still thinks it’s a great show? I know we all like to bitch and complain and bench race but it seems like everybody has the fix to make supercross great again. I think it’s already pretty rad.

First time writer! Anyway, in last Friday’s column you touched on a topic on which I have a strong opinion: 250 vs. 450 at the professional level. I KNOW this would never happen, but as bench racers we love to discuss the what-if’s and all the things we would do better if we were in charge of MX Sports (those guys do a pretty darn good job), Feld (decent job) or the AMA (no comment). I think all professional level classes should be 250F’s. There should just be a premier and a support class. What you touched on was that only a very few guys (Dungey, Tomac, Roczen) are able to ride a 450 close to its potential. This spreads out the field and makes the racing quite boring. Just for example, I watched every moto of the 250 nationals this year and watched some several times. I only watched a few 450 complete motos. Likewise, when I attend a supercross each year, the 250 mains are far more exciting and there is just more excitement and energy hearing 250’s in the rev limiter all the way around the track vs the calculated throttle control of the 450’s. That’s just my two cents. I’d like to hear your thoughts on the subject.

Thank you for yet another idea to improve the sport. This one, however, I actually agree with. The 250 class is almost always more exciting to watch because you can ride them harder and more aggressively. If that were the premier class and the 125 class came back you would reduce speeds (meaning reduced injury), bring back a cost effective class for entry-level racing and close the gap between the front runners. After all, it is easier to ride a 250 fast than a 450 at that level. I highly doubt any of this will ever happen though so I’m just going to enjoy the sport while I can. I suggest you do the same.

After reading about different preseason training programs I am left with questions. What is the biggest difference in rider training programs? It is a huge topic of conversation at every race. All you ever hear is “not one program works for everyone.” But how different are they really? What makes Aldon Baker’s program so much better than say Johnny O’Mara’s or any other trainers? Or does it just come down to the mental side of things? If the Pingster would have been enrolled in Baker boot camp would we see “Pingree” in the list of names who have won championships? Or would you still have been just an above average rider in awesome shape? I just don’t see why Aldon’s program gets so much praise from everyone when there is no way it is leaps and bounds different than what anyone else is doing. My second question is, do you think the sport is getting too serious? Kenny gets so much criticism for what he says, how he trains, and what he does outside of racing. He is just trying to have fun with the millions of dollars he is making and getting shit on for it. I understand it is a job, so you have to be serious. But their job is to ride a motorcycle. Have some fun with it. Look at how the King or Jeff Emig trained. They did, but had more fun and weren’t so damn serious. Emig has said that RC ruined the sport by taking training to the level he did. Wanted to know your thoughts.

Training has come a long way in our sport but we still have some ground to cover. When the top trainers are all former dirt bike racers or bicycle racers with little or no formal education on physical fitness/anatomy/physiology we are selling our athletes short. That isn’t to say that some nerd in gym shorts with a degree and a whistle is the answer. But for our riders to truly maximize their fitness potential there is a balance between the two that needs to be met. Like I said, we’ve made a bunch of progress over the years. Aldon is a former bicycle racer who understands very well how to use that tool to build cardiovascular fitness and, from his personal experience, he has a solid background in nutrition. However, strength training is not something bicycle racers do; there’s no need for it. In my humble opinion, he leaves something on the table in that area. Still, it’s difficult to argue with the titles on his wall so his model clearly works for some. However, Aldon’s is just one way to skin a cat. The GEICO Honda team is implementing CrossFit for some of their riders and employees and it will be very interesting to see how that goes. Roczen’s trainer actually has a formal education but little experience in motocross. He utilizes many CrossFit-type movements that focus on strength and core stability. Like I said, there are multiple roads to the same destination. And it is true that not every rider is the same. For a 19-year-old kid like Adam Cianciarulo who was in the middle of a massive growth spurt, riding hundreds of miles on a bicycle with limited strength training might not have been the best program. For a guy like Roczen who is more naturally talented and doesn’t thrive on the daily grind, Aldon’s program isn’t a good fit. However, many riders have used that formula to win championships. Ultimately, the onus is on the riders to figure out what works for them and to find a trainer to help them get physically and mentally prepared. I don’t know where my career would have gone if I had better direction back in the 1990s, but I was just guessing about what I should do and copying the training of riders who were winning; not exactly a meticulously engineered program.

Is the sport too serious? Any time there is significant money involved in a sport it is going to get serious. Fitness is a key to winning in motocross and those who want to win will have to forego beer bongs and partying. Unless you can convince all your competition to party with you like Fro and McGrath did back when I was racing. It’s no wonder I was out of shape back then.