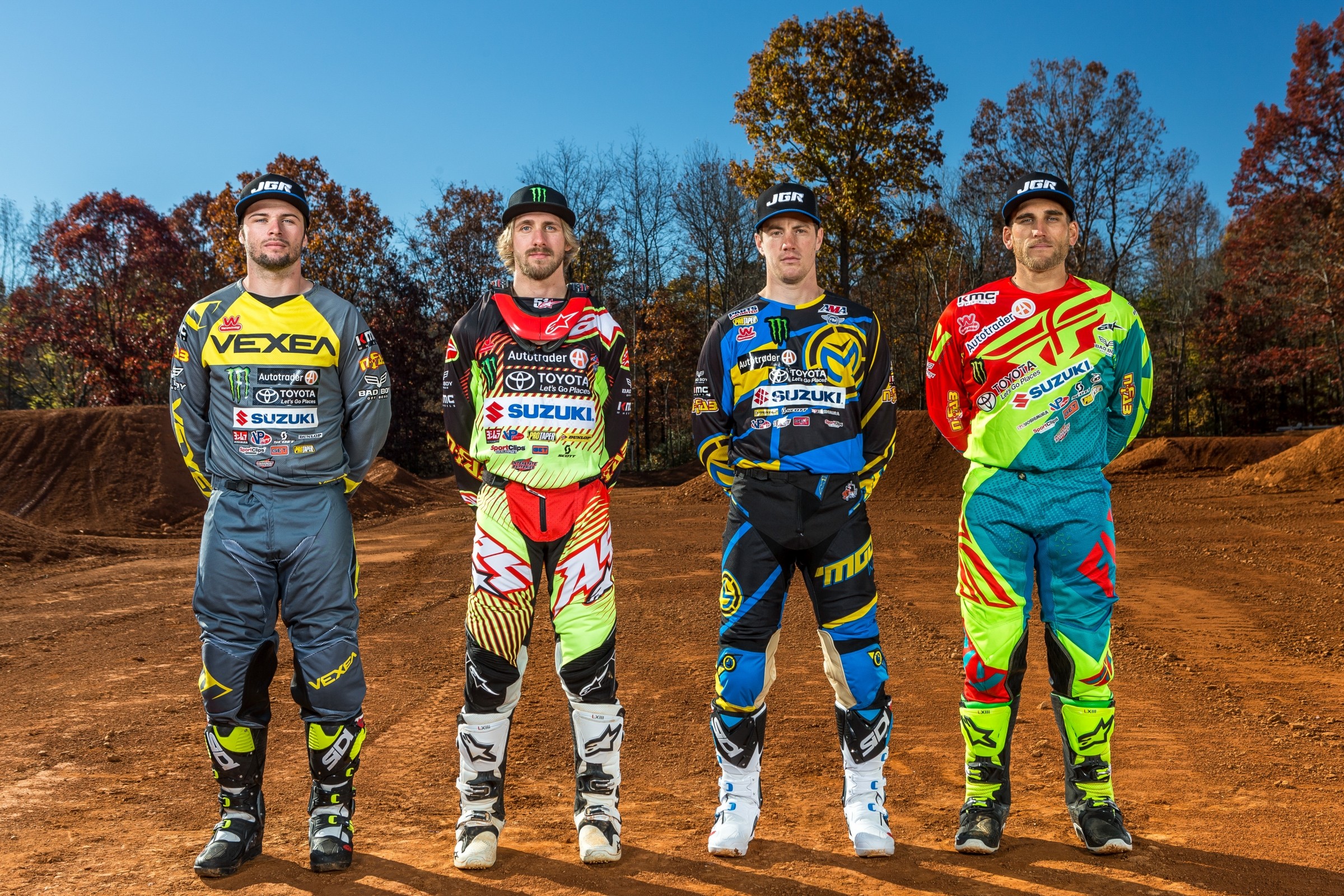 A little over a month ago, Joe Gibbs Racing announced they wouldn't be renewing their contract with Yamaha, and would instead be riding Suzukis for 2017 and beyond. Since then, we've learned that Matt Bisceglia and Phill Nicoletti will fill out the 250 team, but one more piece of important information was still missing ... the final bike design. Since the announcement we've only seen fuzzy cellphone pictures and Instagram screenshots of a rough draft of the bike Justin Barcia would be lining up on at Anaheim 1. Thankfully, Garth Milan stopped by the JGR test track last week to snap some high-quality photos of the team and their finalized look for 2017.