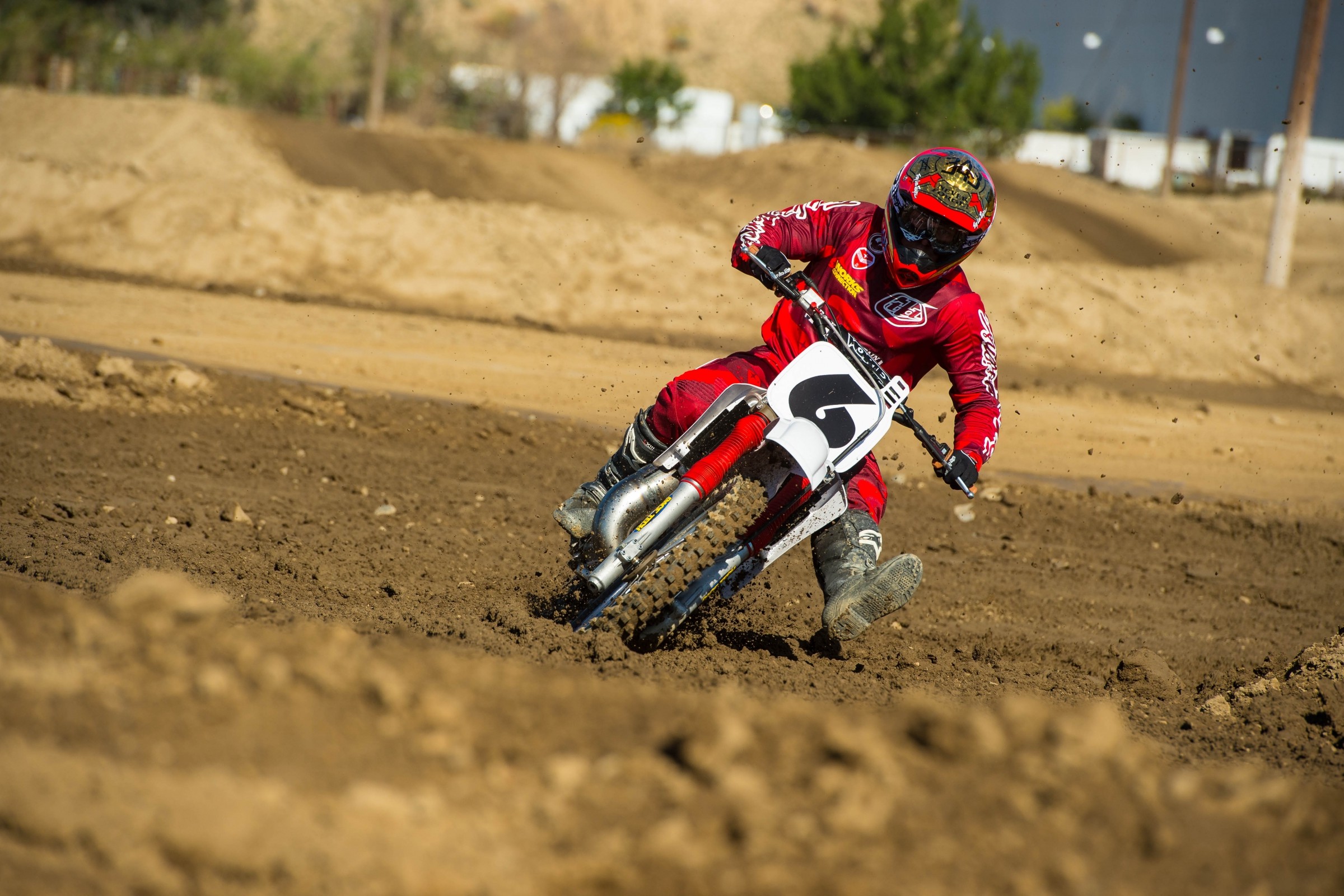 I have been wanting to write this letter for a while now but the rider situation never dictated it. [IT HAS NOW] I know to be a top supercross rider is everyone’s dream, but in the case of Austin Forkner he should take care of business first. Why wouldn’t he go to Europe right now and run the MXGP2 class? With Herlings gone I bet there would be multiple companies who would sign him to million-dollar deals. He would be the odds-on favorite right away. Being fast, young, and the holeshot artist he is, they would be drooling over him. My point is put the millions in the bank over there, then come ride the supercross series over here at the ripe old age of 21 or 22. He would have much more experience, be much stronger and more mature for the American Supercross series. He would be set for life with NO PRESSURE on him. AC should be the poster child for my theory. I love AC, but if he doesn’t start winning Supercross races with ALL THAT PRESSURE on him now, he will be banging a hammer the rest of his life. Give me your thoughts.

By your logic a young, collegiate quarterback who is fresh off a Heisman Trophy and a National Championship should sign up with a Canadian Football League team and play for a year or two up north. Talented, young hockey players should hone their skills on a regional roller hockey squad and surfers should just slow down and do some boogie boarding before trying to qualify for the Pro Tour. Right? Pull your head out of your ass, pal.

First of all, they aren’t going to throw millions of dollars at a rookie kid who doesn’t have plans to stay in Europe. Second, Austin’s goal is to win here in America and going to Europe for a year doesn’t advance him toward that goal. If anything, Austin would lose ground to his counterparts staying stateside who would be riding supercross each year. The path that has proven effective is starting out during the summer with Lucas Oil Pro Motocross like he did last summer. He learned the way pro racing works on tracks he’s familiar with and now he’ll adapt to supercross this year.

AC has had a lifetime of injuries and that’s not his fault, plus he was so ready for supercross that he won the very first one he ever raced in. I think he and Austin are both going to have big years in 2017—even without signing up for any GPs.

After the RBSR I dug into the archives and found this letter of mine that you answered:

Long-time reader, first-time writer. I thought you would be the best resource to go to with this question since you know supercross and you have tested an electric bike. How well do you think an exhibition race on electric bikes during the half time of a supercross would go over? Maybe one of the electric bike manufacturers like Zero would provide ten bikes and let the first five riders (that don't make the main) from each of the LCQs go at it for five laps? Do you think the track would break the bikes in half? Would the spectators yawn to death? Or would it be a bigger deal than the KTM kids? Maybe if it were a success a major electric utility or GE would sponsor it! They keep saying that the electric bikes are the future; maybe this would be a start. Is this the stupidest question you have ever been asked?

I’m not going to say that it is the “stupidest” question I’ve ever gotten but let’s just say that if someone from GE was willing to help provide the electricity I would hook up jumper cables to your nipples and cook you into a piece of well-done bacon just for suggesting it. Mmmm, bacon. Actually, as much as I love bacon, your idea could work. I think that electric bikes have a niche; I just don’t think that a supercross track is where that niche is. Those bikes don’t quite have enough power to pull the skin off a bowl of rice pudding so I think making a triple or even a finish line double is out of the question. And those smaller tires would be a handling nightmare on really tacky soil; most supercross tracks have a riding surface that is stickier than chewing gum. Once those bikes improve to where the riders could actually ride the track on them I think your idea could work. Right now I think it would look like a cheesy gimmick to buy some time between races. And wouldn’t you really rather watch four drunks in fat suits knocking each other over for a $20 gas card?

Just curious what you think now.

Well, that was several years ago and you have to put my comments into perspective. The best electric bike at that time was the Zero, which was basically running downhill mountain bike tires and felt more like a trail bike than something built for a track. They were not nearly as fast as the Alta and battery technology wasn’t what it is today. After what I saw in Pomona last weekend I would say electric power plants have arrived. Josh Hill beat Kyle Cunningham on a Suzuki 250. Sure, it was just one straight filled with jumps but it was still unprecedented. And it ushered in a new era for our sport. That bike weighs 250 pounds and is still in its infancy. Can you imagine where this will go within the next decade? When Honda or Yamaha decide to commit to the technology, the electric market will start taking over the same way four-strokes did. Ironic that we spend so much time bickering over 2T or 4T and this Edison powered version of a motocross bike is about to make that argument obsolete. Welcome to the future.

Back in the dinosaur days when I was racing minis and amateur, the great State of Texas had multiple pro races. There were two outdoor nationals, two supercrosses and multiple arenacross races every year.  Hell, now we can’t even get one arenacross anymore! Arenacross was invented in Texas by Mike Kidd!  In fact its moniker was the “Texas AX Series” until 1990 when it became the “United States Arenacross Association,” then PJ1 Arenacross and ultimately evolved into the AMA Arenacross we have now. For Decoster’s sake, the first ever true indoor AMA Supercross was held in the Astrodome! Texas has the second largest state population at 27 million people, a very vibrant amateur motocross community and multiple national caliber tracks more than capable of hosting a pro national. I’ve asked this question of many people but never gotten an answer that was satisfactory to me? Why has the Dallas Supercross become the lone top-tier professional event in Texas or the surrounding states?

Dazed and Confused in Dallas,

P.S. I have been waiting for 26 years to find a valid reason to pull out the jacket in the enclosed picture so if you could include it as proof of the original United States Arenacross Association, and my personal domination of the 125 Amateur class, I would appreciate that as well.

First things first: there will never be a valid reason to pull that jacket out and wear it. Ever. Guys with Members Only jackets make fun of guys with those shiny jackets. Bury that thing in your closet and never pull it out again.

Obviously Houston stopped pulling in spectators at the supercross events or the race would have continued. There are still several big amateur national events in the state and the main reason there isn’t a national there is the weather. The insane heat and humidity during the summer gets dangerous. The last national I went to at Freestone there were riders passing out after the race and I had to stand in a slow corner and throw water on my riders as they went by. If you want an official reason you’ll have to write a letter to Feld or MX Sports. Or just show up at their offices wearing the jacket. I’m sure you’ll get answers.