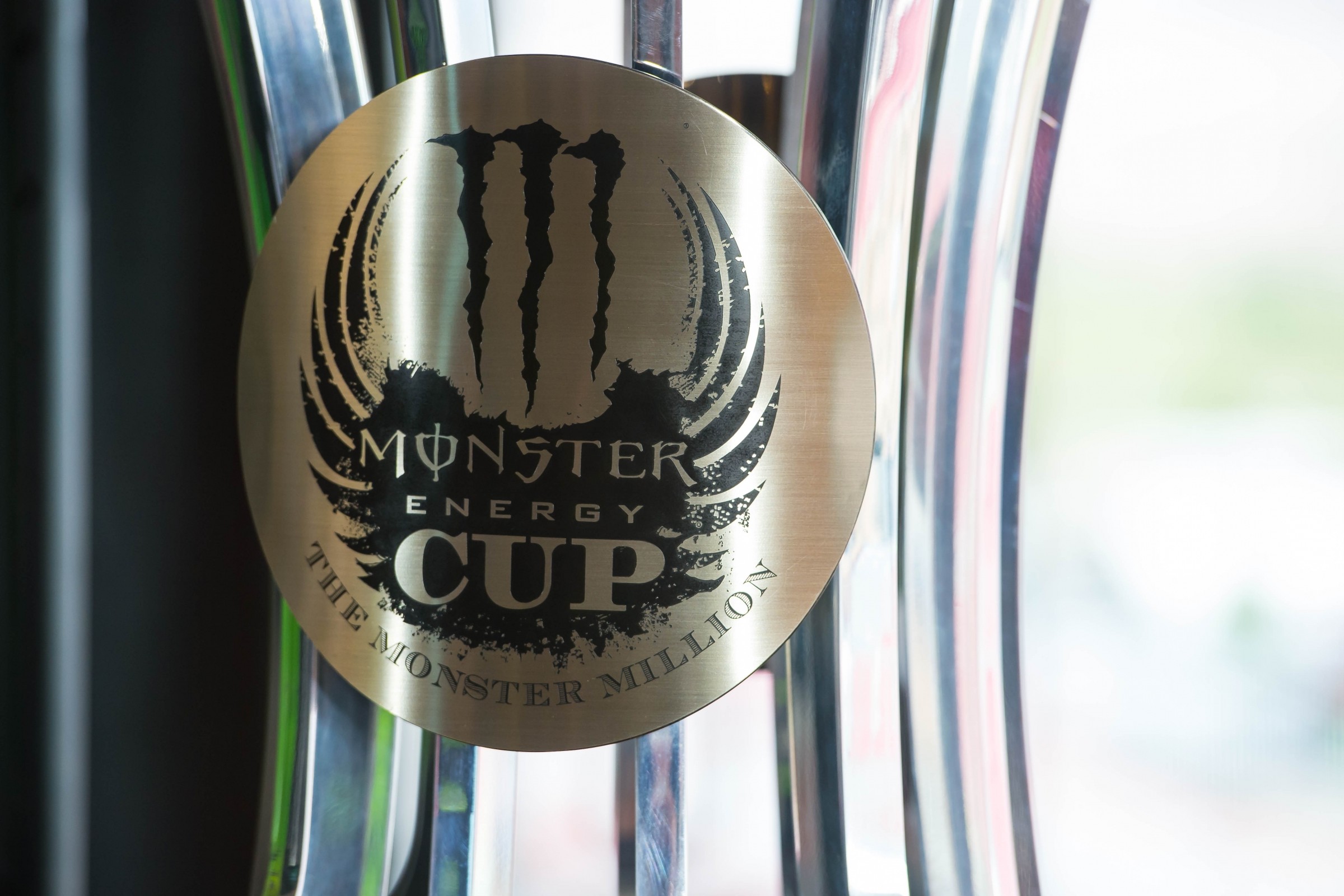 We’re now deep into the off-season run of races that everyone was scared of in August. Since the Lucas Oil Pro Motocross series ended, two USGPs, the Motocross of Nations, the SMX Cup, Monster Energy Cup, and Red Bull Straight Rhythm line up as six races in eight weekends.

No rider will do all of these events, and none of these events will draw all of the riders. However, the Monster Energy Cup has emerged as the leader in attendance, as it will have the most star power and factory team attendance of any off-season race. That seems to make sense, since this is the most “normal” of all the off-season races—it’s run by Feld Motor Sports, and it takes place at Sam Boyd Stadium in Las Vegas, so, familiar faces in familiar places. Plus, this race is an evolution of another popular and successful off-season event, the U.S. Open in Las Vegas.

But even with all that going for it, the Monster Energy Cup struggled to get the stars in year one. Ryan Villopoto showed up because he’s a Monster guy, but the pre-race press photo session featured him, Kevin Windham, and no other riders who have won a 450SX race before or since.

Plus, while Villopoto was literally proving the event’s worth by grabbing the Monster Million bonus, Chad Reed and James Stewart did some Twitter snickering on the sidelines about the lump sum pay, after taxes, actually being only a Monster Half-Million. Yep, almost any new event will not be greeted by open arms, to the point where even $500,000 seems lame.

It didn’t take long for the Monster Energy Cup to take off, and now pretty much every big name shows up. Also, this event has become a test ground for Feld, which gets to run out crazy ideas both as interest-building gimmicks and maybe, just maybe, real experiments of what could work at regular supercross races. Still, change is notoriously slow to come to actual points-paying races in this sport, thus, all of the unique parts of the Monster Energy Cup are still unique to this event. How have they worked? Here are my opinions.

The Joker Lane: Love it. Love it. Love it. This is the rare attempt to put some so strategy into the races. Besides the Motocross of Nations, there really isn’t any strategy in any other race, which makes the sport pretty strategy adverse. As a result, most people try to save the Joker Lane until the last lap. C’mon! If you’re stuck in sixth and can’t make any passes (which happens often on this track, see below) I’d think the smart play would be to duck into the Joker Lane immediately. Now all you’ve got to do is go slightly faster than the dudes in front of you and you’ll have a free pass later on when the riders ahead of you go for it. That’s a much easier way to pass someone than, you know, actually passing someone.

We’ve seen some memorable moments when riders have forgotten the Joker Lane, and that’s led some to say it shouldn’t exist, the riders have to concentrate on the track too much and can’t remember the Joker Lane. I disagree. Use it and use it to your advantage. If you forget it, read your pit board. I know that reading the pit board is becoming extinct, too, but it’s there, so take advantage.

Why do I like the Joker Lane so much? Let’s face it—a lot of the races we watch are blowouts. One dude takes off and never gets passed. I like at least having the idea of some sort of wildcard in the mix. And it’s not like the Joker Lane is so crazy that it will allow the fifth-best rider to win the race. The fastest guy will still win. This just makes it more exciting, or at least offers up the illusion that something exciting could happen, which is often just as good.

Three Main Events: I love this concept, but once I see it in action, I do see a small drawback I hadn’t thought about. For the dudes up front, the action is good. The start is always pretty random in racing, so unless it’s Jason Anderson last year, you almost guarantee some varied results and battles by having three starts instead of one. It’s somewhat telling that in the five years of this event, only once has a rider won all three races. There are quite a few factors there, such as the mounting pressure of the Monster Million, but don’t forget the basic idea that getting three good starts is hard! So the battle for the holeshot, the race win, and the overall is fantastic with a three-moto format.

What’s the bad? When you watch a regular 20-lap main, the pack eventually spreads out. If you’re in the stadium, you’ll look around and notice a big battle for say, 12th. The TV cameras will usually go back there, too. But in a 10-lap race, the battle up front is usually still pretty good, so you really can’t take your eyes off of it. That’s good in one way but bad in another: watch the race on TV this weekend and you’ll notice you basically never see riders outside of the top 10, and often you won’t see much outside of the top five. At a normal supercross, when the race for the win gets boring in the second 10 laps, the TV crew gets to pay off the riders that might be battling for seventh, or 10th, or 13th. That’s very important to those riders and their teams and sponsors. With 10-lap mains, you never get back there. Seriously, check the results here on Monday morning and note how many riders you basically never even noticed during the weekend.

Overall I like the three mains, though. You’ll hear complaining that it’s hard for fans to figure out the overall. Well, most sports have a score throughout the game and everyone can figure that out. This can’t be that hard.

Hybrid Track: I think, at one time, this was pitched as a race that someone like Antonio Cairoli could come compete in. It was part motocross, part supercross. Well, not really. Tony never showed up and the jumps and obstacles are pretty much straight supercross. Still, a few Europeans have made the trip, including Tim Gajser’s scheduled appearance this year that unfortunately was wiped out in a crash over the weekend.

Compared to a regular supercross, this track offers longer laps and higher speed stuff outside the stadium, but the lack of whoops is the change maker. Well, it actually isn’t. It’s hard for dudes to make passes at the MEC, and I think the lack of whoops is a big reason why. Love or hate the whoops, it’s one section that really separates the riders, and if you have the skills, setup, and balls to bomb the whoops and get inside of someone for the next turn, a pass can be made. Remove that element and now it’s a contest of corner speed and scrubbing, and most riders these days are pretty close in those departments. The idea of a hybrid track sounds awesome, but as I wrote about a month ago after the Charlotte GP, they never really work out as well as a straight-up supercross or motocross track when it comes to passing.

Drop Down Start: Well, it was cool last year with the small drop down. This year … have you seen this? It’s going to be nutball! Props to Feld for going through the extra work and cost to build this—it will be spectacular. Obviously, everyone is hoping it will be safe, too, but I’d have to think that has been considered. Otherwise, I’m all for the change.

One Class: I remember when this concept first came to the U.S. Open, and a lot of the industry experts were theorizing that a 250F might be better for the track than a 450. These were early four-stroke days, and there were rumors that “even the best riders are asking teams to de-tune their 450s.” Whatever, the best riders don’t ask for less power. We actually did once see a 250 win a U.S. Open main event, with Jake Weimer on a GEICO Honda, but that was because Chad Reed needed a holeshot to get a $250,000 bonus and plowed all the top 450 riders under the bleachers at the MGM Grand Garden Arena. It’s not like Weimer was actually on the better machine.

Now that the race has moved to Sam Boyd Stadium and the track is even faster, it’s even more of an advantage to be on a 450. A few brave souls try it on 250s, like Jordon Smith will this weekend, but there’s no doubt which bike rules at the top level.

But putting all the riders together—yes, even 250 riders on 450s—has an advantage. Eli Tomac won a main event here a few years back when he was still primarily a 250 guy (but he was riding a 450 that night). You want to see how the kids stack up? This one is a nice hype builder.

Wide Open Rules: Did you know the AMA production rule is eased for this event? Works bikes are legal, but no team uses them because they want to use this as a test for Anaheim, which doesn’t allow works bikes. I’ve heard some teams might experiment with frame changes so they can try to pinpoint a trouble spot—is the production frame an issue or is it just the suspension or a different chassis component? But for the most part, no one is building crazy exotica here just to go for the million bucks. Even in the off-season, teams are ruled by what helps them win in the season that matters most, and that starts in January.