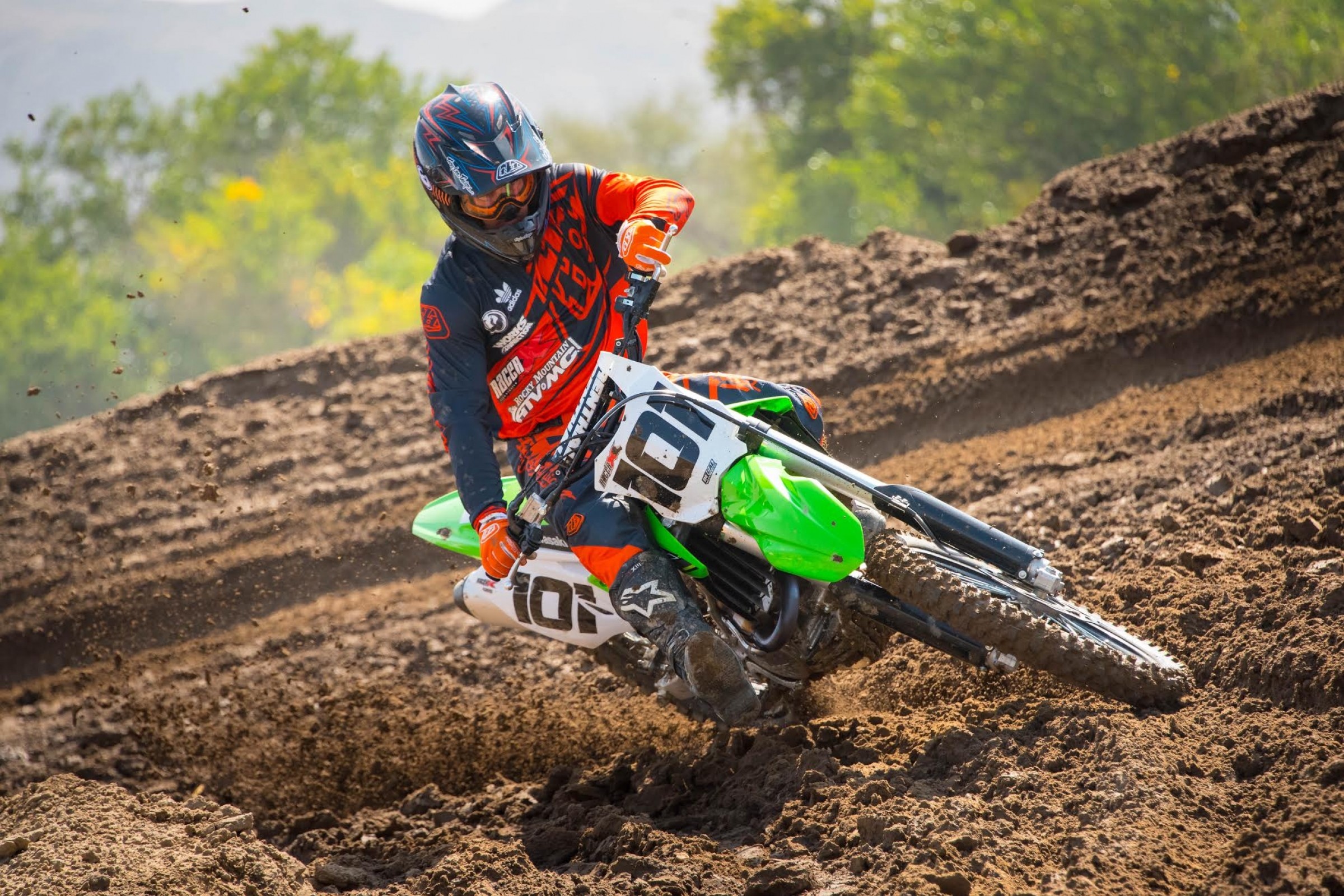 How do you see the vastly changing demographics in the USA affecting motocross in the next 5-15 years? It seems to me a combination of declining birth rates and the unfortunate fact that many Gen.X and Gen. Y’ers will not be able to provide the same standard of living they enjoyed to their own children will have profound consequences to the sport's popularity.

Another unfortunate societal trend is men opting out of marriage, fatherhood, home ownership, and the American Dream for a variety of reasons. This could allow men to spend more time riding, but they will not be cranking out armies of future racers like the Boomers did. Instead of blaming the usual scapegoats (video games, social media, four-strokes, etc.), we should perhaps look at other reasons as to why the sport is losing participants.

Damn, that’s some heavy reading for a Friday. I usually make a couple fart jokes, post a funny photo and call it a week. If you really want to delve into this issue I would say you’re on the right track. A burgeoning population has consumed much of the riding areas from decades past and covered them with tract homes and concrete tilt-ups. Many blue collar factory jobs are gone and, despite what some politicians might say, they aren’t coming back. Manufacturing that is returning is largely mechanized. More guys are choosing to be single or gay or hunkered down in their mom’s basement until they are into their late thirties. Those life choices don’t produce dirt bike riding offspring.

And parents these days wouldn’t dream of letting their child ride in a car without being properly fastened in a car seat, drink water out of a hose or eat food that isn’t organic and gluten free, let alone ride a dirt bike. What are you, nuts? Oh, yeah, speaking of nuts: none of those because some kids have allergies. As a kid I climbed around the inside of our Suburban like it was my own personal mobile jungle gym, the hose was my drinking fountain and I’m still not exactly sure what gluten is. If you are a middle-aged motocross fan I’m guessing this all sounds familiar.

It’s a different world we live in now and motocross seems to be a harder sell than it was in the ‘70s, ‘80s and ‘90s. I don’t want to get too existential but how can a kid who won’t look up from his iPad more than a couple times a day become enamored with motocross the way I did when I was five? I lived and breathed to ride my bike. We can bicker all day long about how many CC’s we should be racing with or whether two-strokes are better than four, but the truth is our world is changing around us and there are a lot of factors at play. I’m just enjoying it as much as I can now because I really do worry about the long-term future of the sport.

I was cruising through articles of the blue cut fire to try and get info on it and came across this picture. I live in Rancho Cucamonga, which is close enough to the fire for me to keep a pretty close watch on it. I thought it was pretty cool to see a moto legend such as you battling the blaze. I just wanted to say thanks for all the effort you and all the other men and women have put out trying to get this crazy fire under control.

Thanks, man. That fire was bananas. My crew was on the original dispatch that started as a small grass fire. It would have been stopped quickly under normal conditions. But with the heat we had early in the summer and the years of drought, the conditions are anything but normal. An ember drifted across the road and lit off an entire valley, initiating one of the biggest campaign fires in the state’s history. I was shocked to see this LA Times contributor shooting photos as we protected structures in our assigned area. She didn’t let the heavy smoke and flames stop her from following us in. The good news is this fire is now 100 percent contained. The bad news? Fire season doesn’t even start here until the Santa Ana winds blow in the fall. Yikes.

Long time reader, 1st time asker. I'm not a magazine subscriber but I love your guys site - I'm on it a couple times a day looking for the latest news. News today is too old too fast to wait for magazines to come out although I've been known to hang out at the Walmart magazine rack once or twice a month.

Just read the question about the prototype Suzuki RM125AF, my question is what is cheaper to manufacture; aluminum or chromoly frames? I seem to remember reading aluminum was more costly. If that's true wouldn't an AF 125 kind of go against the "make the entry level cheaper to get into" goal of 125s?

I have a 13 KTM 450 SXF (can't afford a new one yet) but KTM either thinks chromoly is superior to aluminum or cheaper to manufacture or both. And the newest model which still uses chromoly is 10 lbs. lighter. I love my bike, best I've ever owned but then I'm 59 and my last "best bike ever owned" was an 03 YZ450F (w/ 05 suspenders). I don't know but their bikes sure seem to be competitive with the aluminum frame bikes on the pro level.

Stop being such a cheap ass and subscribe to the magazine! For twenty bucks you get twelve issues and a free $20 Ride365 Gift Card. And the magazine has feature stories and articles you can’t get online anywhere.

Anyway, I asked the Suzuki guys the same question about aluminum/steel. Steel frames are typically cheaper to make, but in this case Suzuki would just use the current 250F frame with slightly altered motor mounts, making it the simplest and cheapest alternative.

As far as performance, the aluminum frame craze just took off like the air fork madness we’re seeing now. I think it’s pretty obvious that the steel frames on the KTM and Husqvarna bikes are working quite well. Aluminum just seems more exotic and when Honda went that direction it didn’t take long for the other manufacturers to follow suit. Even if it has no performance advantage, sticking with steel, while all the others use aluminum, is a risky proposition from a marketing standpoint. The only way to make that plan work is to win; something KTM has done plenty of in recent years. I wouldn’t expect to see an aluminum framed KTM anytime soon.