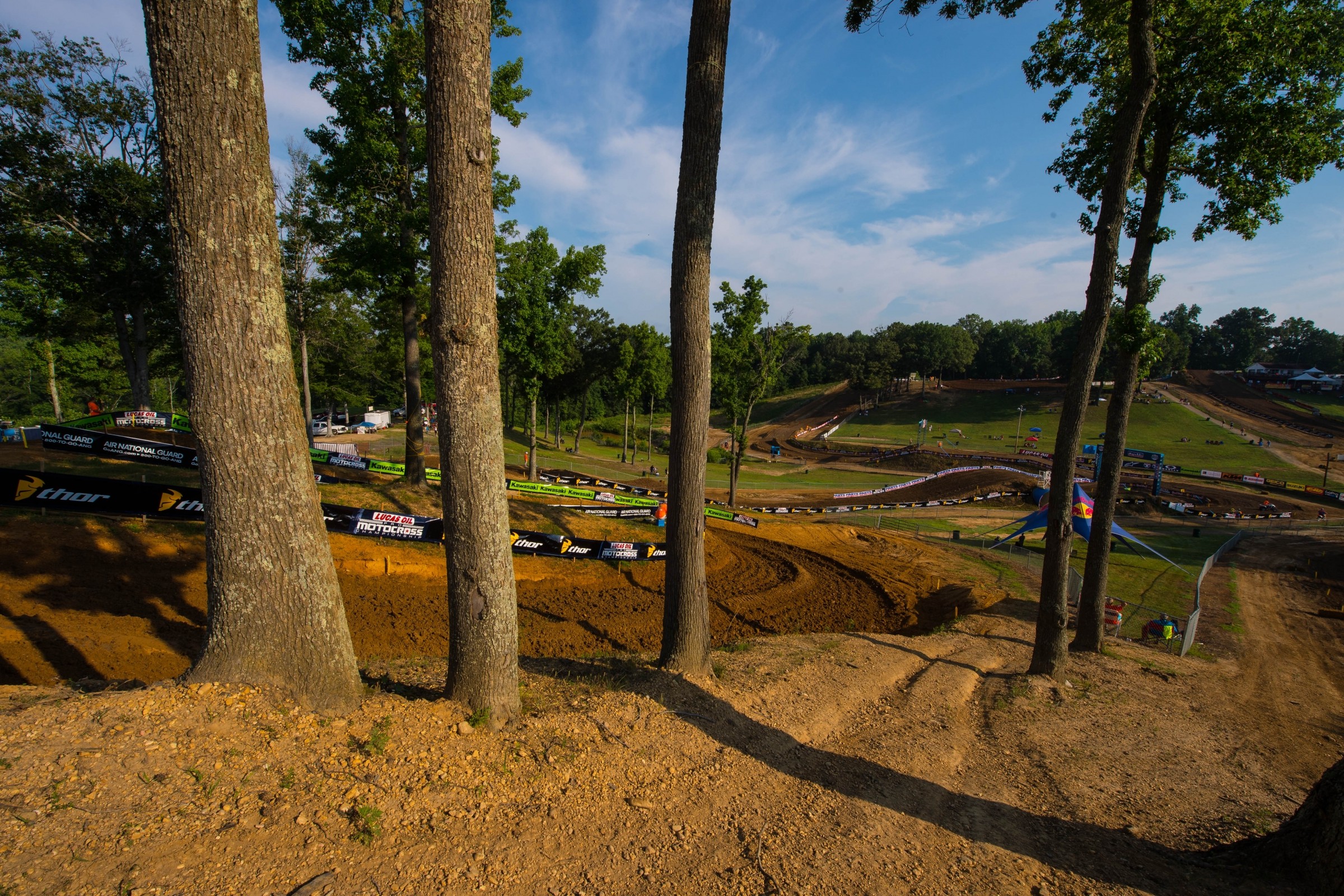 Budds Creek was my favorite track back when I was still racing. My first time to southern Maryland’s round of the Lucas Oil Pro Motocross Championship was in 1996 and I was in the Intermediate class. I immediately fell in love with the same style of orange clay that I had spent so much time riding back in Florida. That feeling remained the same and even produced my best outdoor finish ever (fifth) in 2006. It was a perfect fit for what I wanted in a motocross track. Landing at Washington, D.C.’s, Reagan National Airport put a smile on my face, as I knew what was waiting for me all weekend long.

For those who may not be familiar with this particular race, it has its own unique flair. Situated in the shadow of our nation’s capital, it’s one of the tracks where riders and teams fly into a metropolis and then drive far into the country. It offers a huge contrast between the rat race of Washington, D.C., and the Amish country out near the track. Many of the teams and riders will visit the coast on Friday night for dinner, and I have even stayed in D.C. each night to get the full city experience. This race offers a bit of everything culturally.

Budds Creek has seen its share of legendary events, too. It hosted a USGP back in 1999 (which I raced in) and also the Motocross of Nations in 2007 (which I went to watch). Both of those events were financially tough hurdles but still noteworthy moments in the history of Budds Creek. This was also the site of Doug Henry’s incredible crash in 1995, even earning the namesake “Henry Hill”.

The course itself is massive, stretching across an entire hillside but also offering great viewing for spectators. The start has been moved several times over the years. In the 1990s, it was a steep uphill start on the far side of the course. Next, it was moved next to the old barn just outside of the pit area, and also featured a concrete pad. As the concrete starts were phased out, the start was moved into the old BMX track area in the center of the course. The MXoN regulation was partially a cause, but overall it has been a positive change. The start is long, wide, and generally safe nowadays. The commonplace first turn pile-ups of the barn area start are a distant memory. The only downside is that the current variation favors the inside far too much but that’s just motivation to qualify well, right? This was never more evident than Ryan Villopoto’s double moto holeshot at the MXoN, all while on an underpowered 250.

Humidity will be high on Saturday with temperatures in the high 80s. There is a chance for thunderstorms as well, much like we saw last year. Could this be déjà vu for Justin Barcia? He used a muddy second moto at Budds Creek last year to turn around his entire summer. It’s a bit late for a seasonal transformation but I would bet he will take any good fortune he can find.

Ken Roczen made a mockery of his competition in the second moto last week. His form and speed on those conditions is simply next level. He struggled at Budds Creek last year but with the roll he’s on, I look for him to rack up another W.

Marvin Musquin outdueled Eli Tomac on his way to a second place overall at Unadilla. Budds Creek is a bit less ideal for Marv’s style but the dirt is similar to what he practices on in Florida so maybe that’s a wash. He is steadily improving in his maiden 450 outdoor journey, keeping KTM on the podium in Ryan Dungey’s absence.

Cooper Webb has proven his supremacy in this 250 Class, adding another 1-1 score to his season tally. After starting the season slow with a wrist issue, he has found his form and rocketed away from everyone else.

Austin Forkner almost held on long enough to win the second moto at Unadilla, which would have been the second race in a row where he snagged a victory. He is for real, folks.

Benny Bloss opened some eyes with a fourth place finish and for a while, looked to be podium bound in the second moto. His learning curve has been impressive, earning a full ride for 2017 with the BTO KTM crew.

I can’t leave the BTOSports.com-KTM-WPS semi-trailer out of the hot column, as nothing was hotter on Friday night than those fifty-three feet of heat.

Monster Energy/Pro Circuit had a rough weekend in New York. Most of the team suffered heat related setbacks, pushing them backwards in the results. Weird situation there, no?

James Stewart has had a very public struggle over the past few years. It hasn’t gotten much better lately with a shoulder injury holding him out for the rest of the season.

Trey Canard wasn’t at Unadilla and I don’t expect to see him back on a Honda. If I was a betting man—and I definitely am—I would put my money on Trey’s next race being sometime in October.

Cooper Webb and Ken Roczen both clinch their respective titles this weekend.

Someone sees an Amish family on the highway near Budds Creek and makes a joke about horsepower.

The holeshot comes from the inside gates all weekend.