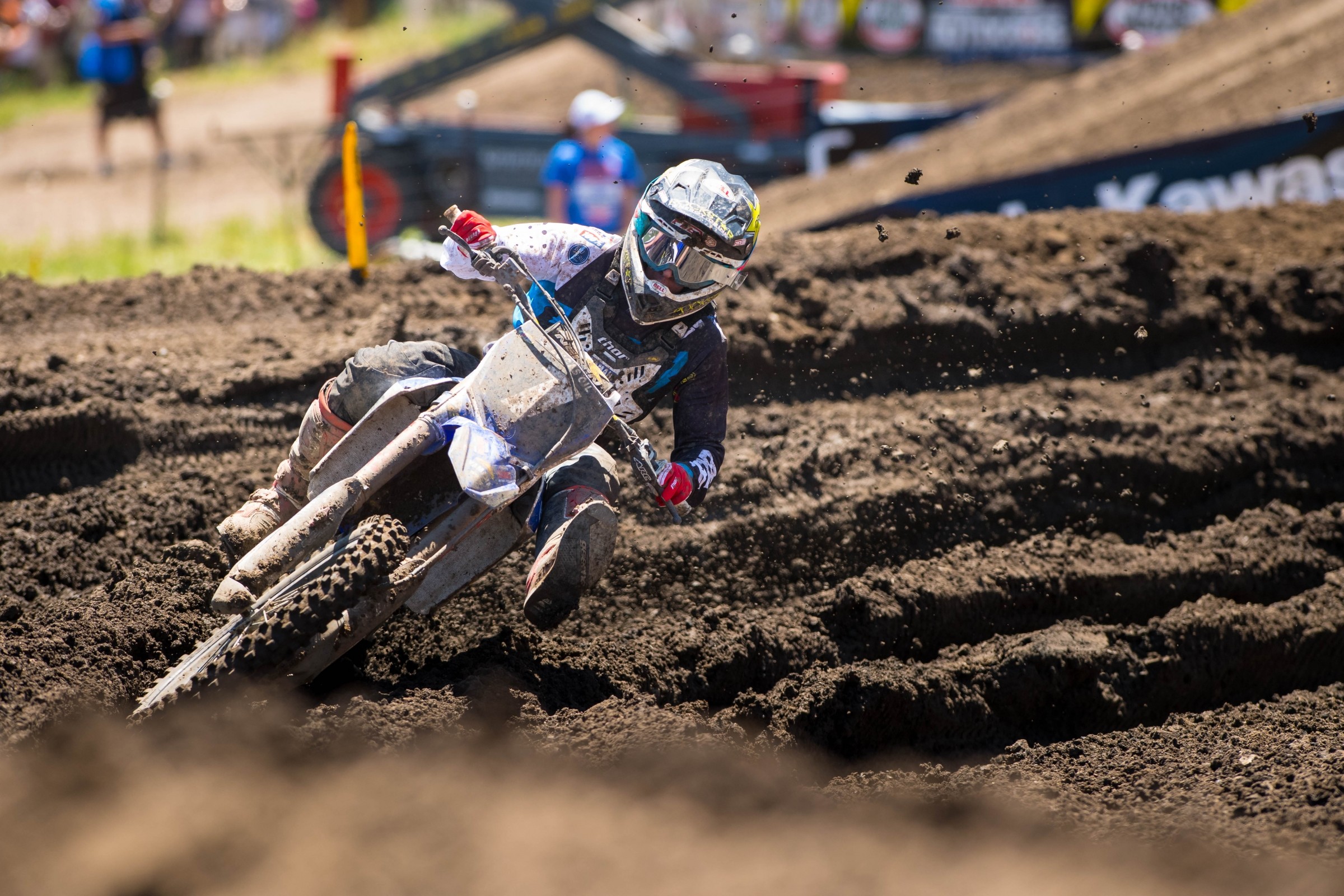 Jason Anderson – Collarbone
Comment: Anderson broke his collarbone and sustained a minor AC separation while practicing. The team expects him back for Budds Creek.

Blake Baggett – Shoulder
Comment: Baggett went down hard in practice at Southwick and reinjured the same collarbone he hurt at Hangtown. He’s done for the season.

Matt Bisceglia – Ribs, Lung
Comment: Bisceglia will return at Unadilla after partially collapsing a lung and fracturing some ribs in a crash a Southwick.

Justin Bogle – Neck
Comment: Bogle hasn’t raced since crashing in the second moto at Southwick. He announced yesterday a neck injury will keep him out for the remainder of the season.

Josh Grant – Ankle
Comment: Grant will miss the rest of Lucas Oil Pro Motocross after having surgery on both ankles.

Wil Hahn – Collarbone, Labrum, and Scapula
Comment: Hahn is back on the bike and wants to return for the last two Nationals.

Ben LaMay - Torn MCL
Comment: LaMay tore his MCL in practice at Washougal. He will miss the rest of the season. Austin Howell is filling-in on the Blue Buffalo/Slater Skins Yamaha team.

Tommy Hahn – Ankle
Comment: Hahn is out for the season with an ankle injury originally suffered in Monster Energy Supercross.

Christophe Pourcel – Neck
Comment: Pourcel fractured his C6 Vertebrae in a big crash at Washougal and is out for the season. To get Pourcel’s words on the crash, check out this week’s 450 Words.

Broc Tickle – Pelvis
Comment: Tickle fractured his pelvis in the crash with Weston Peick at Spring Creek. He’ll miss the rest of the Nationals.

Cole Seely – Finger
Comment: Seely hit a rock with his pinky finger while practicing and had a plate and four screws inserted. The team was hopeful he’d be able to return before the end of the season, but it didn’t work out. He’s out for the rest of Lucas Oil Pro Motocross.

Chris Alldredge – Pelvis
Comment: Alldredge will line up at Budds Creek after fracturing his pelvis in Las Vegas.

Zach Bell – Collarbone and Infection
Comment: Bell had two surgeries to fix a broken collarbone and subsequent infection. He’s out for all of Lucas Oil Pro Motocross.

Christian Craig – Leg
Comment: Craig broke his tibia and fibula at Glen Helen. There was hope he could return for the final two Nationals but the decision has been made to sit out the remainder of the season.

Alex Frye – Knee
Comment: Frye tore his ACL, had surgery, and will miss the rest of the Nationals.

Michael Leib – Foot/Ankle
Comment: Mid-season during supercross, Leib discovered he’d broken his talus and navicular in January. Leib had surgery and is working on recovering.

Jeremy Martin – Ribs
Comment: Martin suffered two fractured ribs after getting caught in a pileup on the first lap of the second moto at Washougal. After riding on Thursday he thought he could suffer through the pain, but the decision was made to sit out the final three rounds.

Shane McElrath – Concussion, Shoulder, Lungs, and Ribs
Comment: McElrath suffered a grade 3 AC separation in his shoulder, bruised lungs and seven broken ribs at Southwick. He’s out for the season, and has apparently been passing the time by blazing new trails in a van stolen from the A-Team.

Colt Nichols - Knee
Comment: Nichols damaged his meniscus during the second moto at Washougal. He underwent surgery and will miss the rest of the season.

Josh Osby - Shoulder
Comment: Osby tried to race RedBud but was unable to go. He will return this weekend.

Chase Sexton – Knee
Comment: Just days after receiving the AMA Horizon Award, Sexton suffered an avulsion fracture (when the ligament pulls off a piece of bone) in his knee. He’s currently evaluating whether or not he’ll still be able to make his pro debut at Unadilla.

Jordon Smith – Shoulder
Comment: Smith missed Southwick, Spring Creek, and Washougal with a shoulder injury. He’ll be back for Unadilla.