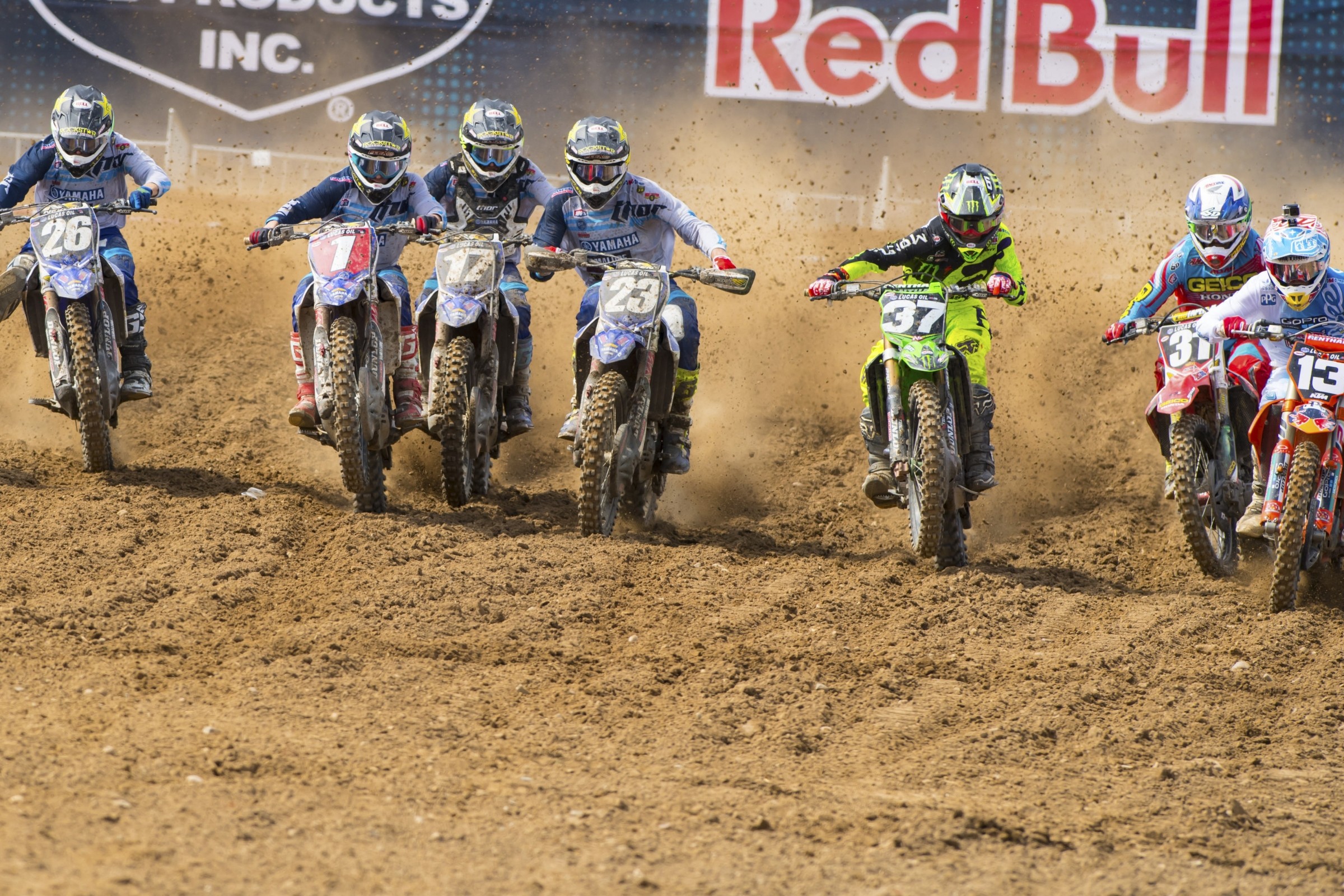 It’s a crazy year for free agency in the 450 class, but the news is a little milder in the 250 class for 2017. Many teams will return with similar lineups this year, but there are a few big moves, as well as some star graduates to the 450 class.

This is the latest. These team lists use the 2016 team and rider lineups, with the latest updates on each racer.

We can basically categorize each rider into one of three categories: signed, free agent, and riders that we’ve yet to hear any information on.

Jordon Smith
Free agent. Smith was expected to sign a contract extension with the team, but he and the squad have elected to part ways at the end of the season.

Chase Sexton
Signed. Sexton is moving up from amateur ranks. He will make his pro debut this weekend at Unadilla.

Tristan Charbonneau
Signed. The rookie will return to the team next season.

Mitchell Oldenburg
Unknown at this time.

Alex Frye
Unknown at this time.

Zach Osborne
Free agent. We wouldn’t be surprised if Zach returns to the team.

Martin Davalos
Free agent. We hear Martin will likely return to the team.

[Update: Both Davalos and Osborne will return to the team next season.]

Dylan Ferrandis
Signed. The French GP rider has signed with this team for 2017.

Luke Renzland
Free agent. Renzland is not expected to return to the team.

Bradley Taft
Signed. The amateur graduate is set with this team for 2017.

Lorenzo Locurcio
Signed. Locurcio will move from the amateur ranks to the team in 2017.

[Update: We've added Locurcio to the roster and changed Renzland's status from "Unknown" to "Free Agent"]

Chris Alldredge
Unknown at this time.

Kyle Cunningham
Unknown at this time.

Josh Osby
Unknown at this time.

Luke Clout
Signed. The Australian signed a two-year deal with the team earlier this year.