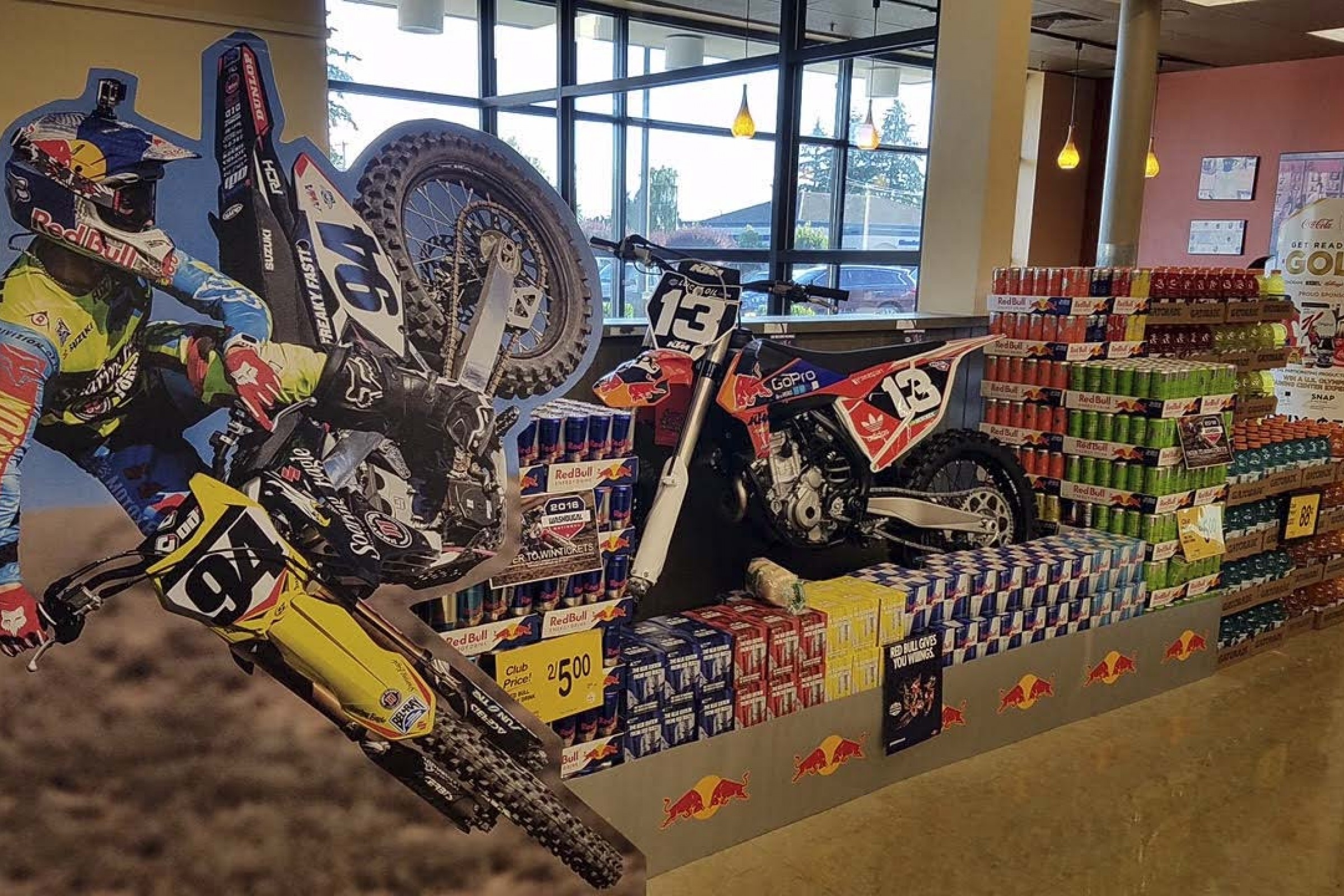 We've all had a wish that this sport can enter the lives of others the way is has ours. When you love dirt bikes like we do, you think about them everywhere and all the time, not just when you're at the race track. Lately we've seen small bits of growth that insert dirt bikes into areas you might not normally expect. There's Ryan Dungey's recent run in the mainstream—ESPN the Magazine's Body Issue and an ESPY, for example. And Travis Pastrana's Nitro World Games certainly drew some eyes to dirt bikes.

But we've found something much smaller than can have a bigger impact. Thanks mostly to the rise of energy drink sponsorships in the sport, we're noticing dirt bikes parked right in the center of local convenience stores, usually ones local to the races. Besides the in-store displays, there are often big posters and stickers right on the doors of the stores, which means anyone stopping to fill up with gas or get a cup of coffee suddenly knows the dirt bikes are in town. That's pretty cool.

Here are some photos our man Davey Coombs has snapped this year during his travels. Remember, every time a kid sees a dirt bike and thinks, "Cool!" there's a benefit to this sport.