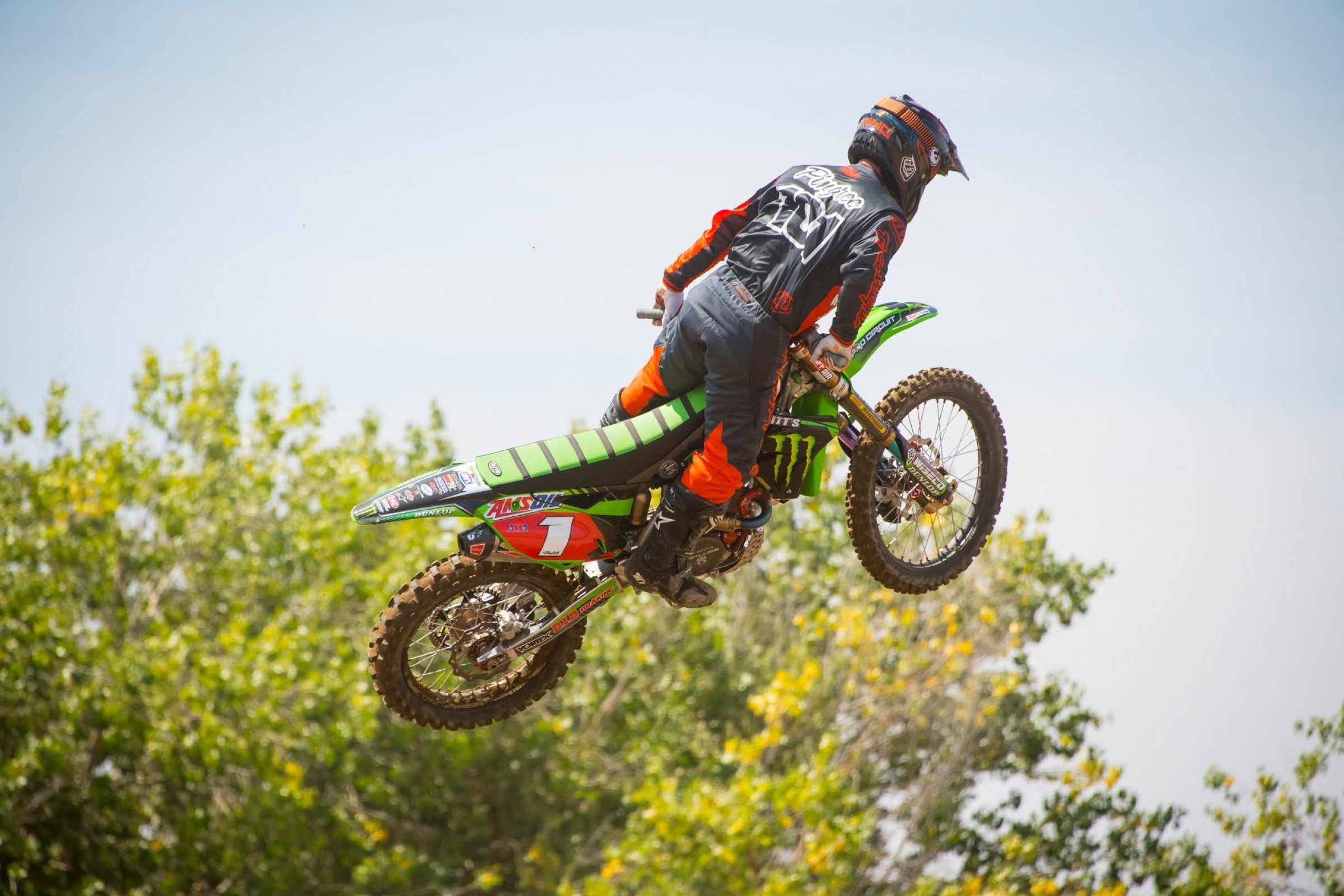 There are always a lot of comments and questions about the cost of racing in our sport. I don't think the 2-stroke vs 4-stroke debate will ever die. My solution to the rising costs and gap between the top factory teams and the lonely privateer is very simple: I think that everyone should have to race a completely stock bike that any Joe/Jill Blow can buy at his/her local dealership. The teams would not be allowed to replace anything right down to the tires. The only adjustments that could be made is control positioning and basic suspension setup to suit each rider, but no part replacements at all. This would result in better bikes being built by all manufactures for the people that actually buy them and put more emphasis on the brand's success. I also think this would make the racing much more competitive in both classes. Just think how cheap you could field a race team and all the new sponsors it would attract. I sure you will tell me why this is completely stupid, but right now I am having a hard time seeing it. Thanks for your honesty.

I like your enthusiasm but I think there are some issues with that plan. For starters, it would put such an emphasis on stock equipment that manufacturers would put more development into the bikes and drive the price of a new mx model up even further. Also, it would crush the aftermarket industry. Many of the top aftermarket companies use race teams to test, develop and market their products and they would take a huge hit. And with the speeds the top riders are going it isn’t safe to put them on stock suspension. The stock settings are created to suit a wide range of skills and weights, not the best riders in the world. Technology has pushed cost upwards to a place that seems absurd to most of us, but I don’t think it’s out-pacing inflation by much. The issue is that wages and jobs haven’t kept up pace with that inflation. But if you consider the cost of a new high-end mountain bike or any other form of motorsport at the top level, motocross isn’t really that outrageous.

I’ve been watching a little of the hockey playoffs and noticed that some NHL players will use “smelling-salts” before the game starts. That made me wonder if any professionals us them in motocross? The way trends go I would think if one guy takes a blast of the salts, and then rip a holeshot, before long everyone would be using them.

Honestly, I’m surprised we haven’t seen more of it in motocross. As a medic I use it in the field often to revive patients who have fainted or are pretending to be unconscious. It is amazing how quickly a person pretending to be incapacitated “magically” jumps up when you stuff a couple of those capsules in their nose holes. So why are pro athletes sniffing these things before they go in the game? Ammonia capsules work by stimulating the muscles that control breathing to work faster. The sympathetic nervous system response that it stimulates also elevates the heart rate, blood pressure and brain activity. That sympathetic response also dilates pupils and raises focus and clarity so you can see how this would be great right before the start of a race. Before you pack a bunch of these in your glove to take to the line make sure they don’t cause any respiratory irritation and make you start coughing, because that can be a side effect. I’m guessing you see this regularly by next year.

Being from Colorado, we are seeing a huge growth in options for places to buy a little of the Four-Two-Oh, including this gem I spotted last weekend. I found a place where you can apparently buy your race gas and grass at the same stop! My question is: what is your take on riders tokin' up before heading out to ride? While I don't partake myself and am paranoid enough already trying to get around the track as it is, I know some people that swear by smoking a bowl right before heading for the gate.

Now that Colorado Highway Patrol is handing out DUI's like the AMA hands Dungey #1 plates for drivers who are smoking (I have literally seen someone roll their window down as smoke billowed out as if the car itself was going up in smoke) should I feel safe lining up next to these guys? They ride fast and seem to be in control but then again, after a few margaritas, I feel ready to line up and take on the world’s best until I get up from the bar stool. I would never dream of trying to ride under the influence.

Now get on your "high" horse and let us know your thoughts on this smokey situation...

Listen, I like the movie “Friday” as much as the next guy but this legal weed thing is out of control. We already have a drunk driving epidemic and now these tree-hugging, left-wing states want a bunch of Cheetos munching stoners to hit the road higher than a giraffe’s ass? The number of Colorado highway fatalities has skyrocketed since that law passed. If we’re going down that road let’s just open up all drugs to free trade and let the putty heads who like to make bad choices smoke themselves right out of the national gene pool. Would I ride with a guy who I knew was high? Well, listen, RJ and Wardy raced with the Dogger for years without incident. J Law was probably obliterated most of the time during his title run in 250 supercross. Still, I’m not interested in riding near somebody who’s giggling under their helmet and has the mental focus of Jeff Spicolli from “Fast Times at Ridgemont High”. Be careful out there, man. Your tracks and streets are more dangerous now than ever. Rocky Mountain High, indeed.