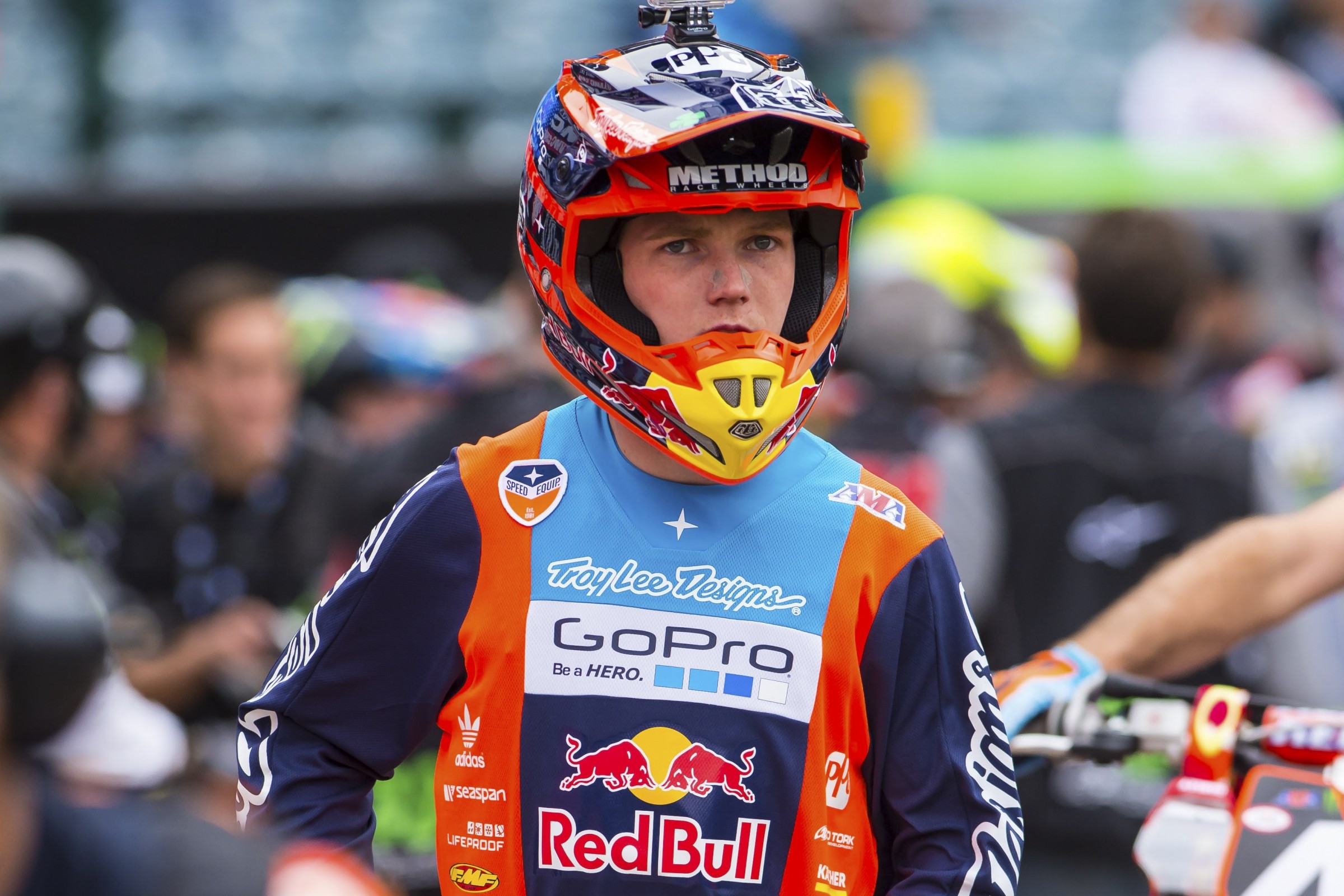 Kyle Chisholm – Shoulder, Concussion, and Humerus
Comment: Chisholm dislocated his shoulder, broken his humerus, and suffered a concussion in San Diego. His elbow is healed, and Chisholm has been focusing on getting ready for the Nationals. He says he’s still not 100 percent yet, his shoulder is still a bit weak, and has yet to decide whether or not he’ll race Hangtown.

Adam Enticknap – Femur
Comment: Enticknap broke his femur early in the year. He’s looking forward to getting back on the bike within the next few weeks.

Tommy Hahn – Foot
Comment: A grade-three medial sprain in Hahn’s right foot sustained in Toronto sidelined him for supercross but he’ll be back for Hangtown.

Christophe Pourcel - Internal Bruising
Comment: Pourcel incurred some internal bruising in Indianapolis but will be back for Hangtown.

Andrew Short – Concussion
Comment: Short was knocked out of supercross in Atlanta. He’ll return at Hangtown.

James Stewart – Ankle, Back
Comment: After jarring his back in St. Louis, Stewart’s team says he’s now healthy, in shape, and is looking forward to racing Hangtown.

Jesse Wentland – Hand, Finger
Comment: Wentland sustained a deep cut on his hand and a broken middle finger in Indianapolis. He had a plate and six screws put into his middle finger in order to heal up as quickly as possible. He expects to be ready for Hangtown.

Zach Bell – Collarbone and Infection
Comment: Bell contracted a bacterial infection after having surgery to repair a broken collarbone suffered in Oakland. The infection required a second surgery, and Bell is still recovering. If you’d like to help Bell financially, go here.

[Update: Bell announced on Instagram today that the infection is 100 percent gone, but his bone is only 50 percent healed and he will miss all of outdoors. He hopes to be back on the bike in late August or early September.]

Jessy Nelson – Neck/Back
Comment: Nelson crashed hard early in the year and was taken to the hospital. He suffered a small crack on the wings of a vertebrae. He’ll line up for Hangtown.

Josh Osby – Ribs and Lung
Comment: Osby suffered a punctured lung and three broken ribs while practicing supercross. He also had shoulder surgery for an AC Separation. He’s ready to go for Hangtown.

Arnaud Tonus – Shoulder
Comment: Tonus dislocated his shoulder in Detroit but will be back for Hangtown.

Cooper Webb - Wrist
Comment: Webb will race this weekend at the opening round of the Lucas Oil Pro Motocross Championship despite breaking his navicular after the Santa Clara Supercross on April 2 during a testing session.