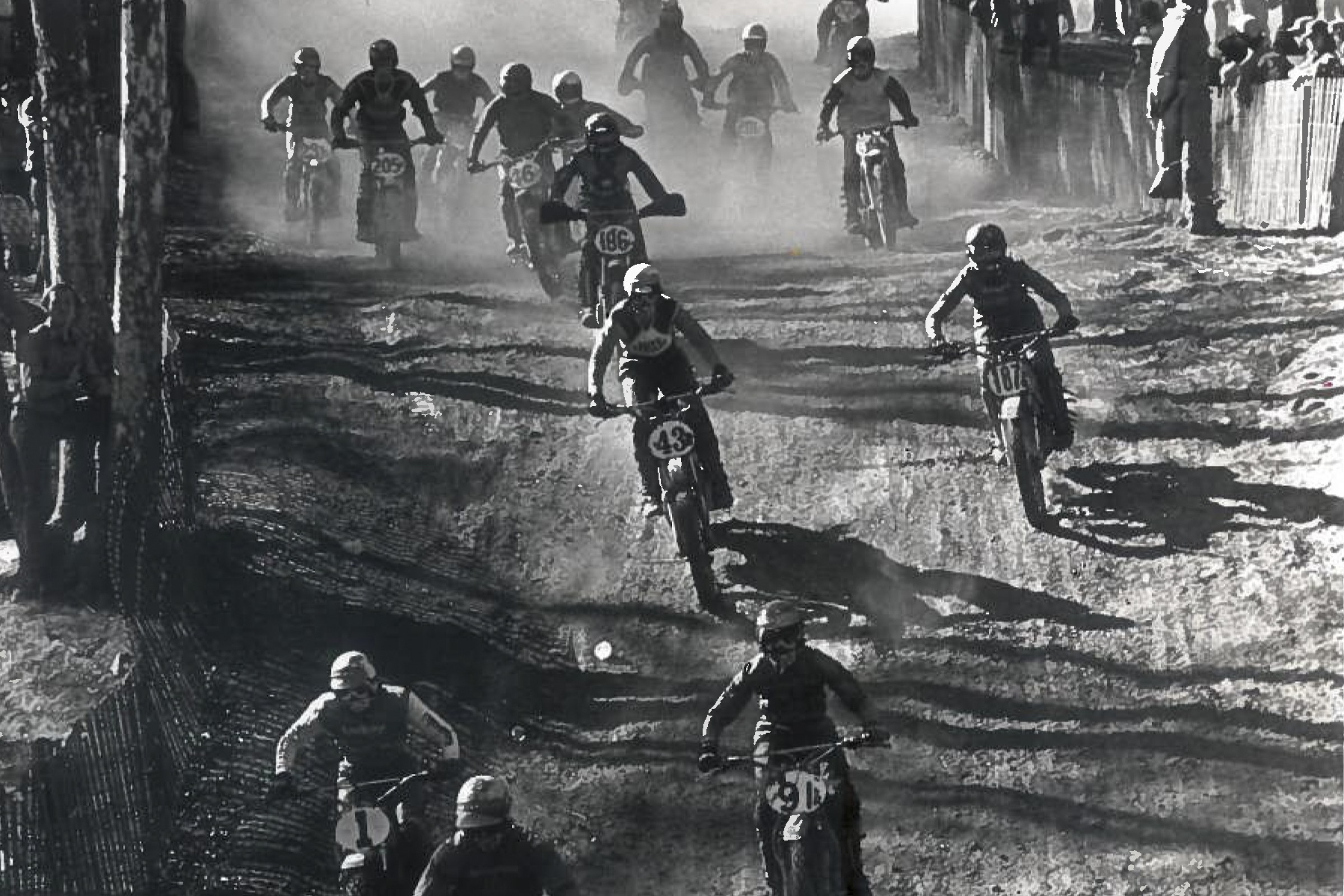 I couldn’t even wait until Good Friday or the Easter weekend. We’re now within riding season for nearly all of the country, with warm enough weather up north and cool enough weather down south and in the west. So last week I cheated and got out a day early, on Thursday, logging two hours on my dirt bike with some buddies. It was, as it always is, as fun as anything you can do. And that fun is the only thing that can justify it. The effort, time, and cost needed to go riding can’t possibly make sense on paper, especially when I realized all I’d done for those two hours was ride around in a circle—okay, a highly modified circle, but a lap is a lap, and that’s really just a circle.

In those two hours I’d done nothing but ride my dirt bike. I had not solved any of the world’s problems, I had not assisted anyone in doing anything, I had not made the world a better place. I just had fun.

I think this purity of purpose has become the thing we’re most protective of—because it’s the literal reason that we like it. Even when racing, you’re still very much in an individual exercise. You might get ranked against another in the results column, but you’ll spend 90 percent of the time just thinking about yourself and your own performance. This isn’t a stick and ball sport, where you craft a defense to go against someone else’s offense. You just do you on a dirt bike—and hope you’re really good.

I think that’s why some recent news, decisions, and situations are pissing everyone off so much. Motocross has always been a simple sport, and it’s nice to designate hero status based on simple principles like hard work, daring, or determination. The guy who wants it most or takes the biggest chances or trains the hardest or has the most talent will win. Anyone can respect that, much more so than races that come down to a better race strategy, a technician or engineer with a better laptop, or a bigger wallet. In motocross it’s just one man against another, and at the end you see who was fastest and fittest.

We’ve found ourselves in a bit of a tizzy lately. The recent penalty on Ryan Dungey—who we are sure would never knowingly cheat—leaves fans with a bad taste in their mouths. We saw Dungey go faster than everyone in Detroit, so he should win, even if the rule makers might have some logical explanations (as in every rider who does this gets the same penalty every time).

The infusion of higher-tech, higher-dollar four-strokes doesn’t sit well with fans either, and the amount of EFI and data work going on via computers doesn’t impress the average guy who likes to spin wrenches and get his hands dirty. Oh, and there’s this won’t-go-away rumor of a Race to the Championship-style points structure in supercross next year … which will undoubtedly make for a whole bunch of other columns on a whole bunch of other days.

But I’ve got good news: you can change rules in racing, but racing always gravitates back to what it wants to be. In most motorsports, where the machine makes a bigger difference than the driver or rider, sanctioning bodies try to make rule changes to reduce costs, because those quickly soar out of control in sports where engineering and science win the day. But attempts to regulate money out of racing never work. Ban testing to reduce costs and the richer teams will just build better simulators. Ban expensive components and the richer teams will just hire better staff to make the existing stuff better.

In motocross and supercross, the rider still rules. Yes, some will argue four-strokes have made speeds more accessible to everyone or say the tracks aren’t difficult enough to separate the talent. Plus, now that everyone has prescribed and scientific training programs, the sport is no longer decided based on who was willing to lace up the running shoes and push himself harder every morning. To a degree, these things are all true—but when you watch the laps every weekend, you’re still looking at some of the purest stuff around.

Today’s Monster Energy Supercross pack leaves very few what-ifs. First, we’ve been exceptionally lucky with the injury count this year. That’s just down to luck, but we still have Musquin, Roczen, Tomac, Seely, Anderson, Reed, and more making all the races so far this year and trying to challenge Dungey. Last year Dungey dominated, but you could always throw in what-ifs about Roczen, for example, crashing big after winning two of the first three races. This year it’s been Dungey against everyone, and he’s winning at the same clip.

Second, all of today’s guys work hard! During the Great Recession in 2008, we heard about a market correction on rider salaries and how the athletes would have to start earning the money again. Well, a generation has come through those proving grounds, and now you can’t find a slacker in the bunch. You’ve got ten to fifteen riders pouring their hearts and souls into getting fitter and faster and better, and I can’t think of anyone who fits that classic “he could win if he could just work harder” mold. Those types of guys have long since been weeded out.

Third, the rider still carries through. Four-strokes might make it easier for everyone to jump big stuff and make fewer mistakes, but the riders still earn their accolades. Ryan Villopoto was the man, and now Dungey is, and both look very similar to the previous dominators. We’re seeing the same scenario that usually breaks out in supercross: one guy starts winning and establishes the confidence advantage, both in his own mind and by leaving everyone else searching. That’s why the “who is second-best to Dungey?” battle flips every weekend—just like it did behind RV, Stew, Reed, RC, McGrath. Being second best doesn’t establish momentum like being the best. On any given weekend, the next best could be Roczen, Tomac, Anderson, Seely, Reed, Canard, or someone else. If Dungey were to go, one of them would immediately seize the mantle. That’s what Dungey did when Villopoto left. That’s what Jeff Stanton did when Rick Johnson got hurt. Or maybe one of these riders finally finds the right combination, flips the script, and takes over through their own greatness. Not every race can be super exciting, but we keep watching, knowing those sport-changing moments are always right around the corner.

Things will always get more sophisticated, and if a sport gets bigger and healthier—which is a good thing—it will also end up with more rules, more money, more technology, and more opinions. We can’t go back to box vans and carburetors, just like we can’t go back to phone calls through honest-to-goodness land lines. The good news is, most of this stuff is just window dressing. Deep down, the riders still make all the difference through their hearts and their minds. There are more people on the sidelines helping than ever before, but when the gate drops, it’s still just guys on dirt bikes trying hard to go fast. When you look at it that way, we see that we still have it pretty good.