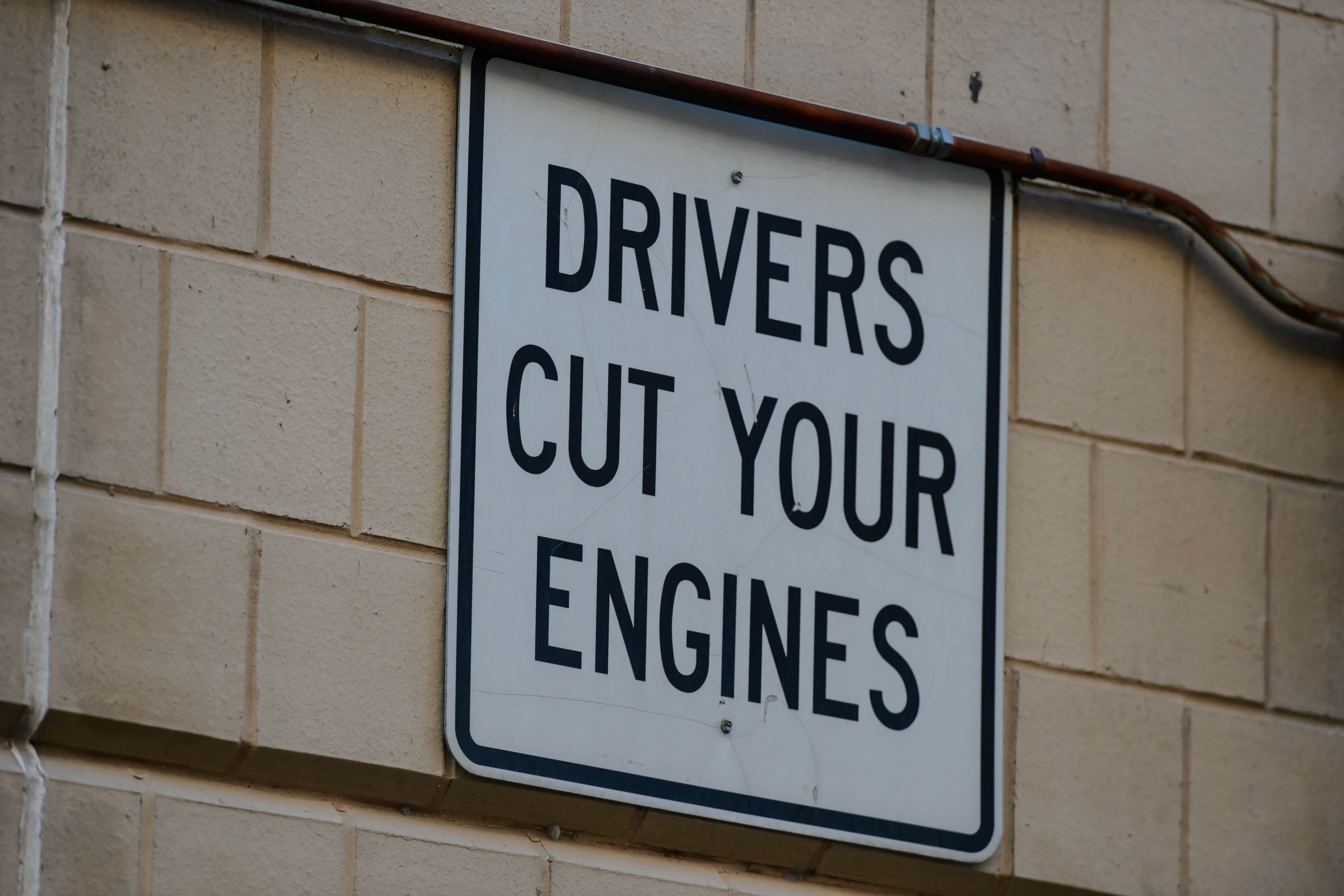 Flat track is one of the oldest forms of racing, with its roots dating back to the early twentieth century, an American take on a popular form of racing developed on French-style velodromes. Flat track has gained notoriety as of late, with its induction into the X Games last year. Recently, Monster Energy had defending MotoGP champion Jorge Lorenzo and multi-time supercross champion Chad Reed ripping some laps on a flat track.

Jorge Lorenzo began his title defense last weekend, winning the opening round of the 2016 MotoGP season over Andre Dovizioso, Marc Marquez and Valentino Rossi in Qatar. With Pramac Ducati’s Danilo Petucci missing the opening round after breaking three metacarpals in his right hand during pre-season testing at Phillip Island, talks immediately focused toward a return of former MotoGP champion Casey Stoner. Yep, that’s not happening, as Stoner told Crash.net.

"There's no truth in that [rumours of replacing Petrucci]. Honestly my biggest goal at the moment is to get some tests out of the way and improve the bike for the Ducati riders, and hope to help make them even more competitive than in race one.

"That is the most important thing. So no, we have no thoughts of wild-cards or replacements. Just because it's a similar situation to last year [when Stoner offered to replace injured Repsol Honda rider Dani Pedrosa], I'm not approaching it in any way the same."

And the nail was driven home when the team announced that test rider Michele Pirro will fill-in starting in Argentina. Even Chad Reed was disappointed his fellow country mate isn’t returning.

@CRtwotwo @crash_motogp hahaha sorry dude, there was more than enough action on the weekend with me there!

@CRtwotwo Cheers mate, the weather looks better today but the track won't be much good after all the rain last night. Good luck for the rest

And you thought supercross silly season started early. Prior to the opening round of the championship, Yamaha Racing announced they had come to two-year extension with Valentino Rossi. This contract will likely mean that Rossi, 37, will finish his career with Yamaha. Asphalt and Rubber has more.

“I am very happy to announce that Yamaha and I have extended our contract and will continue working together in MotoGP for the next two years,” said Valentino Rossi. “I am very satisfied with this decision, because it has always been my plan to compete in motorsports for as long as I can be competitive and find it enjoyable at the same time.”

“Ever since I returned to Yamaha in 2013 I have felt like I am home again and this showed in the results. I get great enjoyment out of working with my crew and the rest of the Movistar Yamaha MotoGP team. Their support for me has known no limit and I want to thank them sincerely for that. I‘m feeling greatly motivated to keep riding my YZR-M1 for the best results possible, this year and the following two seasons.”

Also announced prior to the opener, KTM has found a rider for their foray into MotoGP next year. The Austrian’s signed British rider Bradley Smith to a two-year deal. Smith, who currently rides for Yamaha Monster Tech 3, is signed through 2018. Again, more from Asphalt and Rubber.

The KTM RC16 looks to be a potent package, which should save Smith from the fate that has cursed the Aprilia Racing riders. This is important because Smith seemingly had not future with a Yamaha backed team, after this season.

This is because Yamaha’s path into the factory team is unfortunately a bit clogged, with both Rossi and Lorenzo expected to stay there for the next two years.

Tech 3 is also facing pressure, as it plays as the Yamaha “junior” team, with Hervé Poncharal and his crew often called upon to groom Yamaha’s next top riders within their ranks.

As some of you know (or maybe you don’t and this will all be new to you), we’ve partnered with MotoDynasty the last few years to bring you the very best in Fantasy Supercross and Motocross—from here and in Europe. Well, this year MotoDynasty has launched a new MotoGP gameplay. The format is just like supercross, so the transition for you should be easy. Round 2 is next weekend from Argentina, so make sure to get those picks in. (Oh, and look who’s in second after the first round.)

You Have to Watch The Final of the SuperEnduro World Championship

Colton Haaker and Cody Webb—two of biggest stars in the enduro right now—engaged in an epic duel final lap at the final round of the SuperEnduro World Championship last weekend in Spain. I don’t want to ruin it, so just watch:

EPIC! The final lap of the season and that fight between Colton Haaker and Cody Webb with different camera positions!

Haaker would come out with the win and the championship, the first of his career. He talked about it in a recent team release: “Honestly, this season was just insane. It was my rookie year racing the series, so I knew I had a lot to learn. I started the championship with a fourth overall in Poland, and then kept building on that. Since Poland I never missed the overall podium. The final in Madrid was just another crazy night of racing and it all came down to the last corners of the last lap. I made a last lap pass to Cody (Webb) and that was for the championship. It was a super exciting moment and I’m pretty sure the fans loved it too. To win the world title means a lot to me and proves that we were ready to do it. Despite fighting hard until the end I’ve enjoyed this championship a lot. I can’t wait to be back next year.”

Stay turned to Racer X next week for a full interview with Haaker.

Earlier this week, the Austin American-Statesman reported that uncertainty surrounding Texas’ funding for events convinced ESPN not to return to Austin’s Circuit of the Americas in 2017 for the fourth and final year of its X Games contract. While it’s true that X Games is not returning to Austin in 2017, it’s not due to financial reasons—it’s because it’s too fing hot in Austin in August, which is where ESPN wants to move the games to due to other events during the month of June. Black Flag has more:

Problem is, there’s a host of other sporting events, such as the NBA playoffs, which happen in late spring. Promoting the X Games on top of everything else has reduced its viewership, as late spring is simply too busy for the X Games to get the standalone attention ESPN would prefer.

Thus, the ESPN spokesperson said that the broadcaster has come to a mutual agreement with COTA to end Austin’s X Games run a year earlier than planned, and open up the bidding for another city to step in for 2017 and 2018. ESPN is looking for a location that would be able to host the X Games in late July or early August in order to move it back to a less crowded spot on their calendar.

They also noted that the race typically moves every couple years anyway in order to allow new people in other areas to experience action sports in person. Austin’s original agreement with ESPN was unusually long, and the next one will be back the X Games’ usual two-year run.

Cooper Webb is Tough as Nails

Jeff Emig posted this INSANE crash by Cooper Webb at (I think) San Diego in 2014. (Again, not 100 percent sure it was San Diego.) Either way, it doesn’t matter when it happened, because Webb got up and raced that night. Damn!

Fernando Alonso survived a horrifying crash at the opening round of Formula One last weekend in Australia. The race was red flagged, but luckily Alonso was able to walk away from the crash. "I'm thankful for the safety of these cars," Alonso said. "I'm alive thanks to the job of the last 10 to 15 years of Formula One."

And he appears to have a good sense of humor about it:

Creo que se refieren a mi... I guess....it's me! Hora de subirme al avión y descansar unos días para recuperarme bien. Gracias a todos!! Time to take the plane and rest couple of days for a full recovery. Thanks to all of you!! #suerte #luckyman #seeYouNextYearAustralia

I'm just gonna leave this here. Have a good weekend.