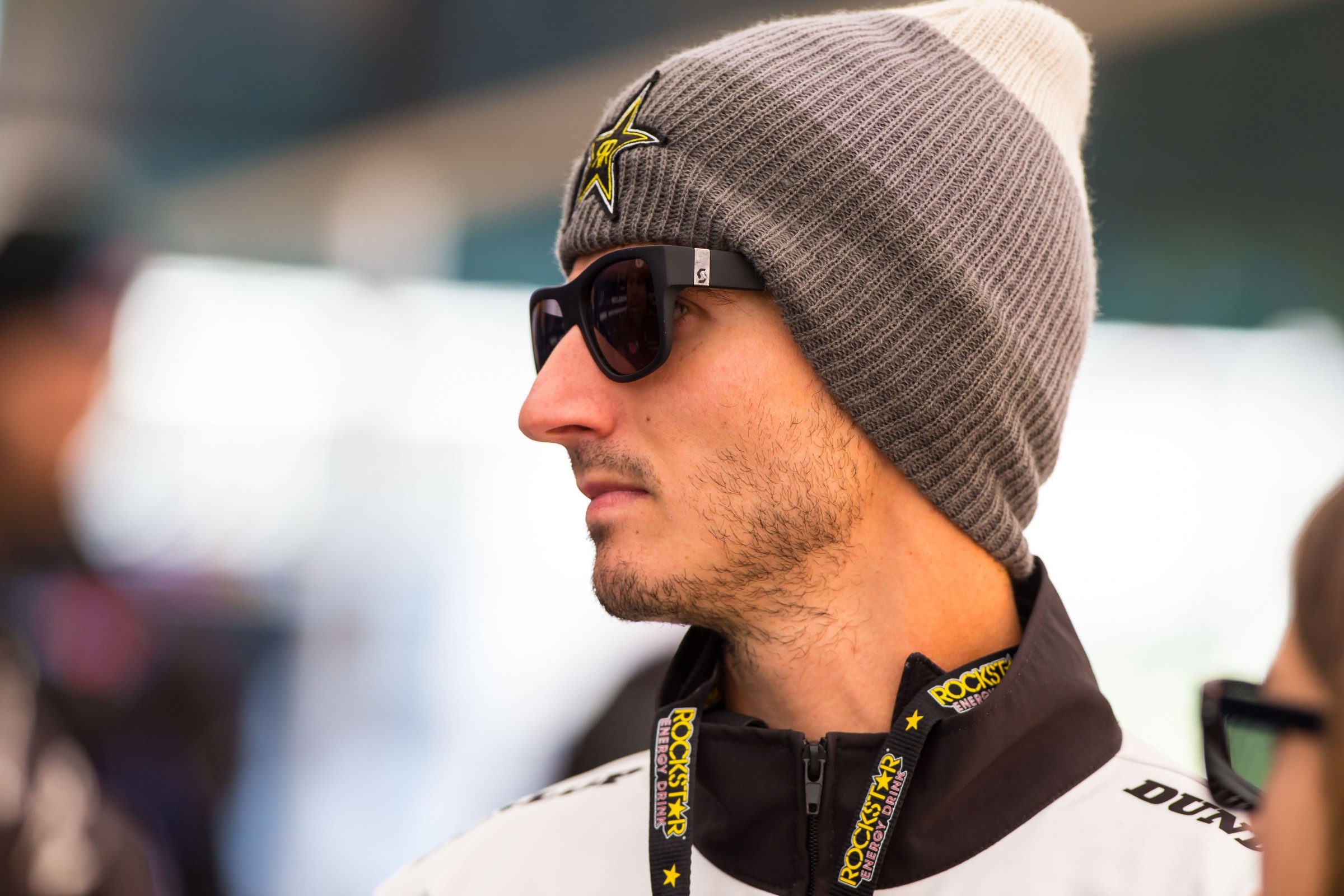 Justin Barcia – Thumb
Comment: Barcia crashed on his mountain bike and injured his thumb before the season. He had surgery earlier this year and has returned to practicing supercross. His team tells us if everything goes smoothly they hope to have Barcia back around Santa Clara.

Tyler Enticknap - Thumb
Comment: Enticknap broke his thumb at San Diego 1. He’s back on the bike and will return to racing in Santa Clara.

Wil Hahn – Collarbone, Labrum, and Scapula
Comment: Hahn was collected in a big crash after Andrew Short and Phil Nicoletti collided in the air in Atlanta. Josh Grant will fill in for Hahn while he recovers. After the crash Hahn had the following to say on Instagram:

Flew straight to Dr. Ting from Atl, he was able to pop my shoulder back in. And we also saw that I broke my collarbone, scapula and tore my Labrum. Soon as the swelling goes down Doc is going to operate on the collarbone and dial in my labrum. We will do everything in my power to be back racing as soon as I can be. Thanks to the@asterisk_com medical crew for always taking care of us. #downnotout

Davi Millsaps – Ribs, Lung
Comment: Millsaps went down with one lap to go in Daytona and broke three ribs. He also severely bruised and partially collapsed a lung, and experienced some internal bleeding. He was released from the hospital a few days ago and since he isn’t cleared to fly, is driving across the country back to California. To follow his drive, check out his Instagram: davimillsaps.

Dusty Pipes – Shoulder
Comment: Pipes crashed before the season and dislocated his shoulder, broke his humerus and scaphoid, and tore some muscles in his shoulder. He started riding again several weeks ago and will be racing this weekend. He credits physical therapist Gary Peterson for getting him back on the bike nearly a month ahead of schedule.

Christophe Pourcel - Hurt in Practice
Comment: Rockstar Energy Husqvarna Factory racing issued a press release earlier this week stating Pourcel would miss Toronto after he "sustained an injury in practice earlier this week which will require him to remain side-lined for seven to ten days." The team was not specific about what got injured, but is confident he will be racing in Detroit.

Andrew Short – Concussion
Comment: Short was involved in a midair collision with Phil Nicoletti and Wil Hahn in Atlanta and will miss Toronto. There is no specific timetable for his return.

James Stewart – Back
Comment: After jamming his knee in Atlanta Stewart sustained deep bruising to his lower back when he looped out in the whoops during his heat race in Daytona. Stewart has been ruled out for the weekend.

Broc Tickle – Wrist
Comment: Tickle suffered a fractured distal radius in his right forearm in January. He’s back to light physical activity and the team is looking for him to get back on his motorcycle in the coming weeks. The team says a return to supercross this season is not out of the question, depending on how quickly he progresses.

Dean Wilson – Knee
Comment: Wilson crashed and tore his ACL and meniscus, and sprained his MCL. He had surgery, but earlier this week tweeted he was headed for another operation after finding signs of an infection in his knee.

Dakota Alix – Collarbone
Comment: Alix crashed in late in the race at Daytona and broke his collarbone. He still managed to finish the race, but he’s out for Toronto.

Darryn Durham – Spleen
Comment: Durham had a hard crash in Atlanta, then crashed on the same side several days before Daytona. He bruised his spleen and was kept three days in the hospital. He won’t require surgery, but will have to be off the bike for a few weeks. The plan is to be back for Indy.

Jessy Nelson – Banged Up
Comment: Nelson crashed hard before San Diego 1 and was taken to the hospital. He hasn’t raced since and there’s a chance we won’t see him until Lucas Oil Pro Motocross.

Luke Renzland – Collarbone
Comment: Renzland broke his collarbone in Atlanta and will have it surgically plated this week. The team is confident he’ll be able to recover in time to line up for more supercross in 2016, but until then Benny Bloss will fill in for him.

Dakota Tedder – Concussion, Scapula, and Ribs
Comment: Dakota Tedder crashed during practice in Atlanta when Martin Davalos ran into him while jumping a dragons back. Tedder tried to ride more but went down again. The crashes resulted in a concussion, broken scapula, broken ribs, and roughly six weeks on the sidelines.