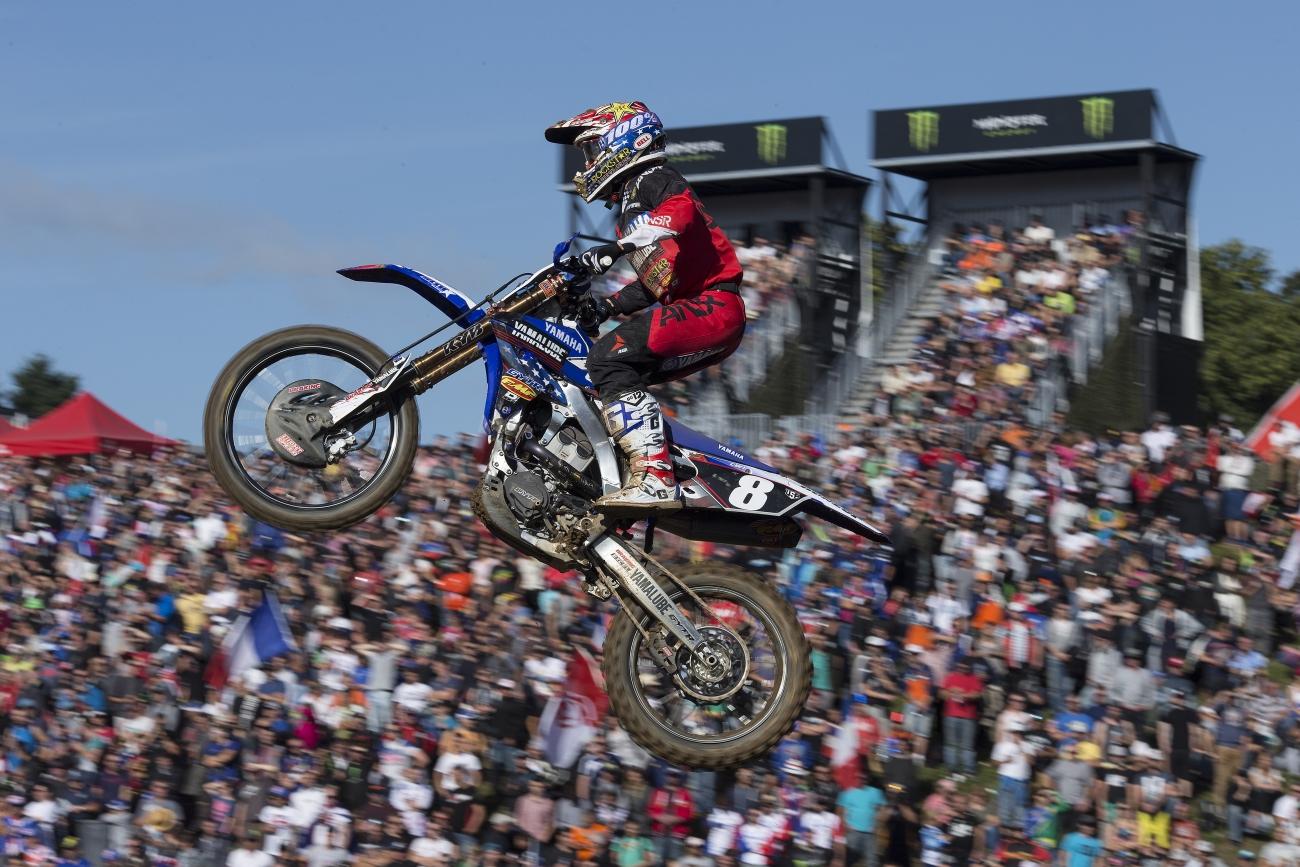 Randy Valade, brand manager for Answer, is one of those guys behind the scenes in the sport that doesn’t make a lot of noise, but he’s built up a successful brand over the last few years. An ex-racer (and past Canadian MX2 champion), Valade’s made a successful transition to the office life.

After Saturday qualifying at the Motocross des Nations, I caught up to "RJV" to talk about the brand and more.

Racer X: Randy, this must be a cool weekend for you guys at Answer. Two guys on Team USA wearing the gear—that’s a nice deal for you.
Randy Valade: Yeah, it's great. Cooper Webb and Jeremy Martin have done very well for us this year. It's cool to see both the Star Racing guys come on and be on the Nations team. Everything’s going good. We also got a couple guys on the Great Britain team—Dean Wilson and Max Anstie. Unfortunately Max got hurt yesterday. A couple guys on Venezuela, also, and we got Luke Clout on Australia. So we’re doing pretty well over here for Answer.

What’d you do for them for this race; anything special?
We did. Both of the American guys have some custom gear that we did for them, along with the Great Britain team. We also made some custom gear for the Venezuelan guys, so we went all out in a way. It’s a great thing for us.

The last couple of years with Jeremy winning the 250MX title must be pretty sweet for your brand.
Yeah, it's cool. And don’t forget we won the West Coast 250SX title with Cooper [Webb] also, and like you said, we won the outdoor title, so it’s been a great year for us.

Now is obviously silly season time and things are going on; how do you decide who you want, the proposals you’re getting, where you spend your money? How frustrating or stressful is that, or how rewarding is that?
It's frustrating for sure, but it's also rewarding. I don't know—I’ve been in the sport for a long time. Obviously I know who I think is going to be good or who is good. It’s a little funny listening to some of the agents tell you what they think their guy's going to do when you know what they're going to do. But, at the end of the day, we're just looking for the best guys that fit our brand. It's not so much…of course we want them to win, but if they've got a good following and people like them, that’s kind of the more important thing than winning all the time.

One of the harder things for you I imagine is that you've been around a long time and know a lot of these guys, so it's tough to tell those guys no sometimes, right?
It's very tough. There's guys that are getting older that aren't worth what maybe they think they're worth anymore. You've got to separate the friendship from the business. I think at the end of the day they understand.

Our mutual friend Nick Wey is in the process of deciding whether to race next year or not, but he's been with Tucker Rocky, the parent company of Answer, a long time—first with MSR gear and now Answer.
Yeah, he's actually the one that got me the job at MSR back in 2005, so he was at MSR for ten years, as long as he was, and then we both switched over to Answer when the brands kind of went their different ways. He's been a great friend of mine. I've been friends with him for over thirty years now. I hope he races next year. I don't know. He says he is, so I guess we'll wait and see.

You guys have just branded him by now….
We have. The switch I think last year was difficult just because he was MSR for so long, but this year he did wear Answer, and if we do something with him again, he'll be in Answer next year.

Okay, this could be a sign I'm old, but what’s up with you guys [Answer] dropping the "W" and "E" from the name a few years ago? In my opinion, you guys have this iconic brand that has been around forever with a lot of great accomplishments, and I don’t get it.
No, you're not wrong by any means—maybe you are just too old! And when you say, "you guys," that wasn't my deal. We still have the Answer written out with the "W" and the "E" that was dropped. It is still used on some of our stuff, more of the retro stuff that we do. There's a good possibility that we can bring it back. The problem was, the last few years before I moved over the Answer, there were a lot of different icons and logos being used and we were just trying to stick with something that we can move forward with.

What’s the best-selling stuff?
Our number-one selling gear I would say is our Syncron line that you've seen Martin, Webb, and Wilson wearing.

How much do you get out and ride nowadays?
Lately, not hardly at all. I think the last time I rode was I rode a Big 6 race in Primm right before the Vegas Supercross. I got a flat tire, and my bike is still sitting in the garage with a flat tire.

So the Legends and Heroes thing in Indiana—we’re not going to see the 2003 Canadian champion lining up any time?
No, definitely not. Maybe the vintage class on my '06.