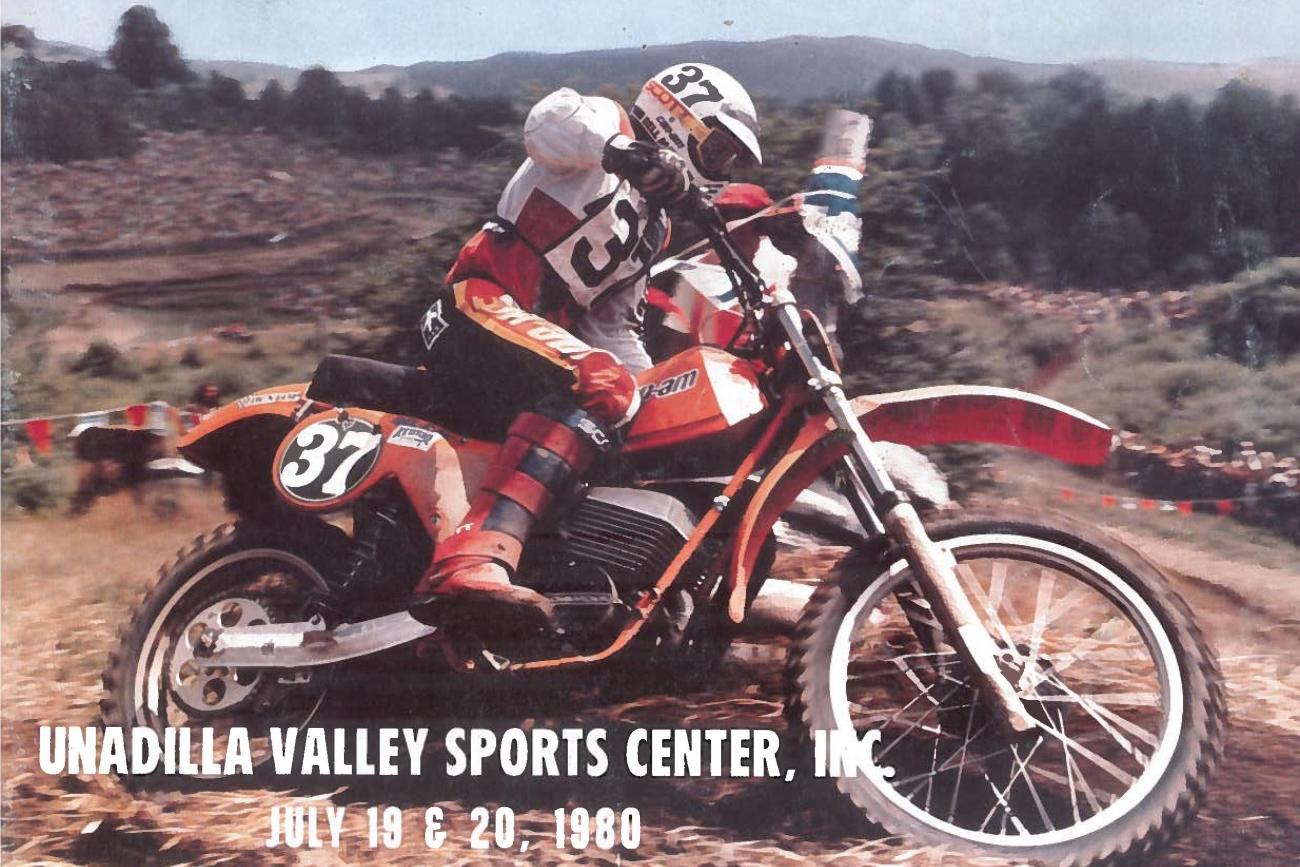 Last weekend's Monster Energy Grand Prix of the USA marked the third reincarnation of the event at Glen Helen Raceway. The first came back in the early 1990s, with two 500cc Grand Prix races, and then again in 2010-'11. Each time the event struggled to find traction with U.S.-based riders and fans, but this most recent attempt offered promise, even if it didn’t exactly have a packed house or starting gate.

Glen Helen isn't the first racetrack in America to hold a round of the FIM World Motocross Championship, so for this week's List we thought we would review the other USGPs held over the years.

CARLSBAD, CALIFORNIA: The granddaddy of them all. Back in 1972, British-born race promoter/journalist Gavin Trippe requested a chance to join the FIM World Championship circuit with the popular SoCal racetrack, and the FIM allowed him to use the '72 Trans-AMA as a walk-through of sorts. The event was a success, so in 1973 the first U.S. Grand Prix at Carlsbad was held for 500cc motorcycles. Maico rider Willi Bauer out-dueled Suzuki's Roger DeCoster in a race that was featured on ABC's Wide World of Sports. For more than a decade Carlsbad appeared on the schedule, and it included some epic races, including Marty Moates' stunning upset in 1980 to become the first American to win the race, as well as Dutch rider Gerrit Wolsink's five wins between 1974 and '79. Ironically, "the Man" the event was practically made for, five-time 500cc World Champion DeCoster, never won the race as a rider, nor did the crusading "Bad" Brad Lackey, who campaigned the 500cc World Championships from '73 to '82—finally winning the title in '82—and then made the '83 Carlsbad event his last race as a professional.

CHARLES, MISSOURI: In 1973, one year before the AMA began racing 125cc motorcycles in its domestic championship series, and two years before the FIM got its 125cc Grand Prix circuit going, Husqvarna importer/race promoter Edison Dye hosted a stand-alone 125cc "World Cup" in the hopes of showcasing a bike he was bringing to market called the Dye Rebel (made in San Diego). His bikes didn’t do so well, but Swedish Husqvarna rider Nils-Arne Nilsson, a part-time factory engineer, did his part by winning the race on a Husqvarna. We asked our resident 1970s pro Scott Wallenberg what he remembered about the race:

“This was one year before the Japanese 125 invasion took place, and a look at the entry list shows some standout riders like Tony DiStefano, Marty Smith, Bob Grossi, and Terry Clark, on brands like Harley-Davidson, Zundapp, Monark, Hodaka, Penton, Bultaco, Noguchi, Aspes…. The race was won by Nils-Arne Nilsson, with Husqvarna teammate Bob Grossi in second. Mickey Boone was top Japanese bike on a Suzuki TM in third place, and Tony Wynn from Arkansas made the debut of the Honda 125cc Elsinore in pro competition with a seventh-place finish. The top finishing Yamaha was Morris Malone in thirteenth, and there were no Kawasakis entered.

Here are some clippings from Cycle News on the 1973 World Cup:

MID-OHIO: In 1975 it was Mid-Ohio that actually was awarded the JOFA 125cc Grand Prix, and American teenager Marty Smith scored a dominant win on his factory Honda. It was at this race that Smith could lay claim to pretty much inventing the technique of the "double jump," using the first step of a downhill set to leap to the bottom. (Can-Am's Jimmy Ellis also did it.) This event lasted until 1981, and it too had a groundbreaking "first American" moment in 1980 when Mugen-Honda privateer Johnny O'Mara shocked the world and rode his white bike to the win in deep mud.

UNADILLA, NEW YORK: Another staple of the Trans-AMA circuit, Unadilla began hosting a 250cc U.S. Grand Prix in 1977. The first winner was an American, Team Honda's Marty Tripes (who happened to also be the first winner of the Superbowl of Motocross at the Los Angeles Coliseum in 1972). Over the years Ward Robinson's upstate New York facility would host some epic rounds of the FIM 250cc World Championship, including 1982, when Dutch rider Kees van der Ven won and gave KTM its first major motocross win in America. Bob "Hurricane" Hannah was the favored son here, and when Unadilla was awarded the 1987 Motocross des Nations, Hannah was picked for the team to ride a Suzuki RM125. He repeated what he had done the previous year at the 250cc GP, winning the race and the crowd. The event at Unadilla lasted until 1992, with the last three rounds won by Honda's Jeff Stanton. The Robinsons passed on the event in 1993, choosing to stick with their AMA National, and it would then move south to Maryland.

DELMONT, PENNSYLVANIA: In August 1987, Steel City Raceway hosted a hot, dry, and mostly forgettable 125cc U.S. Grand Prix. The race was a trial set in order to get it confirmed for an outdoor national, which it did for 1988. The winner of that one-and-done GP was Suzuki's Erik Kehoe, though probably the biggest buzz of the event was the fact that Kawasaki's superstar wild child Ron Lechien dropped down to a 125cc motorcycle just for this race. Then he overslept on Saturday, missed the mandatory practice, and was not allowed to enter the race by the FIM.

HOLLISTER, CALIFORNIA: After the USGP at Carlsbad called it quits after the 1986 race, the 500cc Grand Prix was skipped for a year. Meanwhile, because Unadilla was hosting the '87 Motocross des Nations, the FIM would not allow them to hold a 250cc Grand Prix in the same year. So Hollister, California, took over the '87 USGP (both motos were swept by Ricky Johnson), and then it moved back to Unadilla in '88. Hollister was then added to the 500cc Grand Prix schedule for two years. The '88 race was won by Belgium's Eric Geboers, and then the '89 race was won by Ron Lechien. The event left after that and headed south again.

GLEN HELEN: In 1990, Glen Helen hosted its first major race with the 500cc Grand Prix, with none other than Roger DeCoster as event director, and MotoLink's Greg Baumann. The problem was not the race, but the class. In both Europe and America, 500cc racing was being phased out, as Roger himself addressed in the 1991 welcome letter for the 500cc USGP:

"As many of you know, the future of the 500cc class has become a controversial issue both here and abroad. The present system of three championship titles in 125cc, 250cc and 500cc classes, in addition to the Supercross series, puts the sport in competition with itself for top riders, sponsorship and media exposure. There are only so many top athletes... so many sponsorship dollars… and only so much demand for a sport. Surely, if the sport were invented today, it would not be so subdivided and diluted... Last Spring the FIM congress addressed this important issue and what emerged was a plan to phase out the 500cc class by 1993 and establish the 250s as the official class of the World Motocross Championship. While I did not lobby in favor of abandoning the 500cc class, I ultimately agreed with the concept of streamlining the sport."

The race lasted three years, all three of which were won by Honda riders, first Eric Geboers and then DeCoster's own American Honda rider Jean-Michel Bayle. In a harbinger of things to come, the '92 race included a four-stroke exhibition support class. In 1993, Glen Helen began hosting AMA Nationals.

BUDDS CREEK: In 1993 and '94 the 250cc U.S. Grand Prix would move to Budds Creek in Maryland. Promoter Jonathan Beasley hoped that he would be rewarded with the Motocross des Nations for the risk of the GP races, which were sparsely attended, even with star power like Jeremy McGrath and Jeff Emig involved. Belgium's Stefan Everts won in '93, then French Honda rider Yves DeMaria (riding for a Honda team GP team that DeCoster was managing at the time) won in 1994. Budds Creek then took five years off before returning to the schedule in 1999 as the last round of the 250cc Grand Prix series. The winner of that race was Team Honda's Kevin Windham. In 2007, Beasley finally got his wish and held the FIM Motocross of Nations (the name had changed to English by this time). It was a popular and successful event won by Team USA's Ricky Carmichael, Ryan Villopoto, and Tim Ferry.

GLEN HELEN: In a complicated, unfortunate turn of events, Glen Helen canceled its AMA National in March of 2010 and held a Grand Prix instead. It was an imperfect fit, in between national rounds, and few Americans raced in either class. The winners were KTM riders Tony Cairoli (MX1) and Marvin Musquin (MX2). In 2011 Belgium's Clement Desalle won the MX1 class and Ken Roczen took the MX2 win. Thankfully, Glen Helen returned to the AMA Motocross schedule in 2014, then added MXGP this year as part of a package deal to get the 2017 Motocross of Nations. The winners this time were new French superstar Romain Febvre (MXGP) and America's own Jessy Nelson, riding MX2 (250) for Lucas Oil/Troy Lee Designs KTM.