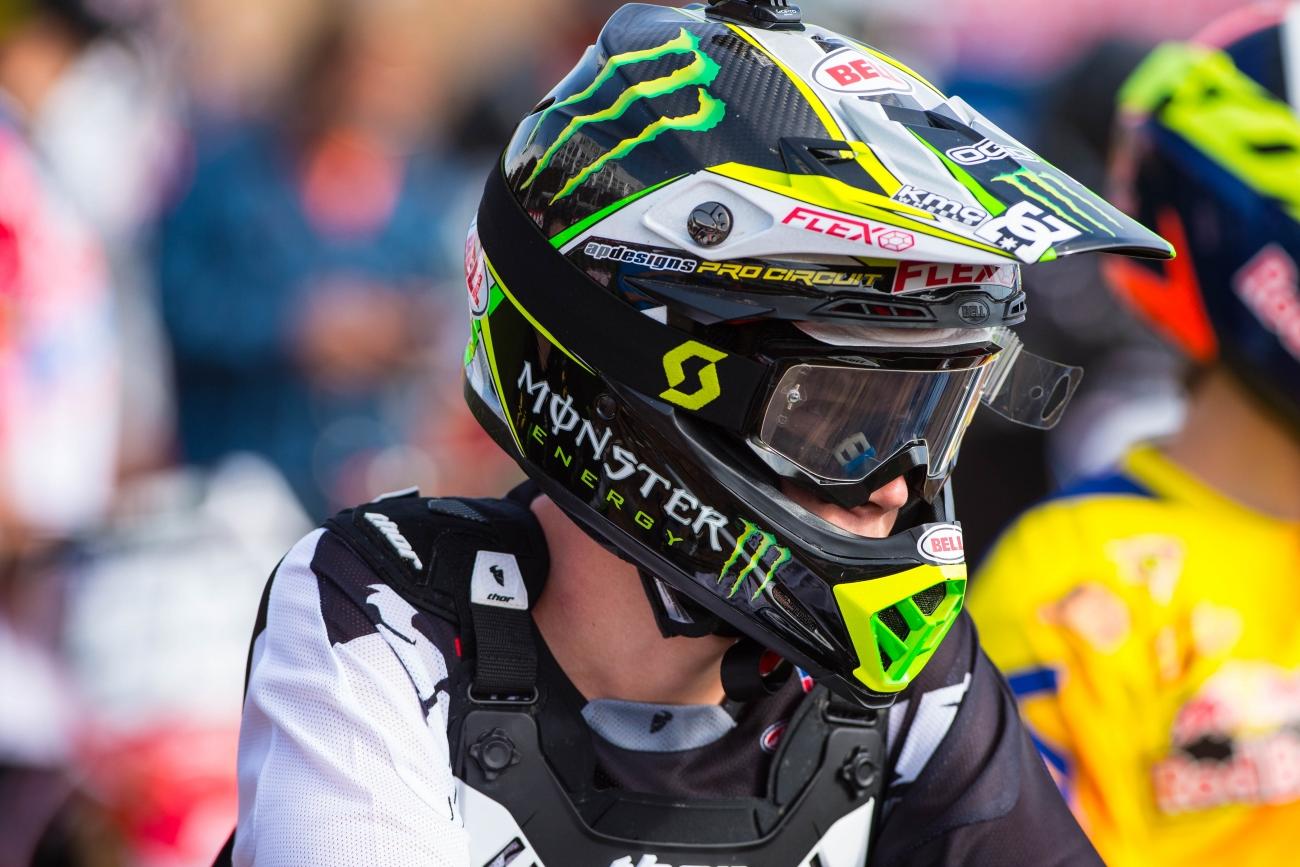 You probably don’t have enough extra money to actually invest in the stock market. That’s okay right now, because the market is on a ride that looks like the last lap of the last moto at a national. It’s been bumpy!

But that’s other people’s money, right? Let’s spend some more of that and take stock of the 250 Class in 2015. This class is fun to watch. The 450s are bedrock commodities, more like putting your money somewhere safe in a CD or savings account. You know what you’re going to get there. The 250s offer bigger potential for loss or gain. Here are a few highlights from the 2015 market.

Jessy Nelson, Lucas Oil/Troy Lee Designs KTM: Good year for Nelson, although it was tantalizingly close to being great. Nelson nearly made “the Leap” this year, starting with his Anaheim 1 win. But he crashed while leading another Anaheim, which was the last chance anyone had of stopping Cooper Webb’s momentum. Nelson missed the last few SX races with injury, but came back strong early outdoors. It looked like a win was coming until a mid-season slump saw him drop from podium guy to top-ten guy. Late in the year he caught fire again and nearly won the final moto in Indiana before crashing while leading. On paper, it says Nelson was eighth in West Region SX points and fifth outdoors. That doesn’t really reflect how it went. He won once and showed the potential for wins. Next year he has another shot at taking “the Leap.”

Joey Savatgy, Monster Energy/Pro Circuit Kawasaki: Savatgy acted disappointed this year because he kept saying Mitch Payton pays his riders to win. And he didn’t win a race until late in the year at Unadilla. But take a step back and this year was a huge step forward. Savatgy was good this year. Not quite as quick as Marvin Musquin/Jeremy Martin/Justin Bogle in supercross, and not quite as quick as Martin/Musquin/Webb outdoors, but he made all the races and that’s big because an injury run nearly ruined his career two seasons ago. Winning a race puts a rider on “buy” for at least three more years. Savatgy, like Nelson, wants to find one more level for 2016, and he’s put himself in position to get there.

Alex Martin, CycleTrader.com/Rock River Yamaha: Big stock gain for Alex Martin this year. He was on the podium indoors and out, won a moto (with a gift from little bro Jeremy), and will move to the full-factory Yamalube/Star Racing Yamaha team next year. This stock has already been bought!

Aaron Plessinger, Yamalube/Star Racing Yamaha: We hear Plessinger has a new deal with Star, which upgrades him from the low wage of a rider just coming out of the amateurs, to “let’s make sure no one else steals him” money. A rookie season with a supercross podium and a national win will do that. Start doing math on 2017, when Webb and J-Mart are out of the 250s, and the answer could come up Plessinger.

Shane McElrath, Lucas Oil/Troy Lee Designs KTM: McElrath seemed better than his results show on paper. He ended up second in 250SX West Region, but that was an injury-riddled group. He was fast at times outdoors, and had a moto podium at Glen Helen. But his real spot was between ninth and eleventh, as he finished there thirteen times in twenty-four motos. To really see the potential in McElrath, you need the eye test. He looked much better this year than last. That’s progress.

Christian Craig, GEICO Honda: This dude was retired! Now he’s got a GEICO Honda ride and he was the best rider on the team during the Nationals! It doesn’t get much better.

Adam Cianciarulo, Monster Energy/Pro Circuit Kawasaki: Remember this guy? AC had the same story this year as previous. We saw his potential, but we also saw a shoulder injury keep him sidelined most of the year. Cianciarulo is the biggest X factor in this class right now. He could get back going and reach the highest heights, or injuries could derail this completely. That’s the hard part about playing the market, but we’d still bet on this one paying off.

Jordon Smith/RJ Hampshire, GEICO Honda: You can’t separate these two rookie teammates, because their outdoor races were so similar. Each would usually have one good moto and one bad; each showed the speed to run at the front with a start; each was thisclose to a breakthrough moto. Neither quite got it. Hampshire was healthier and thus better than Smith in supercross, and toward the end of the year he started edging ahead again, but it’s too early to tell where they will go. Both have the potential to be great, but nothing is certain.

Justin Hill, Red Bull KTM: Man, tough season for the likeable Hill. I was buying him so high that I picked him for the 250SX West Region title, but he ended up hurt, sick, or just off the pace all year. Just two supercross podiums and one outdoors for the teammate of Marvin Musquin. Two years ago we heard Hill was lucky to keep his Pro Circuit ride, then last year he wicked it up and found himself in the middle of a bidding war between Kawi and KTM. Now he needs to use 2016 to rebuild. As always, the key to the market is timing.