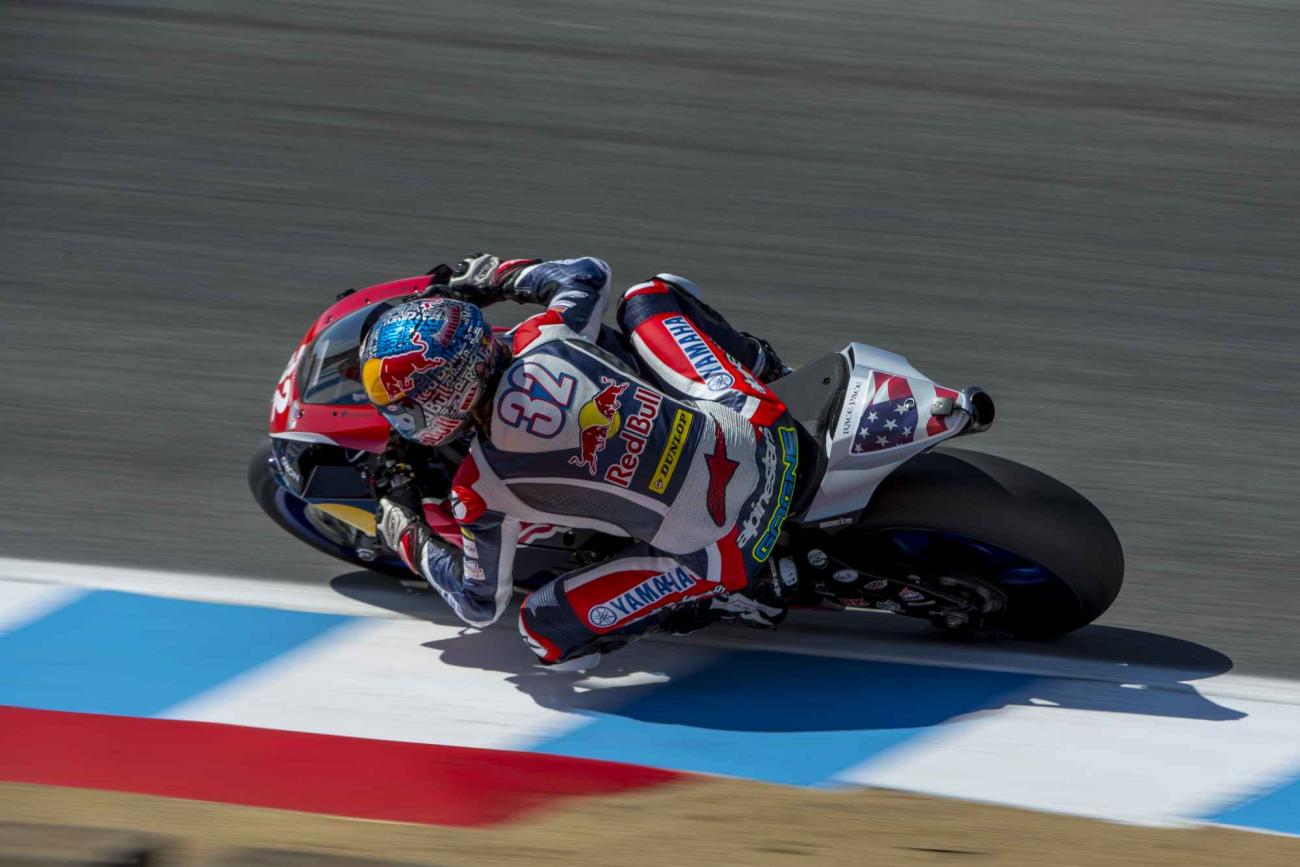 Returns and debuts have been the recent trend in Lucas Oil Pro Motocross. Trey Canard came back at Washougal and Justin Bogle and Dean Wilson returned last week at Unadilla; Scottish rider Shaun Simpson also made his AMA debut in a one-off ride. This week, the 450 Class will see another return—from someone who has never raced motocross professionally and is returning to motocross after ten years away from the sport.

Jake Gagne will make his professional motocross debut this weekend at Miller Motorsports Park aboard a factory-supported Yamaha YZ450.

"I haven’t raced a motocross race since around 2007, really, but I grew up racing," Gagne said. "Even though I road race all of the time, motocross is still my main training."

Gagne is a full-time professional road racer in the MotoAmerica North America Superbike Championship, an FIM and AMA series. The San Diego native is currently leading the Superstock 1000 class, winning eleven races on the season. Gagne looks to be a lock for the championship, as he holds a 43-point lead with one round to go.

As a full-time professional road racer, how did Gagne get the opportunity to race pro motocross this weekend?

"I ended up talking to Keith McCarty at Yamaha and the owner of my team Danny Walker," Gagne said. "Keith ended up hooking me up with a 450 straight from Yamaha, with all of the good stuff. I’ve been riding it three times a week. I’ve always dreamed of racing a national as a kid, so if I had the opportunity, I might as well take it and have some fun with it. Bob Oliver basically built the bike for me."

The Red Bull Yamaha-sponsored rider feels that road racing has helped out his motocross riding a lot, and transitioning into each discipline isn’t hard for him to do.

"Obviously both disciplines are completely different as far as riding styles go," Gagne said. "It’s weird, once I get on one bike I get into that mode and it’s not difficult to transition from one to the other. I guess since I have been riding both for so long that it just gets easier every time."

With great support from Yamaha, this weekend will be low-pressure for Gagne. All he’s worried about is having fun.

"My goal is just have no crashes and two solid thirty-minute motos," Gagne said. "I think that if I ride very well, I could end up near the top-twenty barrier. If I could come out with a top-twenty, I would be so stoked. I don’t know, I’m just going to try my best, and wherever I end up, I end up."

Gagne started racing motocross early in his life, and his amateur career was once very promising. In 2005, he won a 65cc title at Ponca City and went to Loretta Lynn’s that summer.

However, almost ten years ago Jake decided to stop racing motocross and focus on his road-racing career via the Red Bull Rookie Cup tryouts. He was chosen along with twenty-three other aspiring road racers to race the series. Gagne tried it out for one year and decided to stick with it. He’s climbed up the road racing ranks and won the 600 class racing championship last year, which was his first year on a big bike.

"It was a whole new experience for me," Gagne said. "I just had fun with it right away with the speed and how precise you need to be. I enjoy the challenge of it. Without that opportunity from Red Bull, I’d probably still be racing motocross full-time. Road racing is an expensive sport to get into, and it’s tough to find tracks. It’s a lot easier to go buy a bike and race motocross."

Keep an eye out for the #532 of Gagne this weekend in Utah. His team is planning on being a presence in the pits and bringing its usual race hauler. Jake said that a few of his road bikes would be on display right next to his motocross steed for the day.

The only worry that Gagne may have this weekend is that he may forget to put his leg out in a turn and put his knee down instead, just like he is on pavement.

"I hope I don’t! [Laughs] I haven’t made that mistake quite yet, but I really hope I don’t."

Jake would like to thank the following sponsors for giving him the opportunity to race this season: Red Bull, Roadrace Factory, Yamaha, Bell Helmets, Alpinestars, GoPro, Orion, Spy, and American Supercamp.