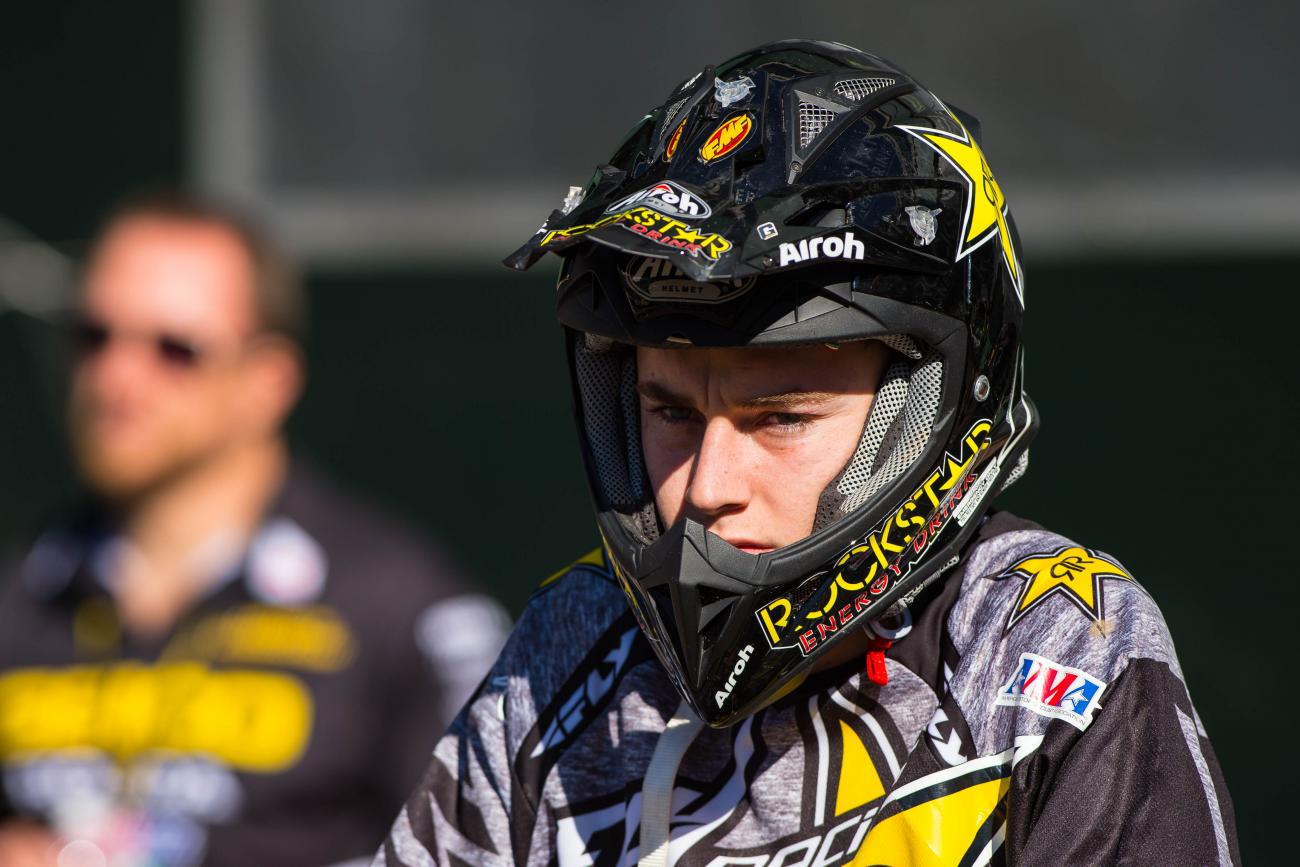 Three years ago this week, Zach Bell left the Rocky Mountain ATV/MC Amateur National Motocross Championship with the AMA Horizon Award and a GEICO Honda ride. Those are really the two most coveted honors for an amateur grad. He made his pro debut at Southwick by holeshotting and leading, but then suffered a crash…and then a bigger one the next time out at Unadilla. He rebuilt himself for a rookie Monster Energy Supercross run in 2013, but that opened and ended with one of the scariest crashes in SX history, a scrub gone wrong over a triple. He was leading the race at the time.

Since then, Bell has spent far too much time on the injured list.

GEICO Honda eventually moved on, but Bobby Hewitt of the Rockstar Energy Husqvarna team offered another shot this year. He did okay, with a season-best seventh at San Diego. Then came another big crash. Bell described it in a recent text message to us.

"I asked what the recovery time was and he told me 7 months to a year.”

“I had a accident at Milestone SX during our break. Collapsed lung and dislocated elbow. I also hit my head pretty hard and hurt my back also so I had all that checked out and they said my head was fine and my back was fine, so I raced Vegas in a lot of pain, headaches and back pain. I just didn't really tell anyone that I was in pain.”

We saw Bell at track walk in Vegas, and we were surprised to see him out there. Usually, if riders are coming back from injury, they’ll skip the SX finale and resume racing when Lucas Oil Pro Motocross begins. Bell, though, thought he was okay, until he started feeling bad again. He went in for more work and got some scary news.

“So finally me and my girlfriend went to go get X-rays on my back from Dr. Alexander,” Bell continued via text. “It turned out that I had compressed fractured my T 3-4 and 5! He told me I would be out 4-6 weeks. Then I told him about my headaches and he sent me over to a head specialist and I had CT scans and MRI's done on my brain, turned out that I had blood around my brain--a pretty big size hematoma on the brain also, so the doctor told me that I couldn't do anything where I could bump my head. I asked what the recovery time was and he told me 7 months to a year.”

We asked Hewitt about this at Washougal, and he indicated a year is the most likely recovery time, and also the amount he’d like to stick with. He knows Bell might be tempted to race 250 East next year, but this is certainly a serious diagnosis with serious consequences. Hewitt has proven to be a team owner concerned with his riders first as people and second as racers.

Three years after his big debut, Bell finds himself nearly a year away from returning to racing. He’s at a crossroads now, with eyes on the big picture instead of any individual race or award. “Me and my team have stuck together,” Bell says. “We have a plan for the future.”