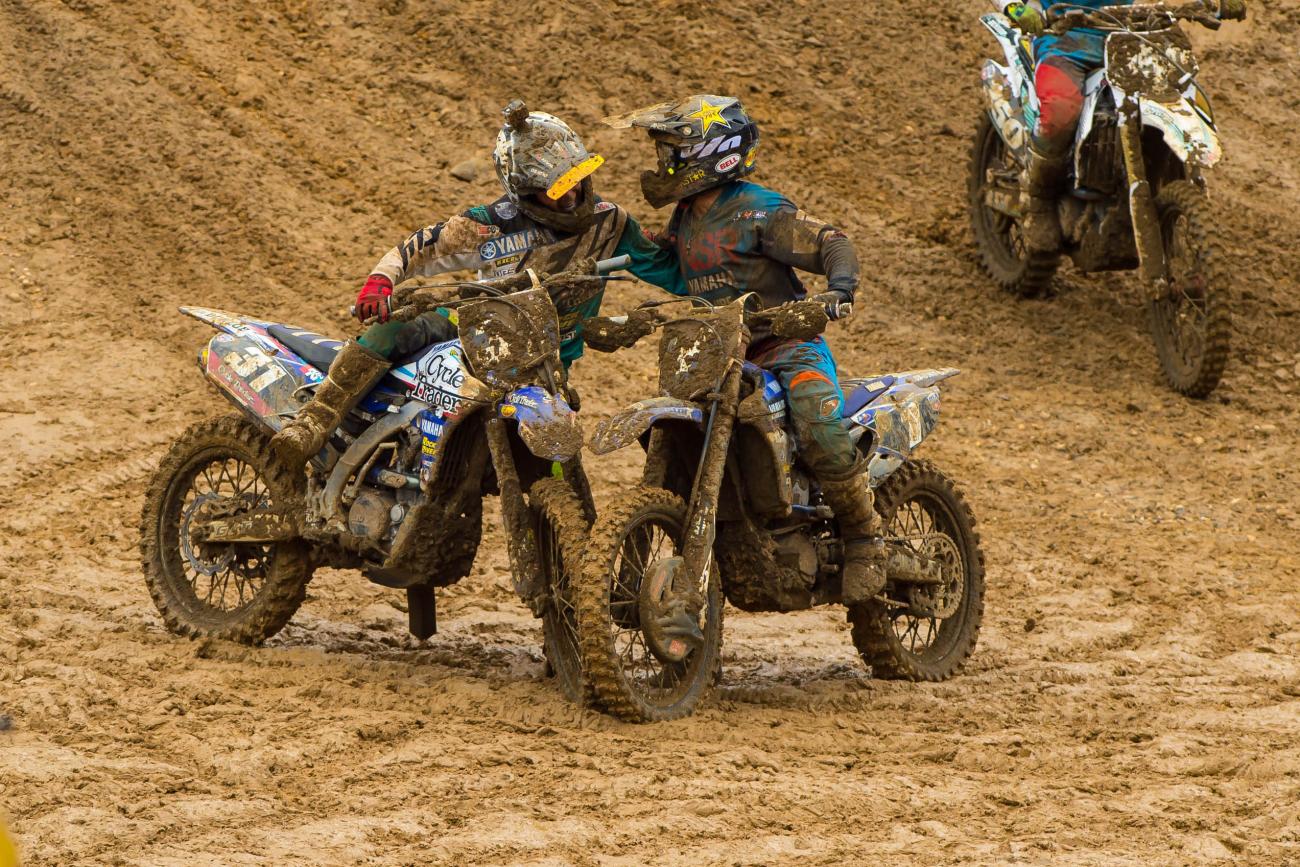 Last Saturday afternoon in the first moto of the 250 Class at the GEICO Motorcycle Budds Creek National, Alex and Jeremy Martin of Millville, Minnesota, finished first and second. Both were aboard Yamaha YZ250F race bikes, older brother Alex’s a CycleTrader.com/Rock River Yamaha and Jeremy’s a Yamalube/Star Racing Yamaha. The moto win marked the first-ever pro victory for Alex, as well as the team. It was also the first time in 2015 that someone not named Jeremy or Marvin won a moto in the 250 Class of Lucas Oil Pro Motocross.

Both Martin brothers had their problems in the second moto, including a stall and the loss of their goggles, and they ended up finishing together again, sixth for Jeremy and seventh for Alex. Their slower second motos opened the door for the guy named Marvin—Red Bull KTM’s Marvin Musquin—to grab an unlikely overall win with 7-1 moto scores. (The last time we recall that happening in this series was 1993, when Robbie Reynard became the youngest rider ever to win an AMA National with a 7-1 score at the season-ending Steel City 125 National.)

But had the brothers Martin just made series’ history with the first-ever one-two finish for siblings? Had they beaten the Stewarts, the Alessis, the Hahns, and every other fast set of brothers to motocross history? Turns out that someone beat them to it.

On June 17, 1973, Honda factory teammates Gary Jones and Dewayne Jones lined up on the starting gate at Lake Whitney Cycle Ranch in Texas for the seventh round of the AMA 250cc National Motocross Championship. Both of the Jones boys were on Honda’s new CR250M Elsinore motorcycles, silver-tanked beauties that were something of a game-changer in global motocross. According to Cycle News, the bikes “featured such niceties as balanced, inverted rear shocks, new engines, and a flashy red-striped tank,” their father and team manager Don Jones having traded the original green tape on the top of the tanks with something flashier.

Unlike Budds Creek last Saturday, it was in the nineties that Sunday in Texas more than forty years ago, the track “a sizzling dust bowl” with the track surface “baked like a brick.” Team managers were throwing buckets of water on their riders as they came by the signaling area each lap. Gary Jones won both motos while older brother Dewayne went 2-3 for second. Finishing third overall was the late Rich Thorwaldson on his factory Suzuki. Here are the full results.