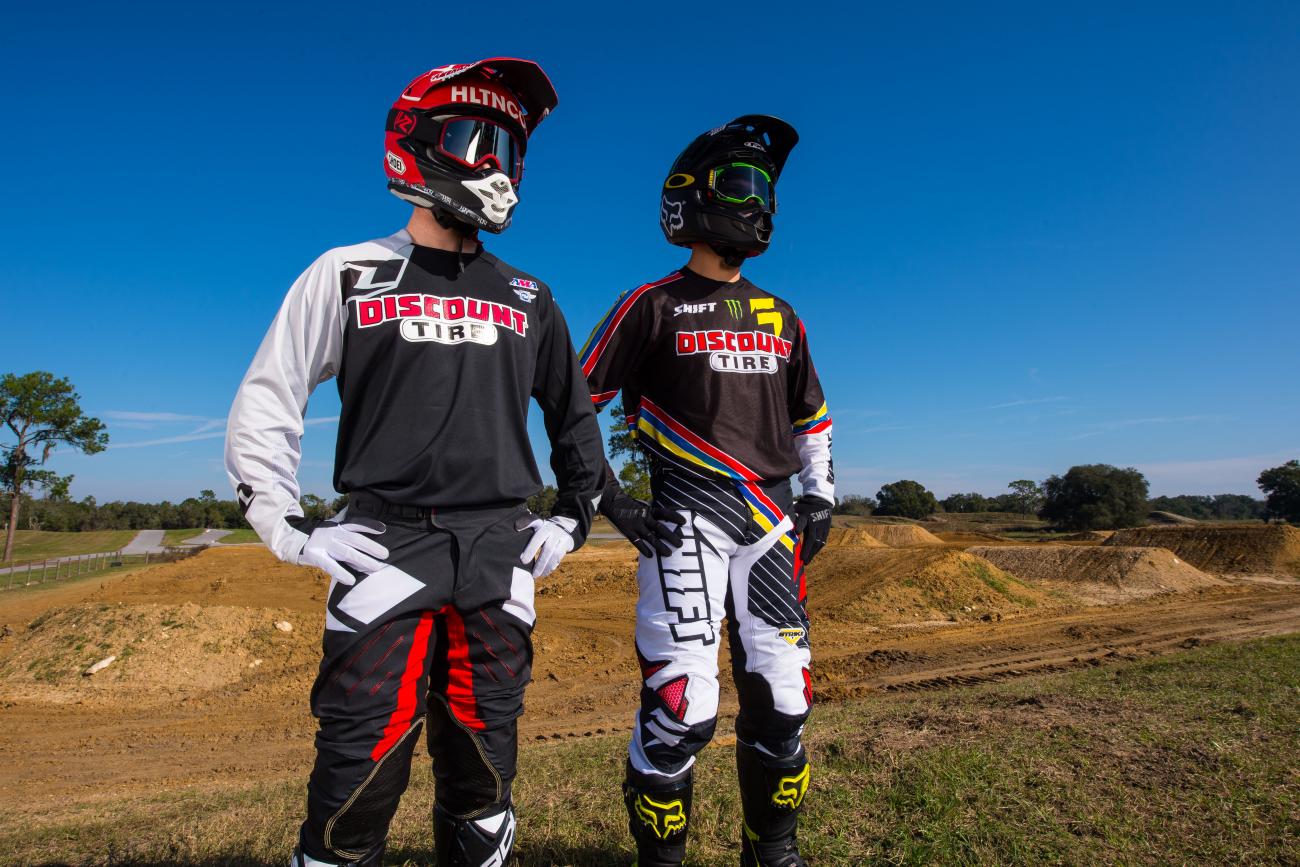 3 on 3 Questions on Reed and Grant

1. Where does this leave Chad Reed?

Jason Thomas: For now, he’s in flux. He’s been the captain of his own ship for the last five years. Now, he and his agent must go to work on finding him a new home. He’ll be trying to find a lucrative offer that also has winning-capable equipment. The real challenge will be adjusting back to a normal team atmosphere. He won't be calling the shots on every decision any more. Many obligations and team nuances that he didn't enjoy before will again be approached. He’ll have to compromise, and he’ll have much less responsibility and pressure, but he’ll also be subject to someone else's agenda.

Jason Weigandt: We know Reed shut the team down so he can ride for someone else, reduce stress, and increase his chances of making money. But who is going to hire him? Remember, Reed started TwoTwo Motorsports for the 2011 season because he was out of options. In 2010, he had a bad season on a Kawasaki with just one win, he had health problems that knocked him out of the Nationals, and he was considered old by motocross standards. Five years later, he's in the same situation again.

Chad is in a tough spot because this sport's short-term memory is too good. The "he had a bad season" tag is hanging over him now, which really isn’t accurate because he won a supercross, and that's legit. But everyone just remembers the last few months, which were bad. He's lucky, though, because the long-term memory in this sport is terrible. Chad's been an outspoken guy and has said things about bike brands that few could get away with. But guess what? We've seen much worse things happen between riders and brands only to see them get back together again. Some team will be excited to get him back.

I think there are three options: A) A factory team nabs him because of his skills with testing and development. He may not be the lead, highest-paid rider like he was in previous factory stints, but he can still deliver strong results, even race wins and maybe even a SX title run, while also improving the bike. Chad's known for picking bike settings that no one else likes, though, so we'll see. B) A private team grabs him to legitimize themselves. A few years back BTO Sports was getting great results from Matt Goerke—around seventh each week in supercross—but it wasn't until they hired Andrew Short that they took "the leap" in the eyes of the fans and industry. Reed would give a similar team a huge boost. C) Here's what I think is most logical: Get him in the RCH truck as Ken Roczen's teammate. They all share agents, Reed's sponsors could come along easily, and this team would become the most popular in the pits, which is something they actually recognize and market. Wouldn't surprise me one bit.

Steve Matthes: I think this leaves Reed needing to find a bike he wants to ride and a team with which he can pit! But in all seriousness, I can't see him riding with anything short of full factory involvement, so that rules out a few teams. I can't see him jumping to KTM or Husky or something that he's never been on, either. And I think the Kawasaki ship has sailed for him. So it's the Honda factory team(even though there were some strained relations between CR and the factory Honda guys at the end of his time on red), an RCH Suzuki deal (which he almost did a couple of years ago, and the team is all tied in with WMG, who is Chad's agency), or Yamaha, who I know he's talked to about joining again. He started with Yamaha in America, and he's told me that he'd like to end it with the brand he started with. What a sentimental guy that Chad Reed is.

He'll do one or at most two more seasons of SX-only, and before you write him off, can you just go back a few months and remember that he was one of a handful of dudes to win a supercross race this past year, and he threw away more than a few easy podiums? The guy can still ride, people.

2. Where does Josh Grant go from here?

Thomas: I hope he lands somewhere with solid footing. Ideally, it would be cool to see Monster Energy Kawasaki put him under the tent for the remaining races. They’re a one-man show at the moment, and Grant already has a good base with the Kawasaki. Who knows how Kawasaki feels about adding Josh mid-season, but if all sides were in agreement, it would make sense from the outside. If Josh can get back to 100 percent by season's end, we’ve all seen what he’s capable of when things click.

Weigandt: Kind of worried for JG, because while he'll still get paid from Chad, he usually makes his money for the next year by killing it in a few nationals. He needs to get on a bike and rip it up again. If someone gives him a shot in a replacement ride over the second half of the season, he can holeshot, lead a moto, and get right back to where he always is. He needs a shot though.

Matthes: I'm not sure, really. He had a decent supercross season although he missed some races lately with injury. I know he's been calling around to some teams to get an outdoor ride to finish the season. He really needs to get on a bike for RedBud and Millville, where he usually rides well.

Update: After we wrote this, Grant posted on his Instagram that he might not seek a ride for 2016. Read more here.

3. What is your favorite TwoTwo Motorsports memory?

Thomas: Wow, this one is tough. As many know, I was close to this situation from day one. Actually, it was really even before day one. Sitting around Chad's house talking about how cool it would be to have your own race team, that's where TwoTwo started.

My favorite memory is probably the same as most of his fans. In reality, that's also why it's my favorite memory. Sure, Chad is one of my best friends and we spent years riding and training together, vacations, and downtime too. Before, during, and after that time, I was, am, and will be a fan.

Chad has been knocked down more times than I can count, and he always finds a way to answer the bell. Going into the 2014 season, I really didn't know what he would have to offer. His 2013 season was easily his worst ever, and at nearly 32, I really felt things were bleak. The competition was tougher than ever as new riders were moving up and the championship contenders gained even more experience. Still, though, Reed was absolutely certain that he would be in the fight. And fight he did. His win at Anaheim II, and Anaheim III for that matter, was far and away my favorite and proudest moment. He not only won the race, but he passed his biggest rival, James Stewart, along the way. There are so many images from that night burned into my memory banks, none more so than him leaning against the stadium wall in tearful celebration. There are only a select few people on earth that believed he could win that night. I don't even know if I could honestly count myself as one of those. All of the men in TwoTwo shirts certainly believed, though, and that is why it's my favorite memory.

Weigandt: At the 2011 Los Angeles Supercross, everyone was buzzing over that night's incredible Ryan Villopoto/James Stewart/Ryan Dungey/Trey Canard battle. The season was really exciting at this point, but Reed wasn't yet a factor, and wasn't talked about.

That night I remember him just randomly walking the pits in a non-descript hoodie and striking up conversations like he was some fan hanging out. It was so weird! It looked like he was searching for relevance and trying to understand this new world where he wasn't a regular podium guy or race winner. To me, it was a sign that he was struggling to find his place.

Uh, no. He got on the podium the next week in Oakland, and everyone was like, "Oh, good for Chad. One more podium in his storied career." Three weeks later, he freaking won in San Diego, and soon he was in the points lead! I still don't know what he was doing on that Aussie walkabout in the Dodger's Stadium pits, but he sure turned things around after that night.

Matthes: His win at Anaheim II in 2014 was amaze balls. Him going at it with Stewart when a lot of people thought both of their times had come and gone? Him catching and passing Stew for the win? It was amazing and as high drama as you are going to get in our sport. I literally had goose bumps afterwards; it was something I'll never forget—that's for sure. As a guy who was on his team for three years back in the factory Yamaha days (and we weren't always the best of friends either) and knows him pretty well, it was cool to see the dude come back like that. Yeah, his win on the Honda was great, this was just different to me.

Oh, yeah, and the red pants. Dude. Red pants were where it was at for a couple of years.