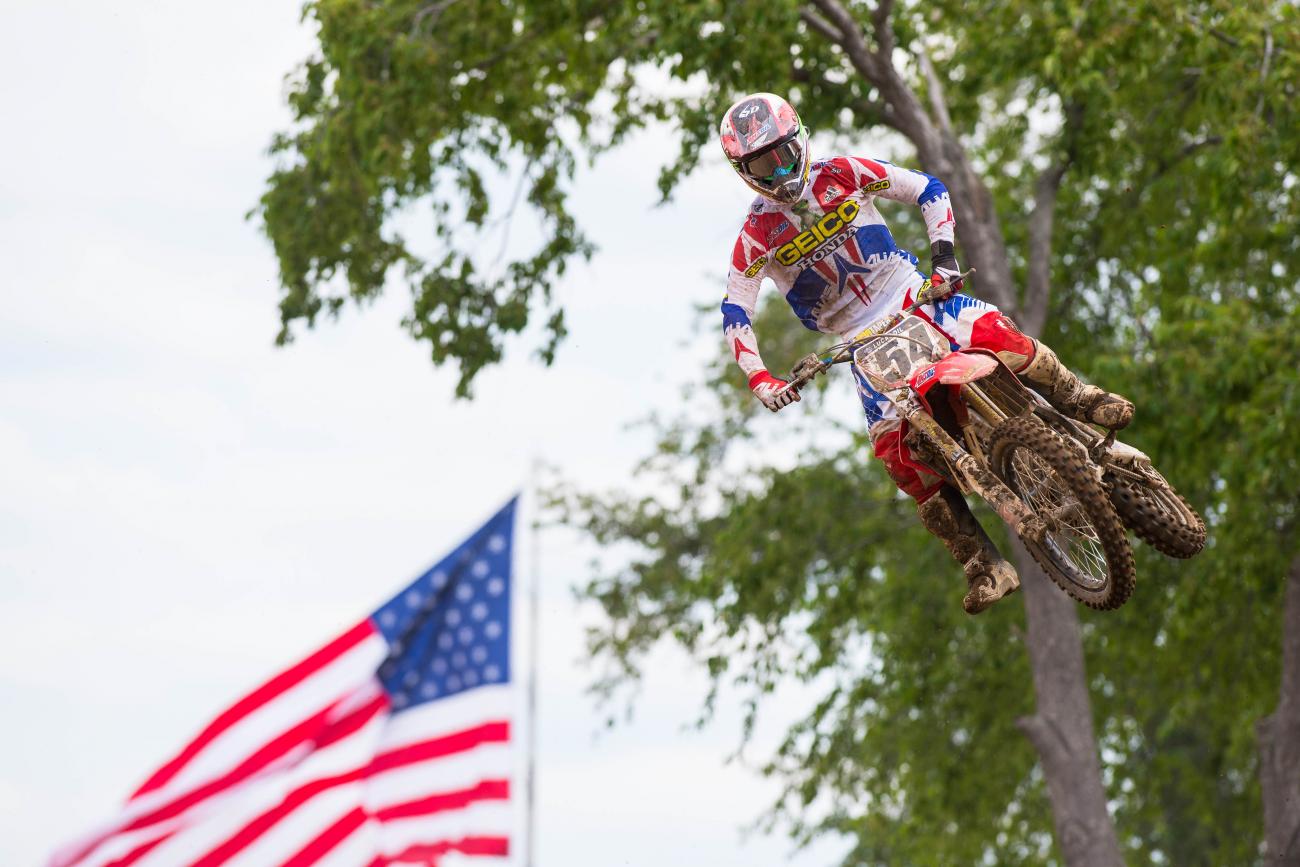 It’s become a building year for the powerful GEICO Honda effort, as Justin Bogle, its only proven veteran, is now out for a few weeks with a shoulder contusion. There’s potential with the likes of Matt Bisceglia, RJ Hampshire, and Jordon Smith, but they’re not yet title contenders like this team is used to having.

Christian Craig provides a nice landing pad for the team’s fourth spot. The move is all in the family, as Craig is married to the daughter of one of the GEICO team’s owners. Don’t think he’s not capable of earning this on his own riding merits though. He raced the second half of last season on a 450 and scratched his way into the top ten in two motos. Craig has always had talent.

With the GEICO team set into a rebuilding year, Craig fits in fine. He’s not going to set the world on fire, but he’ll be solid. He was already planning to race the second half of the season on a 450 (like he did last year), so he’d already started riding and training—this is just an earlier start. He’ll probably be a little behind the curve early, but if he gets enough time in before Bogle returns and if he gets a good start (and he’s capable of getting those), he’s fast enough to stay up front.

"I've been working hard for a chance like this,” Craig said in a team release. “I really want to go all-out one last time and make a go of it. I still have all the desire in the world, and I don't want to look back in ten years and wish I had tried harder."

Craig has primarily been a 450 rider outdoors during his pro career, but he doesn’t think that will matter. "I was riding a fairly stock 450 at home, so when I got out here and got on one of the GEICO Honda 250s, those things are so fast there's really no difference between the two," Craig continued in the release. "The GEICO 250 actually might be faster. Two laps around Perris [Raceway] and I felt totally comfortable on the bike.”

This is all well and good, and Craig will do fine. Malcolm Stewart, who rode well for the team in Monster Energy Supercross, seemed like the obvious choice. Before the start of Lucas Oil Pro Motocross, Malcolm went on social media to say the GEICO team was full, and he only had a supercross contract. Why not give him a look? I believe Malcolm is still sorting himself out physically after extreme dehydration put him in the hospital last year, and he wasn’t planning on racing outdoors. Meanwhile, Craig was already in the midst of preparation. On paper, Malcolm is a good pick, but he’s focused on supercross right now, and hopefully he’ll get a look outdoors again maybe next year. Craig’s close now, and he’ll get better with each week. For the GEICO team, that’s more than enough.