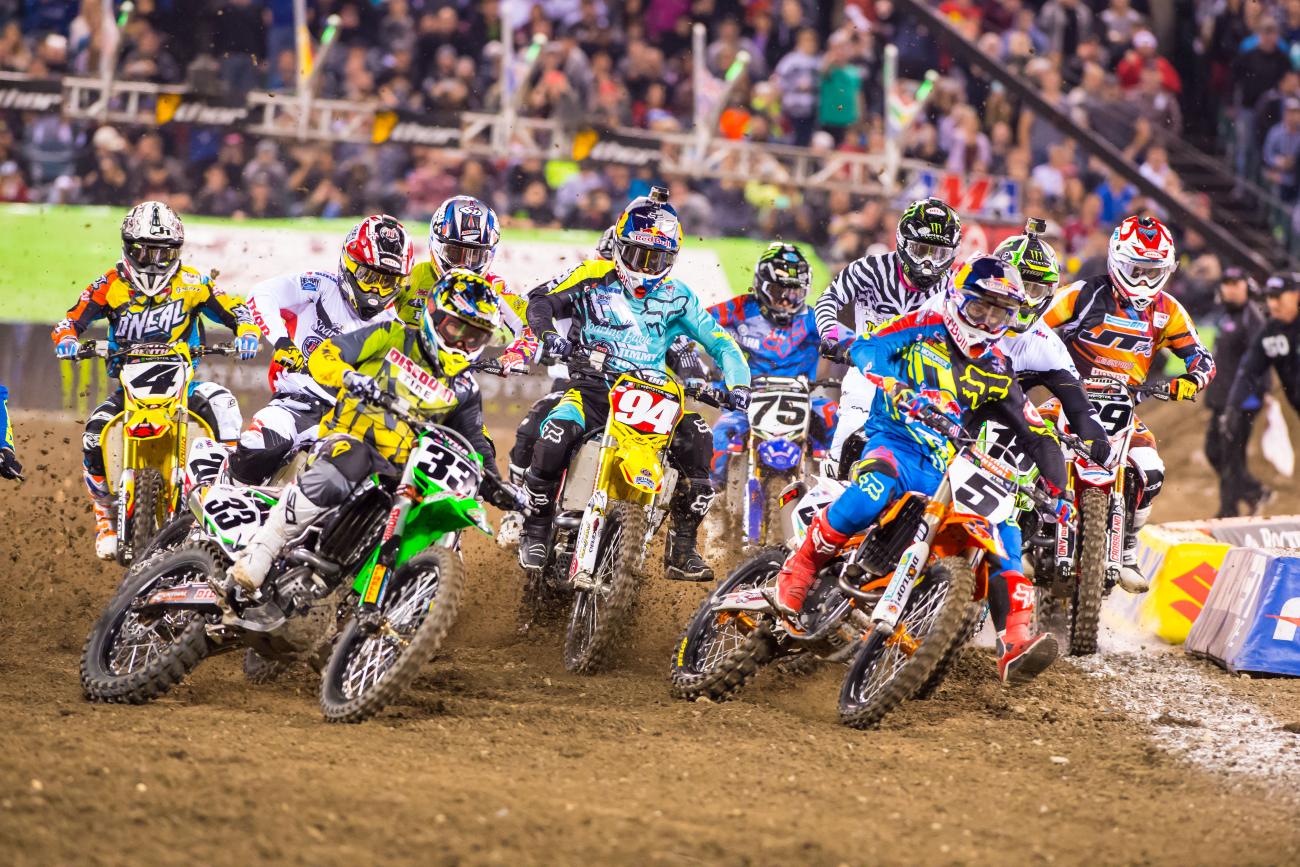 Okay, so we know Ryan Dungey killed it this year in Monster Energy AMA Supercross, an FIM World Championship, but what about everyone else? How many heat races did Cole Seely win? How many holeshots did Andrew Short get? What was Trey Canard’s podium percentage? All these questions and more are answered in the stats below, which are listed in the order of the final 2015 supercross standings. Enjoy!

What's in the numbers? Well, besides Dungey dominating all categories besides fast qualifier (Tomac romped in that one) some other things jump out. Tomac appeared to have an inconsistent season but his podium percentage turned out pretty solid, while all-time podium leader Chad Reed didn't make the box nearly as much as usual. Andrew Short appeared to be a holeshot dominator but he was edged at the line a few more times than you might expect. In some ways, the numbers reflect what we all know, in other ways they can surprise.

But no matter how you slice it, it was a dominant year for The Dunge.