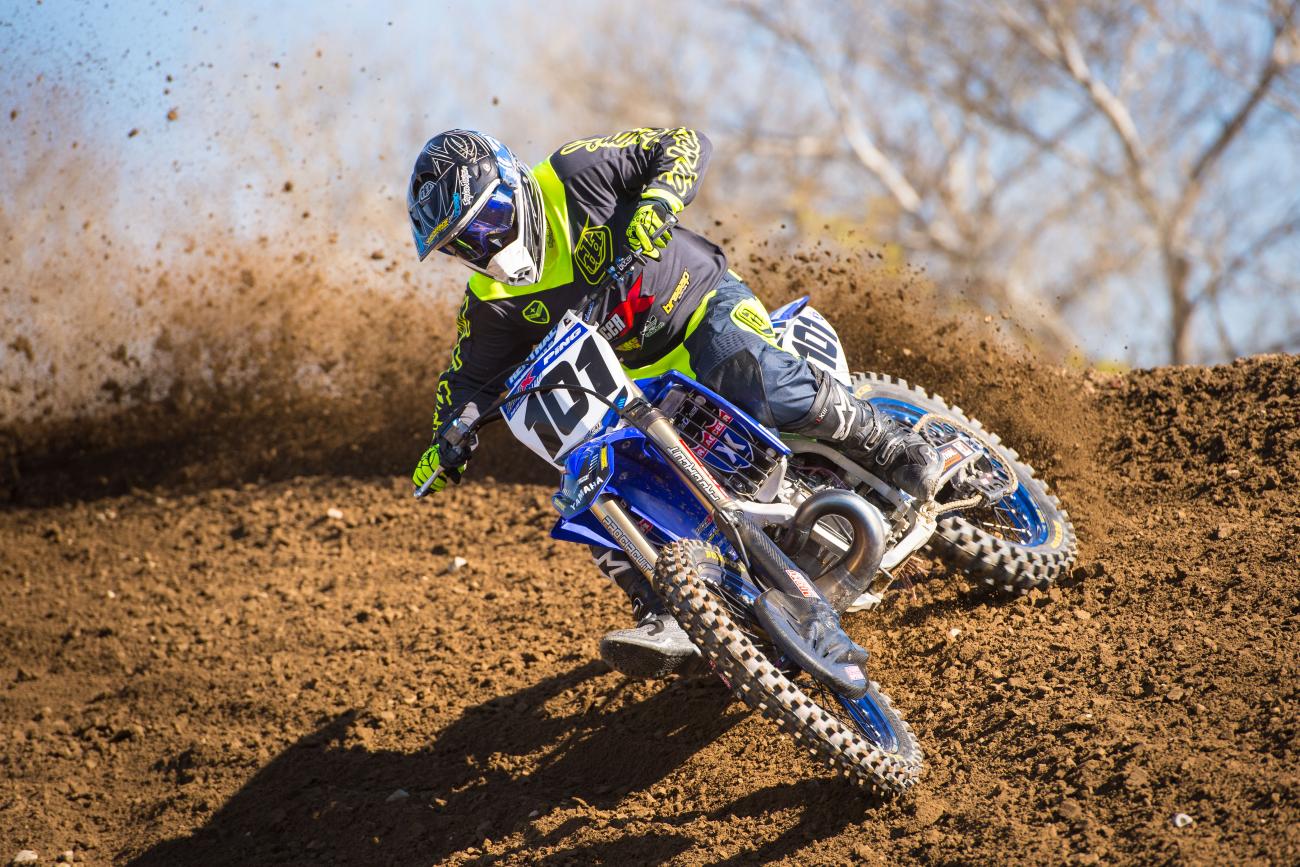 First off I just wanted to say that I love your column and that you are forever memorialized in my basement bar via a Pro Circuit Poster that had KX125’s with chrome plastic that year and your hair was perfect (insert "Werewolves of London" song). After years of racing everything from 125’s to 500’s to 450’s, I have decided it is time to give up the racing and professional practice riding. I have had numerous injuries that have required four surgeries. My last crash was my come-to-Jesus moment as I could not feel anything from the waist down for about a minute or two, but just ended up with a PCL replacement in my right knee at 44 years of age. So the bike is sold and now I am feeling empty and confused.

People say to get back into it and just ride slower, but how can you do this and still have fun once you have reached a certain level?  The four-stroke extended my riding years, made me faster and gave me the confidence to try things that I would not even think about on a two stroke. However it seems that the injuries that come with riding it are more severe. After every injury I never thought twice about getting back on the bike, but now with career and family I keep hearing my father’s words “Do you think a responsible adult should be doing something so dangerous?” With you being a firefighter now don’t you worry about getting injured while riding? How do you still ride and not push it or do you? How do you overcome the mental side of not getting hurt again?

Sorry to hear you smashed yourself up a bit. Getting old sucks and nursing an injury or surgery while you’re old is even worse. Keep those narcotic pain-med prescriptions filled, brother. Four-strokes have definitely made it easier to go fast and one thing that worsens injury in a crash is speed. That and dropping out of the sky from a big jump. As you mentioned, you were willing to jump things you wouldn’t have otherwise thought about on a two-stroke. Those two things produce bigger and more frequent injuries, in my opinion. For those who are debating keeping their bike or selling it and taking up golf (lame), I would suggest not making any rash decisions. You don’t have to return to the motocross track if you are worried about getting hurt. Depending on where you live, there are some really fun trail rides and off-road events that would be a safer option. I've definitely rolled off the throttle the past couple years because the repercussions of getting hurt right now are significant and, for me, not worth it. I’ve found that when you are constantly worried about getting hurt you don’t have nearly as much fun riding. The best part of riding is getting lost in the moment not thinking about anything other than what you are doing at that moment. If you can’t get into that mindset you need to try something else, perhaps the off-road option I mentioned earlier. If you still can’t seem to enjoy yourself on the bike, it might be time to trade the pain-med prescriptions for some anti-depressants. So, I’d maybe give the trail riding thing a try first.

I've raced at Loretta's these last past years in the schoolboy 1 class, and I've noticed that a lot of fans come out to watch that class race. I no longer race a 125 and have no plans of racing one again. But I imagine that fans enjoy watching the 125s scream around a track. My question is do you think it would be a good idea to make and add a professional 125 class to the Lucas oil motocross series?  I think having 125s on a supercross track is a very bad idea. By adding an extra 125 class, it gives the fans more bang for their buck, and more racing to watch. And it could give the riders more time for recovery in between motos for the 250 and 450 class. Any thoughts?

I feel like I’m always pumping up two-strokes and there are probably a lot of folks who wish I would just shut my big yapper about two-strokes. Those folks can pound sand. I am a big believer that the 125 was a key bike for our sport. It was an affordable machine and the best way to transition from a mini bike to a big bike. A 125 support class race before the start of the nationals would be great for fans, kids, and anybody who misses the old days. There's a two-stroke race at the Glen Helen National this year, but it's open to any size, which means Sean Collier will be out there destroying everybody on his KX500. I’m not saying that won’t be fun to watch, but seeing 125s scream up Mount St. Helen again would be epic. One problem, though, is that it's hard to fit any extra motos into the race day calendar with the one-day format and live TV windows--Glen Helen lucked out and the TV show needed to start later than usual, which gave them time, a luxury not every National will have. Hopefully we’ll see it somewhere in the near future.

In a recent post-race interview with Jason Anderson he tried get a plug in for a sponsor by holding up a white towel. I could not understand what marble mouth was saying so I rewound and watched in slow motion. The towel said "HELL" on it. Is this dumb ass a devil worshipper?

Marble-mouth, huh? Yeah, I guess it would be tough to annunciate when you're up on the podium after twenty laps of being awesome and having champagne sprayed in your eyes and massive checks being thrown at you. I’m sure from the couch with your bloated belly hanging out you can clearly pronounce all those who have helped you get where you are, like Pabst Blue Ribbon, Doritos, and your mom. Good for you. The sponsor Jason (not a devil worshipper) was trying to plug was HLTN, a clothing brand of which he is a co-owner. One of their slogans is simply "Hell yes," and I’m guessing only half the towel was showing. I’ll let Jason know that his fans are having trouble understanding him, and if he isn’t busy counting money and sorting through phone numbers from girls at the races, maybe he’ll work on it for you.