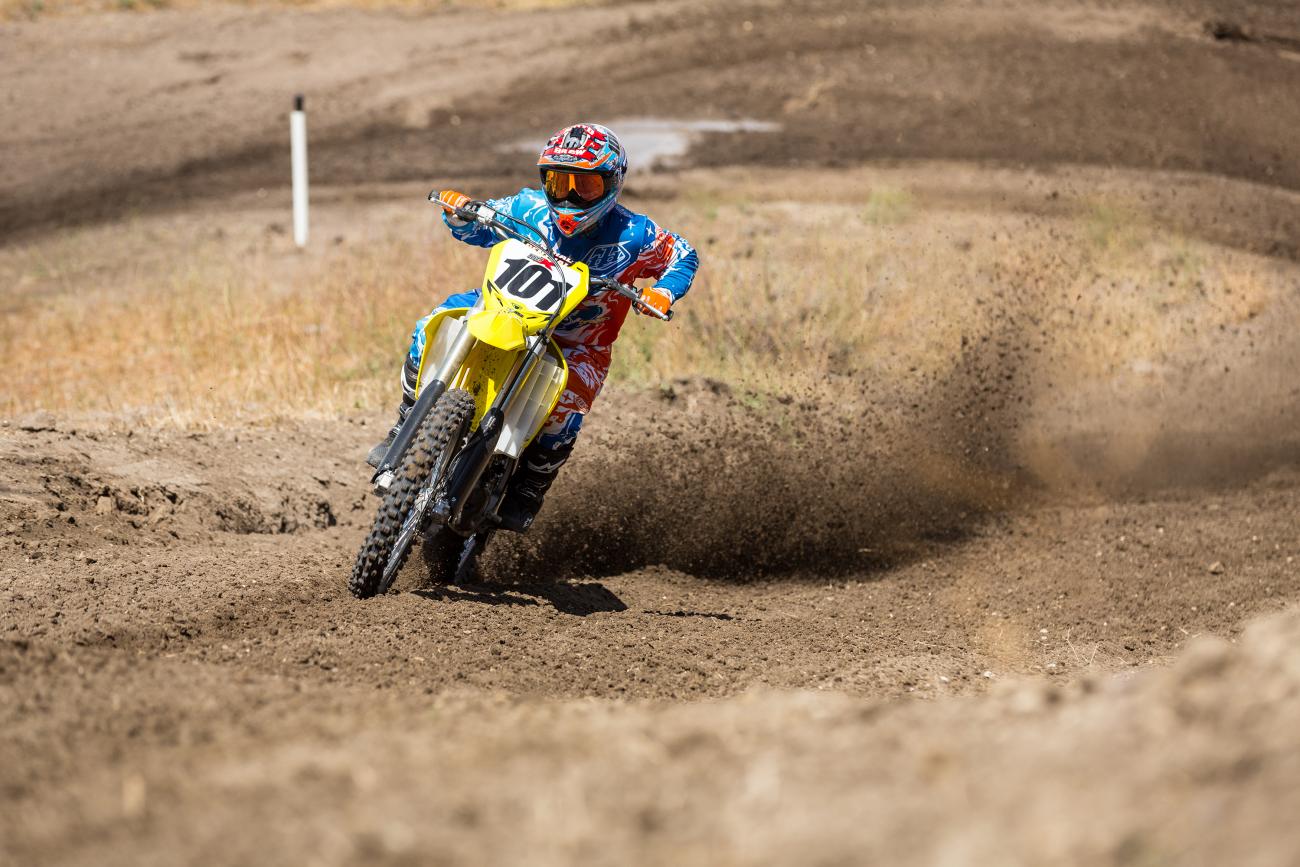 Just finished reading “5 Minutes With Mitch Payton” and have a question related to RV’s performance at the GP. More specifically, Mitch’s (and many others) comments on bike set up as a contributing factor to his less-than-expected (by many) performance. Paraphrasing, I’ve read a lot of, “He’s been training in the U.S. and his bike is set up for those tracks. The GP tracks are much different and he doesn’t have his settings dialed.”

My question is, what is so different about the GP tracks that separate them from those here in the U.S.? Is it how they groom them? Are the turns less/more rutted, the jumps bigger? As a layman, I assume braking bumps, chopped-out ruts and blue groove happens on European soil the same as it does in the U.S. What is so different about setting a bike up for a MX track in Europe, Qatar, Thailand etc… as opposed to one in the States? I find it odd that if the tracks are smoother/rougher or whatever, Ryan couldn’t have set up practice tracks to mimic those conditions here.

Having said that, I know Ryan is ALSO dealing with other variables like jet lag, food, new crew, new schedule etc… I’m happy he’s over there and if he finishes 1st or 10th at the end of the year, I think he’ll do a great job representing us in the GPs. I know I’m 1 American who is following that series a LOT closer than I ever have.

I was as surprised as anybody when I saw the results from the opening round in Qatar. I knew Ryan was taking on a lot by jumping into that series, including all of the things you mentioned and more. I know it seems like dirt is dirt and it shouldn’t be that big of a transition, but it's a whole other world. I never raced GPs but I went over and did a couple Masters of Motocross events in the late 1990s, and their idea of how a track should look is very different from ours. In the States we till the dirt very deep and water it until it is a soupy mess. The opening practice is typically a muddy affair and by race time that creates numerous ruts, which are deep and sticky. The braking bumps that build are waist deep and made of soft, spongy dirt. This leaves a softer, tackier racing surface throughout the day with a soft cushion around the edge if you get off the racing line. We only have one day of racing, and if the track is ridden by amateurs the day prior it's prepped completely before pro day. Of course each track here is a little different, but we’ve adopted a certain way of prepping tracks and that method is used by every pro venue. The GP tracks run a long series of practice and qualifying events throughout the day on Saturday. Tracks aren’t ripped up as deep so they don’t get the massive ruts and bumps but more shallow ruts and small, sharp chop. The biggest kicker is that they don’t touch the track from Saturday to Sunday. Water is put down and the GPs' finest head out Sunday morning on a track that already has a full day of riding on it. As you can imagine the traction goes away quickly and the racing surface becomes slick with chatter bumps and sharp holes around it. So, the bike has a much stiffer suspension setup and a more aggressive engine package to ride the tracks harder. The GPs require a much softer suspension and an engine that rolls on very easily and doesn’t have too much hit that would break the rear wheel loose. Belgian sand is the obvious exception to this rule, but I think you’ll hear that Ryan abandons more of his US settings and goes to something softer that will work better over there.

Years ago you would hear stories that mechanic Brian Lunniss was making more money spinning wrenches for Hannah and RJ then some of the factory riders were making. Are factory level mechanics today paid that kind of money or is the era of "superstar" mechanics long gone?

That’s a great question, and while I don’t have bank info for any of the top mechanics today I know they do very well if they are hooked up with a rider who is winning championships. If guys like “Looney” were making more money back in the 1980s and 1990s, it’s because they earned it. Back then it was entirely up to the mechanic to break down their race bike and rebuild the engine, chassis, wheels, tires, graphics, etc. When they finished that they hopped in their box vans and drove across the country to the next event, usually in a Smokey-and-the-Bandit-type of convoy. They did the grocery shopping and set up their own pit area, and then did all the wrench spinning and pit boarding themselves only to break down and repeat that process again, week after week. These days there is an engine guy who builds the engines, a suspension guy who builds the suspension, a tire guy who changes the tires, a truck driver who handles everything related to the transporter, a goggle guy who brings by a stack of goggles, a helmet guy who comes and changes your helmet liners, and a desperate agent or man-friend who follows a rider around cleaning their stuff and making sandwiches for everybody. It's a much different time. That leaves the modern mechanic to fly in to each race to change parts on the bike and install all the components back into the chassis, fill the fuel tank, and make sure the graphics are looking good. I’m not saying it’s an easy job but it looks much different than it did a couple decades ago. If a good mechanic started at $80,000 salary and got a $5,000 bonus for every race win and a $25,000 championship bonus and he was working for a guy who was winning he could do well.

Why does Jeremy Martin always pull so many tearoffs on the gate? I counted 6 at Daytona.

Goggle reps bring by bags of goggles for the top riders and they are prepped for the worst case scenario. That means they assume the riders are going to get a bad start and the track is going to be freshly watered and they mount the appropriate number of tear-offs… about 248 of them. Even with laminates you can only look through so many layers of plastic before it seems like you are peering through the plexiglass orca tank at Sea World. That’s no way to go into a first turn full of maniacs so what Jeremy, and many others, do prior to the gate drop is peel tear-offs down to a reasonable number for the conditions at hand. Unless it was a total mudder I always peeled down to five or six before the start but each rider has his own preferences. Hope that clears things up for you, no pun intended.