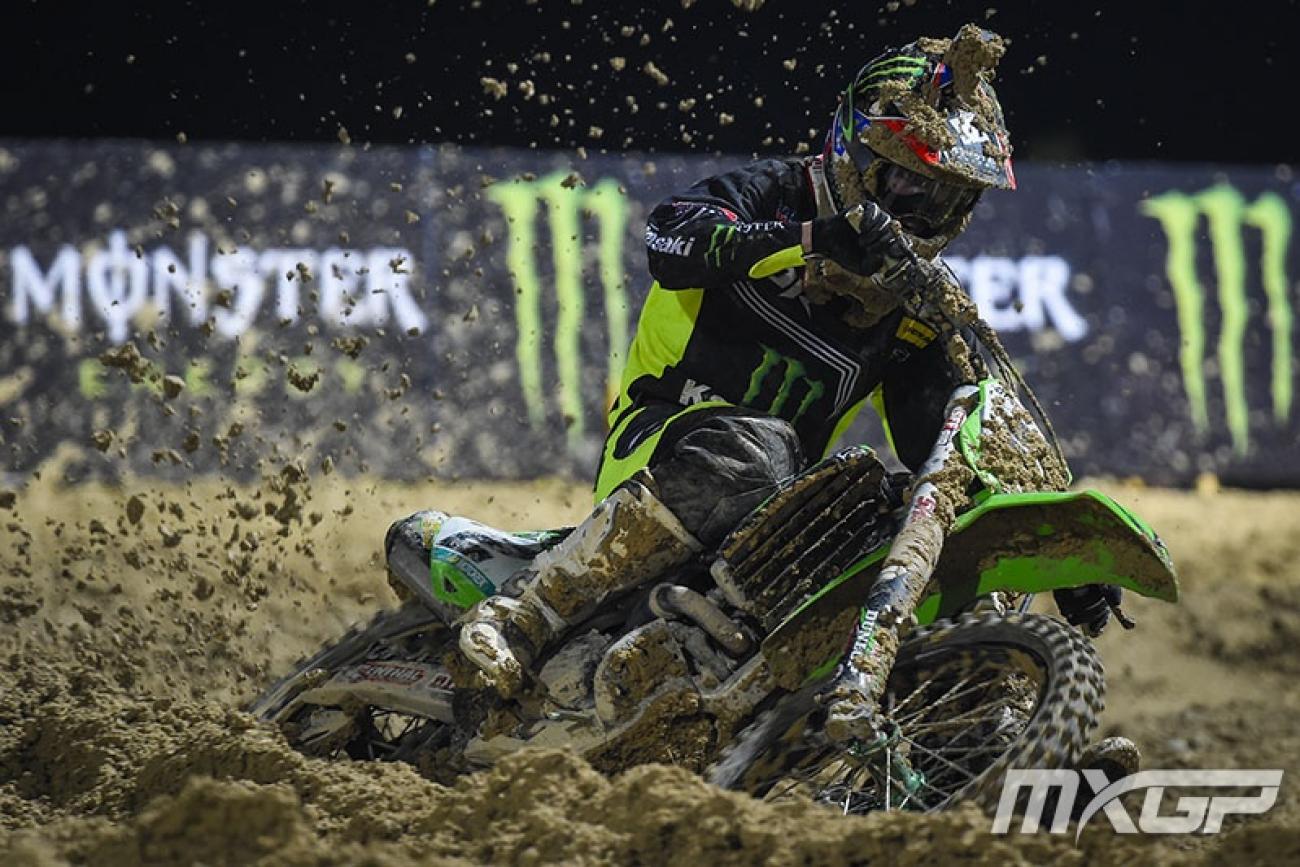 Stay right here all day for results from the opening round. You can watch here or follow on live timing here.

We have an upset in Qatar. Max Nagl has sweep both motos ahead of Clement Desalle and eight-time world champion Antonio Cairoli. Nagl won Race 2 over Desalle over Gautier Paulin. Ryan Villlopoto finished eighth.

Jeffrey Herlings is back. Following a failed MX2 title run last year due to a broken femur, Herlings has sweep the opening round in Qatar. Herlings lead start to finish in Race 2 and captured the overall with a 1-1 finish. Julien Lieber and Aleksandr Tonkov rounded out the podium in Race 2. Lieber and Dylan Ferrandis finished behind Herlings in the overall.

Livia Lancelot has sweep the WMX Class in Qatar. Kiara Fontanesi went 2-2 for second overall with Meghan Rutledge (20-18) rounding out the podium.

Ryan Villopoto had a tough start to his MXGP career. In Race 1, Villopoto stalled on the start and was way back early. He worked his way into the top fifteen before coming together with Jose Butron and going down. He regrouped and worked his way up to ninth at race end. Up front it was Germany's Max Nagl with the win over Clement Desalle and defending champion Antonio Cairoli.

It wasn't easy, but Jeffrey Herlings is back atop the MX2 food chain. The two-time champion, returning from a broken femur, has won the opening MX2 race in Qatar. Dylan Ferrandis, who won the opening moto in Qatar a year ago, passed Herlings for the lead early in the race and seemed to have the race in hand. But Herlings mounted a late charge and regained the lead. Ferrandis would over a late fight from Julien Lieber to hold on for second. American Thomas Covington finished eleventh. MXGP Race 1 is up next.

The 2015 FIM World Motocross Championship is off and running under the lights in Qatar. In WMX Race 1, Livia Lancelot (France) outlasted Kiara Fontanesi (Italy) to capture the Race 1 win. Australia's Meghan Rutledge finished third. MX2 Race 1 is up next.